The plastic bottle recycling rate in the U.S. is slowing, reducing our resource recovery opportunities.

I drew that conclusion after reading a press release issued by the Association of Plastic Recyclers (APR) and the American Chemistry Council (ACC) last month. The headline on the release—“Plastic Bottle Recycling in U.S. Tops 3 Billion Pounds for First Time”—gives no hint of the slowing that’s taking place.

But a close reading of the 2014 United States National Postconsumer Plastics Bottle Recycling Report, (pwgo.to/1907), which triggered the release, convinces me that the quest to conserve and recover resources from our packaging production stream needs a boost. The time has come to invest more in waste-to-energy (WtE) facilities in the U.S. so that we can recover more resources, more efficiently, from our packaging discards. This is a matter of particular urgency for flexible packaging, which continues to displace various rigid packaging formats despite the fact that recycling flexible packaging remains a largely unsolved puzzle.

Now in its 25th year, the U.S. plastic bottle recycling report is a comprehensive annual assessment of plastic bottle recycling in America by the Plastics Division of the American Chemistry Council (ACC) and the Association of Plastic Recyclers (APR). The study measures the amount of high-density polyethylene (HDPE) and polypropylene (PP) bottles collected for recycling, as well as the rate of recycling of those bottles. This study includes post-consumer recycling values and comments for polyethylene terephthalate (PET) developed by the National Association for PET Container Resources (NAPCOR) and APR.

NAPCOR, which contributed its insight on U.S. PET bottle recycling to the report, notes that the recycling collection rate for PET bottles dipped slightly from 31.2% in 2013 to 31.0% in 2014. The compounded annual growth rate (CAGR) for plastic bottle recycling for the previous 5 years was 4.1%, according to the APR/ACC report, another indication of the slowing trend.

Plastics isn’t the only packaging material that’s landfilled, but it’s the most likely to be dumped. The Environmental Protection Agency (EPA) says, “Containers and packaging make up the largest portion of municipal solid waste (MSW) generated [in 2013]: 29.8%, or over 75 million tons.” EPA estimates that in 2013 more than 75% of paper and paperboard packaging, 72% of steel packaging (mostly cans) and almost 39% of aluminum packaging, including over 55% of aluminum beverage cans and 34% of glass containers were recycled, but only a little more than 14% of plastic packaging—mostly soft drink, milk and water bottles—and virtually no flexibles—were recycled (pwgo.to/1908).

The benefits of WtE processing of waste—particularly “non-recyclable” packaging materials such as multi-material flexible packaging structures – are hard to ignore. They include:

• generating revenue through tipping fees and the sale of recovered metals and renewable energy.

Despite these benefits, WtE couldn’t shake its mid-20th Century reputation as a “dirty” technology spewing noxious greenhouse gases into the air and leaching toxins into the land and groundwater wherever they were placed. That bad rep and the falling cost of oil that helped keep landfills a cheaper waste disposal option put WtE facility construction on hold until earlier this year. That’s when Palm Beach County, Florida brought the country’s largest, most modern and most efficient energy from MSW plant on stream as Renewable Energy Facility #2.

The Florida plant could become a template for future WtE facilities in the U.S. It also should be a “must see” stop for the Materials Recovery for the Future (MRFF) coalition as they look to create “a mainstream recovery solution for flexible packaging.” (pwgo.to/1909) 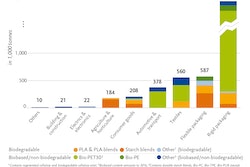 With low oil prices, how are bioplastics faring? 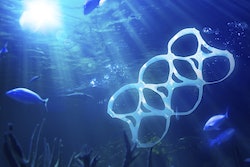 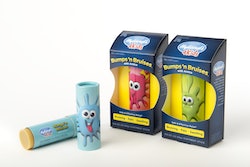