The iconic ketchup company estimates that it will introduce 120 million 20-oz PlantBottle packages in 2011 into the U.S.

The Coca-Cola Co. and H.J. Heinz Co. have announced a strategic partnership that enables Heinz to produce its ketchup bottles using Coca-Cola's breakthrough PlantBottle™ packaging. The PET plastic bottles are made partially from plants and have a lower reliance on nonrenewable resources compared with traditional PET plastic bottles. The partnership is an industry-first, and one that both companies say they hope others will follow to transform how food is packaged around the world.

PlantBottle packaging looks, feels, and functions just like traditional PET plastic, and remains fully recyclable. The only difference is that up to 30% of the material is made from plants. The plant material is produced through an innovative process that turns natural sugars found in plants into a key component for PET plastic. Currently, PlantBottle is made using sugarcane ethanol from Brazil.

“PlantBottle is revolutionizing plastic, and our partnership with Heinz is paving the way for industry-wide collaboration,” says Muhtar Kent, chairman and CEO of The Coca-Cola Co. (pictured at left). “This partnership is a great example of how businesses are working together to advance smart technologies that make a difference to our consumers and the planet we all share.

Heinz’s adoption of the PlantBottle technology will be the biggest change to its iconic ketchup bottles since they first introduced plastic in 1983.

“The partnership of Coca-Cola and Heinz is a model of collaboration in the food and beverage industry that will make a sustainable difference for the planet,” says Heinz chairman, president, and CEO William R. Johnson (pictured at right). “Heinz Ketchup is going to convert to PlantBottle globally, beginning with our best-selling 20-ounce variety of Heinz Ketchup, which will reach consumers this summer.”

Heinz will launch PlantBottle in all 20-oz ketchup bottles in June with “talking labels” asking, “GUESS WHAT MY BOTTLE IS MADE OF?” Packaging will be identified by a special logo and on-pack messages. Heinz notes that switching to PlantBottle is another important step in its global sustainability initiative to reduce greenhouse gas emissions, solid waste, water consumption, and energy usage at least 20% by 2015.

Heinz estimates that it will introduce 120 million PlantBottle packages in 2011, and The Coca-Cola Co. will use more than 5 billion during the same time. Together, the companies say they will significantly reduce potential carbon emissions while adding more renewable materials to the recycling stream. In time, plastic Heinz Ketchup bottles globally will be made from PlantBottle packaging, and by 2020, Coca-Cola’s goal is to transition all of its plastic packaging to PlantBottle packaging. 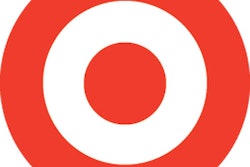 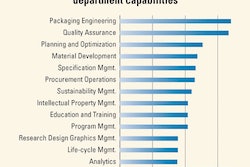