TSE also ranked PACK EXPO International as “37th Fastest-Growing Show of 2014” in the “Number of Exhibiting Companies” category, and honored the show with its Gold 100 Award for its status as one of the largest trade shows of 2014 in net square feet of exhibit space.

The growth of PACK EXPO has been notable throughout its 59-year history. Since PMMI introduced PACK EXPO in 1956, it has evolved from a single show with 136 exhibitors, 5,000 attendees and 43,116 net square feet of exhibit space into a portfolio with more than seven shows in the United States and Mexico. The first of the trade shows, now known as PACK EXPO International, takes place biennially at Chicago’s McCormick Place, and hosted 48,400 attendees and 2,352 exhibitors in more than 1.2 million net square feet of exhibit space in 2014.

“PMMI has long been considered a maverick in the trade show industry, with bold ideas ranging from its in-house service contractor to its unique exhibitor package plans. PMMI’s strong management team, led by [President & CEO] Chuck Yuska, keeps PACK EXPO International thriving with its focus on creating great value for exhibitors and developing programs that make it a must-attend event,” Gudea says.

PMMI’s next event, PACK EXPO Las Vegas 2015, takes place Sept. 28–30 at the Las Vegas Convention Center, and includes the co-located Pharma EXPO. The combined event will welcome more than 2,000 exhibitors and 30,000 attendees in over 800,000 net square feet of exhibit space.

To learn more about PACK EXPO Las Vegas, visit packexpolasvegas.com. Registration is $30 per person through Sept. 14, when it increases to $100, and includes admission to all exhibits. 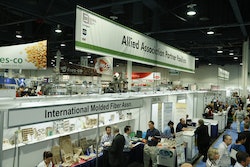 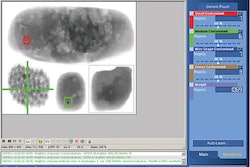 FSMA solutions to be had at Vegas show 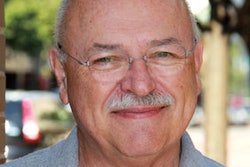