Consumers are changing their habits. They are making their selections on Consumer Packaged Goods products based on an ever-changing set of criteria. From digital shopping to home delivery, consumers continue to form a new world of shopping (and shipping). Even consumers still visiting traditional grocery and retail stores are making their choices on new and different criteria such as sustainability and other socially conscious values.

As CPGs continue to be under fire to respond to consumers’ changing demands, they are pressed to develop new products, or at least new packaging for their products, more quickly than ever before. The subject of Contract Packaging magazine, and indeed the membership of organizations like CPA –The Association for Contract Packagers and Manufacturers, is a growing subject of focus in many organizations. But, the reasons for CPGs to partner with contract packagers and manufacturers can be varied. The reasons a CPG company might choose a co-man might include:

2.     The right co-man provides for a nimble development process with product and/or package, helping the CPG to move more quickly.

3.     The CPG may be trying to keep something “off the radar,” and the co-man may enhance the management of secrecy and confidentiality.

4.     The CPG is partnering with a co-packer to keep risk out of their mainstream production systems.

No matter the reason a CPG pursues a relationship with a co-man, there are many aspects to what creates success in these partnerships. I often hear that one of the most consistent factors discussed by industry friends is the relationship they maintain with their partners. I believe relationships have enabled my project teams to identify those partnerships that extended our team and our capabilities the most. So, let’s look at what makes a great relationship.

I believe great relationships have many factors, some of which may be uncontrollable. For instance, personality fit (or misfit) may occur simply by chance. However, there are other factors—controllable factors, I believe—that can have a profound effect on a successful CPG/co-man relationship, including:

·      The promise of confidentiality

Over the next several issues of CP magazine, we’ll tackle this list of relationship “pillars.” Today, let’s get started on two of the biggest.

The provision for safety

When I worked in the paper industry, worker safety was routinely at the forefront of every meeting, discussion, communication, and report. Capital project updates addressed safety. Operations meetings addressed safety. Water cooler conversations… well, you get the point. In fact, the paper industry was long considered one of the most dangerous industries for worker safety for decades. Big machines, heavy materials and work-in-process, and high speeds all combine to create some dangerous conditions.

As I began my career in the food industry, I saw safety managed somewhat differently. How safety was addressed could vary greatly across companies. But, food safety was always the topic du jour. There are other venues for more complete discussions on the topic, but suffice it to say that a solid relationship will have a strong grounding in safety. Whether the topic is worker safety or food safety, getting this area right in any relationship is of utmost importance.

But, the safety conversation is not always an easy one. Sometimes the CPG and the partner have differing approaches to safety (food or personal safety). Addressing this early may create significant tension right when the two entities are trying to strike an accord to work together. The CPG has a brand to protect. A food safety issue for the co-man may mean loss of all credibility. For either party, when credibility is lost in such a sensitive area, a significant loss of business can often follow.

The presence of trust

Many have said that trust, like respect, is not given, but must be earned. However, I would argue that trust must be first extended, then substantiated. To enter into a partnership without trust extended at the beginning is to withhold many of the most critical characteristics on which a partnership depends. Some of those were listed in our pillars earlier in this column. Safety, honesty, and confidentiality all play a role in trust. Now, I’m not saying that co-man relationships I’ve been involved in haven’t included key documents like NDA’s, Development Agreements, or contracts. After all, there’s a difference between trust with prudence and blind trust! I’m also quite sure many reading this article have been involved in successful business relationships that were more transactional than trusting. So, both prudence and trust have their place.

But, whether a CPG goes to a co-man to look for smaller-scale assistance with development, speed to market, or some other form of “help,” the CPG has an expectation—a trust, if you will—that the selected co-man possesses key capabilities, capacities, and characteristics that will yield a successful result. The CPG trusts these things at the outset and then substantiates that trust through the course of an engagement. Regardless of the outcome of the project or product in the marketplace, the engagements that do the best job of substantiating the initial trust of the CPG are usually the engagements that get repeated.

We’ll explore more detailed components of trust and other issues affecting the working relationships between CPG and co-man partners in future issues. In the meantime, keep working to extend the trust! 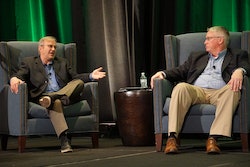 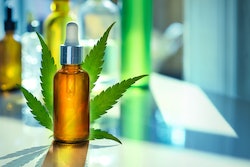 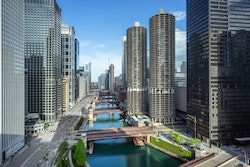 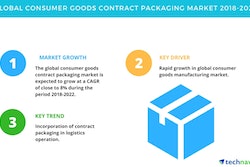