Retailers and consumers have never been more aligned, and ConAgra’s deal to buy Ralcorp confirms that store brands may be outpacing the icons of the American cupboard.

Jim Salak
Retailers are turning to the Tetra Recart carton for their own-brand offerings partly because its compact shape puts the same amount of product in about a 44 percent smaller space than a rounded container.

“We expect growth in private label food to continue to outpace growth in branded food.”

With this statement in a story carried by U.S. News and World Report, ConAgra CEO Gary Rodkin made it clear that private label food will continue its onslaught on store brands. From the Jolly Green Giant on down to the Keebler Elves, national food labels are feeling the tremors of a seismic shift in the grocery aisles.

In a fast-moving trend that shows no sign of letting up, a mix of economic and demographic factors are driving ever more consumers into the arms of retailer-owned brands. Smartly packaged and sophisticated, these lines are worlds away from their “generic” or copycat predecessors. Grocery receipts tell the tale: store brands raked in a whopping $90 billion in revenue for 2011 alone, and over the past five years grew at six percent versus two percent.  That is triple the rate of their nationally branded counterparts, according to a recent report by market forecaster Rabobank.

The growing power of these labels is fueled by the many advantages store brands enjoy, including the ability to customize products to specific shoppers since today’s retailers know more about the customers who walk through their doors than ever before. This information acts as a blueprint to create products that are primed for success from formulation to packaging, which studies show may be the most influential part of its marketing.

“Many retailers today are not just offering an alternative product for their customers to consider, they’re building brands that support and reflect the values and the expectations of their overall company and the shopping experience,” says Joe McKie, vice president of private brands at the Food Marketing Institute.

As a result of this sea change, packaging has never been more important. A can, a jar, or an aseptic carton such as Tetra Pak’s Tetra Recart all communicate something different, and retailers are using these differences to set their brands apart and play to what today’s sophisticated shoppers want. All this makes the stakes high for those on both sides of the register, because store brands are more profitable for retailers and typically more economical for consumers, who are increasingly after high value.

That's why packaging is as important as it is today. More than 70 percent of consumers decide what to buy at the store shelf, and product packaging has less than three seconds to grab their attention, according to the British Design Council. Coupled with the fact that supermarkets can contain on average 40,000 products, packaging has to work hard and fast to convey its brand’s assets.

‘Battle of the brands’

So a package's shape and size, strong graphics, messaging, materials, and sustainability are integral to this ‘battle of the brands’ since they affect a consumer’s purchasing decision with such immediacy. And they do so by creating a set of expectations about the looks, quality, and taste of what will be inside. So from the get-go, the decision about which type of packaging to use is critical.

In response, store brands are increasingly offering high quality, innovative, and smartly packaged products that leverage the built-in strategic advantages retailers have in marketing and promoting their own products. And for good reason. Store brands in the U.S. are expected to reach European levels of market penetration, 25 to 30 percent, within the decade—up from under 20 percent today. By 2025, the forecasters say one in every three products bought in the U.S. will be a retailer-owned brand.

Ralcorp makes store-branded goods for Wal-Mart and Kroger, the two largest food retailers in the nation.  They are also among the most influential to recognize the value of store brands.  Great Value, the in-house label Wal-Mart launched in 1993, has been the single fastest-growing brand in the U.S. over the past five years, according the market research firm NPD Group.  And Kroger has big plans to grow its store-branded lines after it finished its last fiscal year with strong sales thanks to these products, which outpaced CPG brands, notes Store Brands Decisions.

“Adding Ralcorp provides us with a much larger presence in the attractive and growing private label segment,” notes ConAgra’s Rodkin in the Wall St. Journal. It also gives ConAgra a bigger playing field.  Besides Wal-Mart and Kroger, other grocery giants that have followed suit with house-managed labels include Safeway, Publix, Whole Foods and Costco, which all have actively experimenting, ever-expanding, and attractive store brands.

Grocery stores also have a great fiscal advantage in this playing field since they can offer their own products at highly competitive prices and still make substantially more money from them for one simple reason: they own the shelves. Outside brands have to pay to play, and pay an average 20 percent of the product’s price to get access that real estate—and even more for prime locations like end caps. Part of that money goes to fuel things like shopper circular coupons, which may still not pull their prices even with the more competitive store brands.

That puts national brands at a decided disadvantage, particularly when you consider that even highly respected brands just don’t enjoy the same influence with consumers they once did. A recent consumer survey by Deloitte found that consumers see store brands as equal in quality to their national counterparts. And, increasingly, consumers chalk up the difference in price to expensive advertising and marketing done by the national brands.

But more telling is recent research from Mintel’s Budget Shopper (2012). It shows that 39 percent of shoppers measure the quality of a retailer by its store brands, and Millennials (loosely defined as 18 to 34-year-olds) are much more likely to purchase store brands (63 percent of all food items they buy weekly are store brands, as opposed to 52 percent for the general population). These numbers offer a strong incentive for retailers to invest in quality options, especially as Millennials age and other demographic groups contract.

It also makes it clear that the competition is on for the big brands.  In fact, some private labels have been so innovative that the big brands are following their lead to replicate their successes. ConAgra was also a high-profile case in point when they bought out private label category leader National Pretzel Company last year—even though ConAgra already owned Rold Gold, the nation’s second highest selling pretzel brand in 2011, according to AIB International.

National Pretzel was “by far the biggest player on the private label side of the pretzel category,” say’s ConAgra’s Gary Rodkin in Baking Business. But ConAgra bought the company because of the technology they developed—“peanut butter filled pretzels, which you can find at a number of retailers like Trader Joe’s or Costco,” notes Rodkin.

The bottom line: ConAgra is now following the leaders—namely store brands offering this same product—and aiming to become a major player in this lucrative, retailer-controlled field. Future acquisitions are sure to follow, as ConAgra has set a goal of becoming “the fastest-growing private label business” within five years.

And that brings us to the defining feature of the battle between store brands and national brands: it’s no longer taking place on the airwaves or in the pages of magazines, but on the store shelves the retailers control and consumers peruse for a mere three seconds. That means a package’s shape, size, graphics, messaging, materials, and sustainability are integral to this "battle of the brands." Packaging creates a set of expectations about the looks, quality, and taste of what will be inside.

Naturally, Trader Joe’s, which could easily sport the tagline "Where Millennials Go To Shop," was among the earliest adopters of Tetra Recart—but they’re not alone. Upscale cousin Whole Foods has moved its 365 brand partially into Tetra Recart and, when the chain recently won a “Retail Innovator of the Year” award from Store Brand Decisions Magazine for 2012, packaging design was one of the judging criteria.

The decision to use Tetra Recart makes sense in light of the numbers. From 2009 to 2011, spending among Millenials grew some 13% to $306 billion annually. Discretionary spending grew 10% during this same span, up to $69 billion from $62.7 billion according to a recent study by youth trend agency, Y-Pulse.

Millenials are also among the most consistent consumers of store brands, because unlike their Baby Boomer predecessors, they are not brand-focused. In fact, shoppers in this demographic are so unmoved by national brand television advertising and so varied in their shopping habits, that analysts have coined a new term for them: “brand promiscuous.”

And store brands have given them so much reason to buy them that long gone are the days where shoppers would hide these products in their carts under more prestigious nationally advertised counterparts. Innovations in taste, quality, and packaging have liberated these brands from early perceptions that surrounded them when they emerged some 35 years ago, and many are well-loved pantry staples. In truth, they offer something for everyone given their scope; offerings range from ingredients and mixes to fully prepared meals and entire lines of ethnic, healthy options.

They also give retailers an edge. “As the competition for the shopper’s spend expands and ‘groceries’ are sold across a broad range of formats, there is the realization that a retailer’s ‘own brands’ are the only products their customers cannot purchase anywhere else,” says FMI’s McKie. “And their ‘own brands’ are the only products that offer them the control to specify the quality, the benefits, and the value that ultimately becomes their brand equity.”

A perfect example is Trader Joe’s, the wildly successful grocery chain known for its own high quality organic, gourmet, and imported specialty products and staples at value-oriented prices. Its gross sales approached $9 billion last year—which puts it neck-and-neck with Whole Foods. Customers of every type—from the health conscious to the gourmand—routinely mount campaigns to entice Trader Joe’s to locate new stores in their neighborhoods, which is all the more remarkable when you consider that over 80 percent of the products they are lining up to buy are sold under the store’s in-house label, as documented by the web pub Store Brand Decisions.

Thanks to the underlying demographics that signal the growing power of this trend, we are destined to see more and increasingly sophisticated offerings from store brands. The savviest retailers will recognize that packaging is key as the battle for customers continues to move off of the airwaves and into the aisles. Those who seize control of the entire product thoughtfully, and remember the three-second rule, will see their sales surge still further. Certainly there are lessons here for the big brands about messaging, specialization, and presentation via packaging.

Jim Salak, director of the Retail Product Innovation Council since its founding in 2001, also serves as a consultant to leading packaging and product development companies. 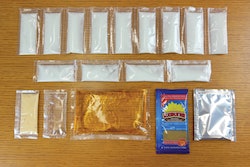 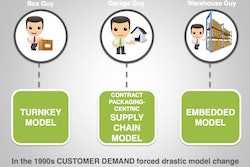 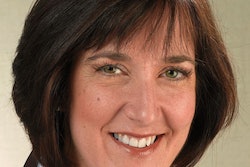