Bat bottle's a hit for Coors

Just in time for baseball's opening day was Coors Brewing's baseball bat-shaped bottle. The neck of the amber bottle used for 18-oz sizes of Coors Light and Original Coors doubles as the bat's handle.

The bottle base resembles the bat's end. Anchor Glass Container (Tampa, FL) produces the 111/2" H x nearly 3" W bottle via the narrow-neck blow-and-blow process. It used applied ceramic labeling for decoration in five areas, including stripes that wind nearly completely around the neck, mimicking the tape used by batters to enhance their grip. Debossed throughout the bottle (except for the neck and decorated areas) is a texture that simulates a bat's wood grain. Coors worked with Libby Perszyk Kathman (Cincinnati, OH) to design the bottle for this one-time three-month promotion that was launched in March. "The unusual bottle shape was challenging in terms of bottle handling on the filling line at our Golden, Colorado plant," admits Kevin Rusnock, project supervisor in packaging R&D. "But our engineers made some incredible modifications, particularly with drop case packing, and we added change parts throughout the line to get it done." Sold on- and off-premise for about $1.39, the bottles are distributed in 12-packs that, when stacked together, resemble a stadium. The box is decorated and allows retailers to cut away the top to show off the bottle. Coors also recently relaunched its Original Coors brand with what vice chairman and CEO Peter Coors calls "bold new graphics and improved product." Retailers nationwide began stocking the new brew in February. The 123-year-old flagship brand incorporates rich blue, gold and red colors. LPK also assisted on the new graphics, which appear on 12- and 16-oz aluminum cans, 12-, 16-, 32- and 40-oz glass bottles, as well as secondary and tertiary packaging. "The graphics reflect the product's heritage, which is important in appealing to the 21- to 29-year-old age group, because many of these young people may not be aware of the Coors tradition," notes Dave Taylor, corporate communications manager. 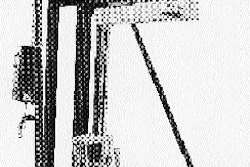 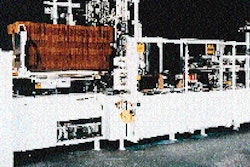 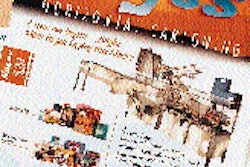 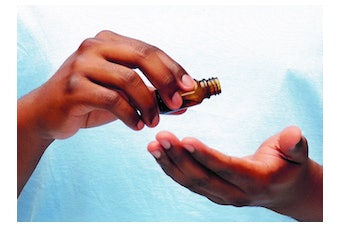