A move from RSCs to retail-ready packaging for its Peeps candy prompts Just Born to replace its manual secondary packaging process with fully automatic equipment.

As essential for an Easter basket as chocolate bunnies and jelly beans, marshmallow Peeps candy are a springtime staple. But they’re not just for Easter. Over the years, the Peeps line has expanded from the solitary yellow chick variety to a range of colors and shapes for virtually every holiday. For example, for Christmas, there’s a large, white marshmallow snowman, for Valentine’s Day, a milk chocolate-covered raspberry heart, and for Halloween, there’s an orange marshmallow pumpkin Peep.

To craft and package all these festive, sugar-covered treats, brand owner Just Born operates a half-million square-foot manufacturing plant in Bethlehem, PA. The facility opened in 1932 and since then has undergone significant expansion to accommodate the growing Peeps line as well as the company’s Mike and Ike and Hot Tamales jelly bean-type products.

In mid-2013, Just Born wanted to make a switch from RSC cases to retail-ready packaging on one of its four Peeps packaging lines. Explains Just Born Vice President of Operations Rob Sweatman, the company was interested in moving to RRP to make it easier for retail store personnel to stock the product and for better on-shelf presentation. But Just Born’s existing packaging process of manual case erecting, packing, and palletizing could not accommodate the wraparound case format.

To allow for automatic packing of the RRP, The Aagard Group, LLC furnished the line with secondary packaging equipment in spring 2014 that keeps Peeps rolling off the line, while reducing labor and providing package flexibility and ease of changeover.

As Sweatman relates, while the main driver for the installation of the new secondary packaging equipment was the move to RRP, the benefits of the new process went far beyond a new case format. “What we got was a system that provides surge protection with an accumulator, and automatic case packing and palletizing,” he says. “The machinery also resulted in a cost savings from reduced labor requirements and a reduced risk from liability related to manual operations.”

The line on which the new machinery was installed produces and packs Peeps chicks. Before the switch to automatic packaging, from six to 10 operators hand-packed flow-wrapped packages of Peeps into manually erected, top-load RSC cases, with 36 packages of Peeps per case. In this process, primary packages were laid flat in the case.

With the new equipment, three different flow-wrapped pack formats are run on the line: five-, 10-, and 15-ct trays, with each row of five Peeps stuck together in the pack. The primary packages are loaded horizontally into a wraparound case, holding 18, 24, or 36 packs. The RRP has a perforated area that is removed by retail store personnel before shelf stocking.

Because Just Born changes product configurations and case sizes frequently on the line, Sweatman says it was important that the machinery be user-friendly and provide efficient changeover. “We have operators of all different abilities working on the line, so the equipment had to be easy to operate,” he explains.

In terms of speed, Just Born was looking for a system that not only could keep up with its two horizontal flow wrappers—each operating at roughly 200/min for a five-count—but that also offered even greater speed in case of future upstream machine improvements. The Aagard system, Sweatman relates, operates at speeds to 500/min, easily accommodating the existing flow wrappers.

From there, the Aagard custom-engineered merger-accumulator module receives each lane of product onto servo-powered metering side belts. (Aagard’s standard control package is from Rockwell Automation.) The side belts are constructed to allow wrongly oriented trays to automatically drop out of the system without causing a stoppage. Each tray is individually counted, and a group of 18 trays is separated from the upstream product to be merged onto a center flighted conveyor. This prevents surge pressure or tray-size variations from affecting the merging operation.

Once the rows are combined, the conveyor moves the groups alongside the accumulation flights. In the event of a case-packer stoppage, a servo-powered cross pusher moves the trays onto the accumulator shelf, which elevates the trays. According to Aagard, it is important to keep the trays upright throughout the process to prevent product damage or smearing onto the package film. The accumulator provides for up to six minutes of surge protection for a five-count tray and significantly more time for the larger trays. Once the case packer resumes normal operation, the vertical flighted accumulator automatically merges accumulated trays back into the production stream while product is being received upstream. According to Aagard, the surge protection provided by the accumulator enables the entire system to have a guaranteed efficiency of 98.5%.

Once trays are discharged from the accumulator, they are conveyed to the custom-built case-packer infeed. A specially designed conveyor system prevents trays from turning during the transfer. The case-packer infeed features positive, servo-driven devices capable of collating stacks of trays at 510/min, with special emphasis on stack containment. The collated trays are loaded into a wraparound display case. The case is then glued and sealed in the indexing flight case packer, after which it is inspected for open flaps before being discharged to the palletizer. Alternatively, cases selected for quality control inspection or open flaps are automatically rejected from the system.

Finished cases are then transferred past an integrated Markem 5400 four-head ink-jet printer, after which they are carried to the palletizer. The custom-designed palletizer has the capability to build pallets on a slip sheet, or directly on the conveyor. A two-axis case turner is used as needed to rotate individual cases for each pack pattern, and to protect the perforated display portion of the RRP case during shipping.

Each row of cases is formed at the end of the conveyor, from which the two-axis gantry palletizer robot picks them up with vacuum end-of-arm tool and places them on the pallet. Tier sheets are also placed between layers as dictated for each pallet. A servo-powered sheet picker allows the magazine to be loaded at a low elevation while allowing sheets to be placed at any level. The palletizer is specially built to handle column-stacked cubes up to 100 in. tall. The transfer out of the palletizer features tightly spaced, overlapping chains to better support the base of the pallet than traditional roller assemblies. Two downstream staging stations are provided for flexibility in picking up the finished pallets with a fork truck or clamp truck.

Since the secondary packaging equipment was installed eight months ago, Sweatman says the Just Born team has been extremely pleased with the Aagard system. “We are now able to provide a case to our customers that enables an easy solution to displaying our Peeps on the shelf vertically,” he says. “This case, with a knock-out window, makes it easier to stock the shelves and merchandise our candy.

“Other benefits that we’ve recognized are the elimination of ergonomic risk associated with hand case packing, material savings with using wraparound versus RSC cases, and lower labor costs due to automation. The Aagard Group has been a pleasure to work with from beginning to end. Their organization is highly skilled, professional, and very customer focused.” 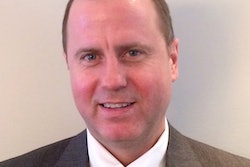 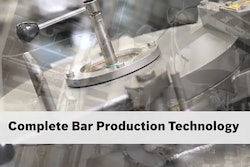 Automating your line has never been easier. 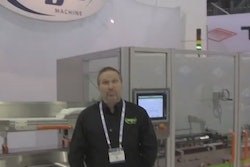