This leading German producer of sparkling wines and spirits finds stretch hooding to be just what is needed for protecting pallet loads during transport to customers.

Rotkappchen-Mumm Sektkellereien GmbH is a leading producer of sparkling wine in Germany. Headquartered in the city of Freyburg on the Unstrut River, the firm holds a 50% share of the sparkling wine market, and they employ about 550 people in five different locations.

To reduce damage during transport and bring other logistical advantages to its overall operation, Rotkappchen decided to equip two of its production locations with the Beumer stretch hood M high-capacity packaging systems. Testing at Beumer’s headquarters facility in Beckum, Germany, made it clear that stretch wrapping was not going to be the solution largely because film consumption was too high.

“The high-capacity Beumer system pulls a 40-micron thin film hood over the pallet of corrugated cases,” says Rotkappchen’s Joachim Engler. “Optimally packaged, the cases are protected against damage during transport and reach the customer in perfect condition. Moreover, two different pallet sizes can be packaged with this multi-format system. The change is semiautomatic and it is not necessary to retrofit the system. This positions us nicely for future requirements.”

To confirm the stability and reliability of loads packed with the Beumer stretch hood M, Beumer and Rotkappchen joined with Dekra, a leading expert on safety, quality, and environmental protection, to perform different driving tests under extreme conditions. The results were favorable, and in March 2013, Beumer was awarded a contract including supply, installation, and commissioning of the high-capacity packaging systems.

The sustainability angle
Both loading stability and sustainability were critical decision-making factors for Rotkappchen as the firm evaluated its options. In support of its commitment to deliver sustainable material handling solutions, Beumer Group has developed the Beumer Sustainability Index. This validation system is used to evaluate the sustainability of new machines in a continuous, systematic, and verifiable way on three comprehensive levels: economics, ecology, and social responsibility. The stretch hooding machines installed at Rotkappchen score high on all three levels.

Ease of operation is important, too, and here again the stretch hood M delivers. An intuitive HMI interface simplifies operation and makes quick work of film roll changes. Operating parameters can be changed as well.

The stretch hood M is a modular system that can be adapted flexibly to the individual requirements of the user. A conveyor is used to feed in the palletized cases. Innovative control technology automatically recognizes different stacking heights and adapts itself accordingly. An ultrasonic sensor determines the required film length. The film is then cut and sealed along the cut edge. This forms a hood, which is stretched, pulled over the pallet load, and tucked underneath the pallet base, in the process ensuring more retention force by a special base reinforcement.

The stretch hood system takes full advantage of the high contracting forces of the film. This causes the film to adhere tightly to the stack as a second skin, which in turn guarantees load stability no matter how sudden starts and stops along various conveyors might be.

The palletized goods are clearly visible due to the smooth surface of the transparent, highly flexible film. This enables packaging of up to 100 pallet loads per hour. The hooded pallet is then guided to the shipping area by a conveying system.

“Since its installation the operation of the Beumer stretch hood M has been very stable,” says Ulrich Wiegel, Managing director of Rotkappchen. “The experiences gained in one installation were incorporated several weeks later in another facility, and commissioning of the second system was ready for use after only two days.”

Videos from BEUMER GroupView all videos

Interview on New Packaging Line for FaxeKalk AS

New Packaging Line for FaxeKalk AS 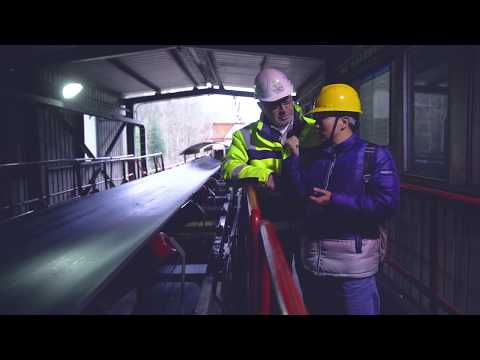