One of Haremar’s key customers is privately held Sons Bakery, Brampton, Ontario, Canada, which has supplied hamburger buns to McDonald’s restaurants in Ontario since 1984. The buns are packed in a 6x5 pattern using clear, unprinted film from Haremar. Sons refers to the 30-count packs as “pillows.”

After overwrapping, one or two pillows are loaded into reusable plastic trays that are shipped directly to more than 300 McDonald’s restaurants.

With its newfound tri-extrusion upgrade, Haremar switched Sons in August from a ½-mil monolayer film that was a linear low-density polyethylene/LDPE blend to a superior three-layer ½-mil film, says Haremar’s Mark Lichtblau. The new film comprises three identically thick layers of a blend of LLDPE/LDPE using resins from Dow Chemical, according to Lichtblau. He says that all three layers are “LLDPE-rich.” Haremar was able to maintain film costs for Sons because the improved line efficiencies offset added resin costs.

Sons has sourced its overwrap film from Haremar since ‘98. “Clarity was the most important factor,” says Sons general manager Steve Urquhart, “but after that initial change, we were able to lower our seal temperatures, which saves energy.”

Sons receives the film in 32’’-wide, 75-lb rolls. Urquhart tells Packaging World the buns are overwrapped at a rate of 26 pillows/min. The indexing overwrapper, which has been in operation for about 10 years, seals the buns between top and bottom layers of the film.

“Film consistency is the big thing for us, and that’s what we see in Haremar’s films that we didn’t always receive from previous suppliers,” states Urquhart. “The film has consistent thickness and quality, so we’re not having to make [machine] adjustments. We’ve had no problem with their films since we switched to Haremar—and that’s the way we like it.”

See the main story that goes with this sidebar: Tri-extrusion heightens Haremar’s capability 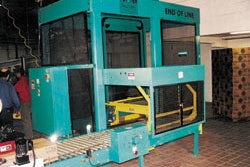 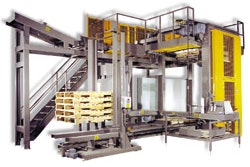 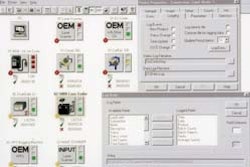 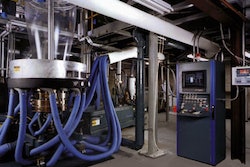