The San Jose, CA-based company manufactures and ships prints using the images of the original paintings of Thomas Kinkade, widely known as "the painter of light(TM)." Kinkade's growing popularity has caused MAGI's sales to nearly triple over the last three years, creating some significant shipping challenges.

MAGI met the challenges head-on with the installation of a SpeedyPacker(TM) system for large canvasses and framed prints, along with a benchtop SpeedyPacker system for Kinkade ancillaries such as note cards and small picture frames. Sealed Air Corp. (Saddlebrook, NJ) supplied both systems.

Vice president of operations Bruce Boyd spearheaded the re-engineering of MAGI's packaging process. Before he came on board in July 1996, the best description for the operation was "chaotic," says Boyd.

Framed canvasses, for example, used to require not only three people operating three paper dunnage machines, but also four additional people to perform the task of packing. At each paper dunnage machine, an operator dispensed 6"-wide x 4'- to 8'-long strips of machine-crumpled paper and placed them into plastic bins. The bins were taken to the packers who placed four to five strips of paper around each frame. The frames were then placed into boxes for shipment. The packers were so concerned about damage that they overcompensated with material and therefore wasted time and money.

In late 1996, MAGI replaced the three dunnage machines with one SpeedyPacker foam-in-bag packaging system to create Instapak® custom-molded corner cushions. The molded cushions conform to the corners of the frames, using a minimal amount of material to protect them from shock and vibration during shipping.

The old packaging process for framed canvasses took more than eight minutes per piece, and turnaround time was five to eight days. Now, despite the wide variety of painting selections and sizes (canvasses range from 12"x16" to 30"x40"), Sealed Air's solutions have helped MAGI consistently achieve a 24-hour turnaround time for all orders. And packaging a framed canvas takes just slightly more than three minutes.

To make the molded corner pieces, an operator dispenses a bag filled with liquid Instapack foam from the SpeedyPacker system. A hot wire cuts and seals each bag after it is filled with the foam. The bag is then placed into one of six custom-designed molds. Within seconds, the polyurethane foam hardens in the bag, which expands into a perfectly molded cushion. MAGI has the ability to create up to six cushions at a time in the molds, with each cushion fitting all the different canvasses MAGI sends out.

By standardizing corner cushions, which are 8"x4"x6", the number of case sizes required was reduced. The new design also uses less packaging material and is 1 to 3 lbs lighter in weight, reducing shipping charges. Boyd says on shipping weight charges alone, MAGI has saved $80ꯠ a year. Because the cases are smaller, MAGI is now able to send the prints out via UPS, which previously would not accept some of the larger cases.

Taking into account labor, materials and reduced shipping charges, the overall cost per package dropped 20% by using the cushions. Efficiency also improved because the new standardized corner cushions eliminate the randomness and inconsistencies of individual packers. Initially, one operator manned the SpeedyPacker system and molding station, but as the volume of business grew, two more people were added. If the previous method were still in use, 21 people would be required.

The system is capable of producing 21 foam-filled bags per minute, twice the capacity of the four dunnage machines combined. To create the void-fill packaging for the fulfillment operation, the operator selects a bag size and the system dispenses the bag filled with liquid Instapack foam. The operator places the bag in a shipping case, followed by the customer's order and then another foam-filled bag. Within seconds the foam conforms to the case's contents. The foam cushion prevents items from shifting during shipping and handling, and also provides cushioning. A 3M (Minneapolis, MN) automated case taper seals the box to complete the process.

Under the previous system for the pick-and-pack fulfillment pieces, operators consistently over-packaged to ensure there was no damage. As a result, MAGI paid for more material than was actually needed. Also, because the benchtop SpeedyPacker system allows for much less material handling than MAGI's former packaging systems, 14 employees were assigned to other jobs within the company. In fact, if the company hadn't redesigned its operations, the number of packers in the fulfillment center would have swelled to 35 based on its current shipping schedule, and the company would have outgrown its facilities by now. The total cost per pack in the fulfillment center dropped 35% since the benchtop SpeedyPacker was installed.

MAGI and Sealed Air continue to work together to maintain the packaging objectives as MAGI introduces new Thomas Kinkade works.

"The relationship [with Sealed Air] is extremely important to me," says Boyd. "If we have a problem, Sealed Air is here in less than half an hour. Service responsiveness is one of the many reasons we do business with Sealed Air." (MK) 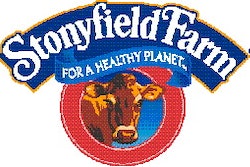 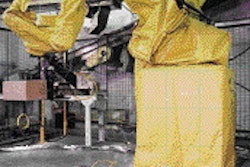