Cleanser manufacturer SerVaas Laboratories cleans up on costs and materials savings when it swaps its shipping cases for shrink-wrapped pad packs for retail and distribution.

SerVaas Laboratories, Inc., Indianapolis, is a small, family-owned company with a large reputation for quality to uphold. Its flagship product, Bar Keepers Friend, a professional-grade powdered cleanser and polish, was introduced in 1882 as a brass ornament polish and is used today as a general household cleanser for everything from ceramic tile and fixtures to copper and brass cookware.

Last year, in an attempt to reduce the amount of corrugated used to ship its canned powder product, SerVaas looked at alternatives to case packing. Although still operational, its 13-year-old drop case packer required extensive work to maintain, and one of its largest customers, Walmart Corp., was encouraging the company to reduce the environmental footprint of its packaging.

After conferring with six different packaging machinery suppliers, SerVaas selected a solution from Polypack, Inc. (www.polypack.com). The machine allows the company to produce 4-can retail packs and 8- and 12-can distribution packs in shrink-wrapped bundles supported by corrugated pads on the top and bottom.

“We weren’t sure if we could go from a full case to a pad pack,” says executive vice president Paul SerVaas. “We wanted to do everything we could to reduce the amount of corrugated material we were using. Polypack assured us they could easily put pads on the top and bottom, as well as ensure the strength and integrity of the resulting pallets during shipping.”

Last December, Polypack installed a model IL-24L sleeve wrapper with a robotic pad placer and a custom infeed system that accommodates SerVaas’s irregular-diameter cans, which measure 213⁄16 in. Explains Emmanuel Cerf, Polypack vice president of sales, “We took a standard, single-frame machine and customized it to meet their needs, so that it is capable of taking in the product, placing it on top of a pad, placing another pad on top of the product, and then shrink-wrapping the bundle.”

During operation of the IL-24L, the paperboard cans of Bar Keepers Friend, in 12-, 15-, or 21-oz sizes, are conveyed into the machine in a single row, which is then divided into two rows, or lanes. If SerVaas is running a 12-pack unit, the two lanes are further divided into four. For 4-can multipacks, the outer lanes are blocked.

Next, a product staging mechanism releases the correct number of cans onto a flight bar. A B-Flute corrugated pad is transferred from a magazine on the side of the machine, and product is placed on top of the pad with the flight bar. The pad with product is then transferred by way of a belt to the next station, where another pad is placed on top of the unit with a robotic pick-and-place mechanism. The top pad is preprinted with product information, the number of cans in the unit, and a bar code.

The whole unit is then transferred through a curtain of film, fed from two film rolls. One roll supplies an opaque low-density polyethylene film that covers the bottom half of the pack; the other supplies a clear LDPE film that wraps the top of the bundle. A sealing bar seals the two films together about two inches from the bottom of the pack. The opaque film ensures that during distribution, the bar codes on the individual cans are not accidentally scanned, while the top, clear film allows both the product and the preprinted pad to show through. The film-covered bundle then moves through a shrink tunnel that shrinks the film in a bulls-eye format, where the sides of the bundle are open.

Notes Paul SerVaas, “The clear film allows people handling the pallets and bundles to see the product and its beautiful, gold-foil label. When people can see the product, they are more careful with how they handle it.”

He also notes that a line of dashes printed on the top of the bundle and instructions advise end users where to cut the film to access the bundle. “Once you remove the top pad, the film creates almost a bag, from which product can be fished out, while the bottom pad acts as a ‘platter.’”

Among the many benefits of the new system, the savings in corrugated materials, as well as the lower investment cost for the pad-packer versus a full case-loading system are the most notable. “Bar Keepers Friend is packed in a sturdy, rigid paperboard can,” says Paul SerVaas. “It was wasteful and redundant to use the shipping cases. The savings in corrugated alone is enough to pay for the new machine in just a couple of years.”

As for the quality and integrity of the finished bundles, Paul SerVaas relates that recent lab testing performed by Temple-Inland (www.templeinland.com) of pallets made up of 8 packs and 12 packs showed “that there was no severe visible damage to any of the cans on both of the pallets.” Ship testing was conducted in accordance with ISTA Procedure 3E for Unitized Loads of the Same Product, and included shock, compression, and vibration tests.

Another environmental advantage of the new Polypack solution is that, with the elimination of bulky cases, more product can be placed on each pallet—up to 15% more, according to Cerf. Adds Paul SerVaas, “When we stacked pallets with full cases, it was hard to do without a lot of overhang. Now, because the bundles are smaller, we don’t have to worry about that.”

In conclusion, he says, “We are very pleased with the equipment, the savings, and the customer’s acceptance.” 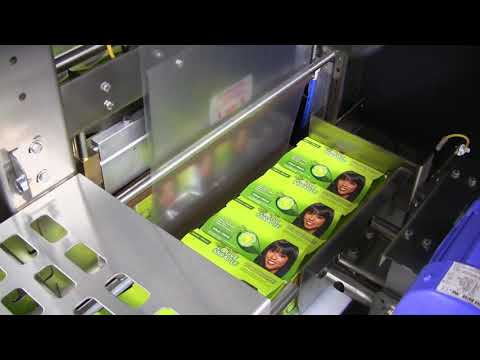 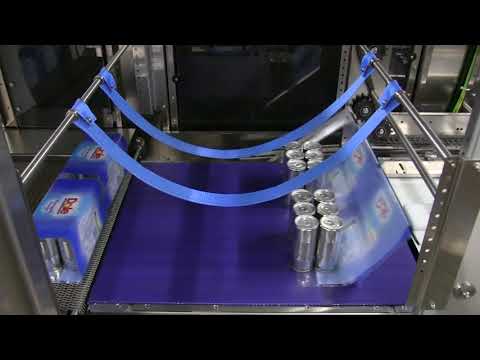 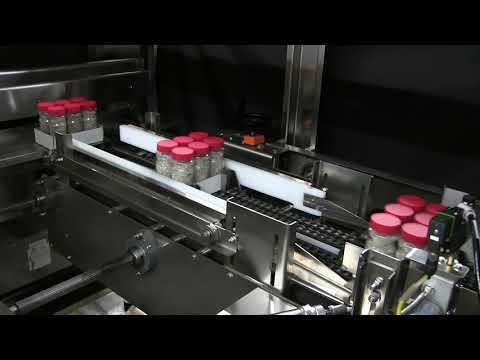 With the new TPU paper f/f/s machine from Syntegon Technology and the 3D formable FibreForm® paper from BillerudKorsnäs, a variety of shapes can be formed from paper for various food- and non-food applications.
Syntegon Packaging Technology
Apr 30th, 2020

This Portland, Maine, brewery decided to “dip our toes in the can market” by installing a small filler/seamer. It quickly became clear that a 300 cans/minute line was going to be required.
Pat Reynolds
Mar 25th, 2020
More in Primary packaging