Consumers looking for healthful nondairy alternatives to milk are increasingly turning to beverages made from soy, almonds, rice, oats, hemp, and other plant-based ingredients thought to offer greater nutritional benefits and less allergens. The growth in sales of such products has been a boon for SunOpta, Inc., Toronto, Canada, a major player in the natural and organic food and natural health markets.

In July 2009, the company’s SunOpta Grains and Foods Group business unit began operation of its second aseptic processing and packaging facility in the U.S. Located in Modesto, CA, the new plant, in conjunction with the company’s Alexandria, MN, facility, brings the company’s total capacity to approximately 250 million to 300 million quarts of soymilk and other aseptic beverages per year.

“Basically, SunOpta’s core business is vertically integrated soymilk and other dairy-alternative beverage manufacturing, augmented with contract manufacturing,” explains SunOpta Modesto plant manager Rick Sousa. “So the decision was made to increase our capacity on the West Coast for a lot of our existing customers to help facilitate growth and also minimize freight costs.”

To deliver the new capacity, SunOpta remodeled and retrofitted a pre-existing 170,000-sq-ft facility, creating a linear production line flow, from incoming materials to processing to outbound shipping, relates Sousa. The spacious plant also allows for additional expansion. The plant’s one processing and two packaging lines—all aseptic—were supplied by Tetra Pak. While Sousa says that packaging a low-acid aseptic product can be a challenging and “delicate” process, he believes it produces “a superior product,” when compared with those that are packaged using a hot-fill or retort process.

In the realm of aseptic packaging, the filling of shelf-stable low-acid products, or products with a pH of less than 4.6, is particularly challenging, as maintenance of the sterility requirements for both the product and the package is even more crucial than with high-acid products “As soon as you go from high-acid to low-acid, your temperature and hold times, and also the types of pathogens you have to worry about, are magnified,” says Sousa.

Because SunOpta had worked successfully with Tetra Pak in the past, it was confident in choosing the company to supply both its processing and packaging equipment. “Between the longstanding history and the great performance on technical support, we really didn’t look anywhere else,” says Sousa.

The resulting lines include an Aseptic VTIS (Vacuum Thermal Instant Sterilizer) processor and two Tetra Therm A3/Flex fillers—one producing 1-L cartons, and one for 1890-mL packages. Beverages are filled in Tetra Brik®-style rectangular cartons, constructed of film, foil, and paper, converted by Tetra Pak and supplied to SunOpta as rollstock.

After being installed, the aseptic equipment at SunOpta had to be “validated” by the State of California. “In the State of California, you have to obtain a canning license for an aseptic unit,” explains Sousa. “You have to follow the exact guidelines in the official process issued to you by the state, and all records must be reviewed by the state inspector before release.

“Putting up a facility in California presents its challenges, but this is a key location not only because it allows us greater access to our customers, but also because there’s a huge wealth of food-processing talent in the Central Valley where we are located.”

Processing and packaging of an aseptic product at SunOpta—for example, the company’s own-brand soymilk, Sunrich Naturals Organic Soymilk—begins with the Tetra Therm Aseptic VTIS thermal processor. At this stage, product is sterilized by heat-treating the liquid, first with plates heated to a temperature of 178º F, followed by steam injection at temperatures from 270º F to 290º F. (The exact temperature at SunOpta is set by the state, which provided recommendations on the temperature and holding time for products, based on the formula submitted by the company.) Product is then flash-cooled in a tanks vacuum chamber and then through cooling plates, after which it is piped to either the filler or to one of SunOpta’s two10,000-gal Tetra Alsafe storage tanks.

Meanwhile, at one of the facility’s A3/Flex fillers, an operator loads carton rollstock onto the back of the machine, which provides automated splicing of two rolls for uninterrupted machine operation. The rollstock is fed into the completely enclosed environment of the filler, where a cutting tool punches holes in the lamination to create the openings from which the beverage will be consumed.

The material is then carried through a hydrogen peroxide solution for sterilization, followed by a squeegee that removes excess peroxide. A hot air jet evaporates any remaining peroxide, after which the rollstock begins its descent into the machine and into the forming tube. After the tube is formed, the sterile product is introduced into the tube, and jaws cut through the tube to form the ends of the packs. A final folding mechanism forms the cube and creates the bottom flap/seal. The top-rated production speed for the A3 is 7,000 packs/hr, while Sousa says the 1890-mL filler operates at 5,000/hr.

The fully formed and filled cartons are then conveyed single-file out of the machine and out of the filling room through a rectangular opening in the wall.

Once in the packing room, the cartons are individually coded with best a before date, a lot code, and a time stamp as they pass by a Markem-Imaje 5200 hot-melt ink-jet coder. A Tetra Pak-supplied accumulation conveyor provides equal spacing between cartons and allows for two to three minutes of accumulation time. Upon major disruption of the line, the integrated system—the entire line runs on Tetra Pak’s Tetra PlantMaster automation solution—halts operation of the filler.

“That’s one of the beauties of going with Tetra Pak: Each piece of equipment communicates with the upstream equipment,” says Sousa. “So if for any reason you have a case packer jam, etc., the accumulator belt activates. If certain equipment needs to be shut down, such as the filler, it forces the equipment to shut down so that you don’t have any destruction of either product or packaging.”

In the next stage of the operation, cartons are conveyed through a Tetra Pak CAP 30 ReCap Flex cap applicator, which applies ReCap3 resealable caps to the cartons, after which they are carried to another accumulation conveyor. Following is case-packing, which is done with a Tetra Pak Carboard Packer 70, which provides wraparound case-packing of 8- or 12-unit multipacks. Cases are sealed using adhesive from a Nordson ProBlue 4® hot-melt adhesive dispenser.

After being discharged from the case packer, cases are coded with another Markem 5200 unit, which applies customer-specified information and bar codes. After being coded, the corrugated cases are manually palletized and then stretch-wrapped using an Orion Flex Series HP A automatic-turntable stretch wrapper from Orion Packaging, a division of Pro Mach, Inc.

The establishment of SunOpta’s second U.S. aseptic facility was a major undertaking—completed in just one year. Recalls Sousa: “August 2008 is probably when we went into commitment stages on ordering equipment and when we started to retrofit the buildings. So I would say in a period of 12 months, we remodeled the building, ordered the equipment, installed the equipment, and commissioned the line.”

Being involved in the whirlwind project, Sousa says he learned some valuable lessons. “Partnering with a very strong engineering firm is extremely important. I think when you use too many different partners, it can increase some issues with engineering and integration.

“Also, on a project this critical, you definitely want to select an engineering firm and installation contractor that have aseptic processing experience. If you choose suppliers with little to no experience in this area, you probably could end up with some processing problems. One thing I can say is that the commissioning process with Tetra Pak and the state actually went very well. We did have a very aggressive timeline but selecting Tetra Pak as our partner facilitated the commissioning and installation efforts.” 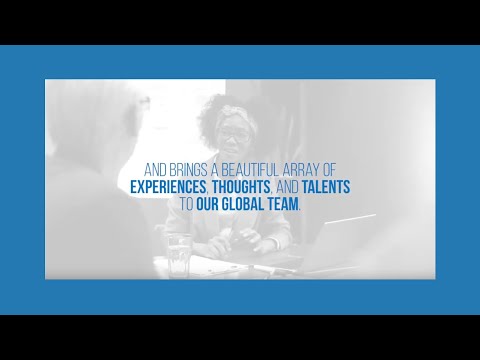 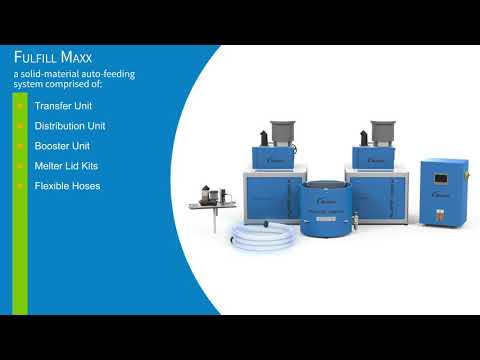 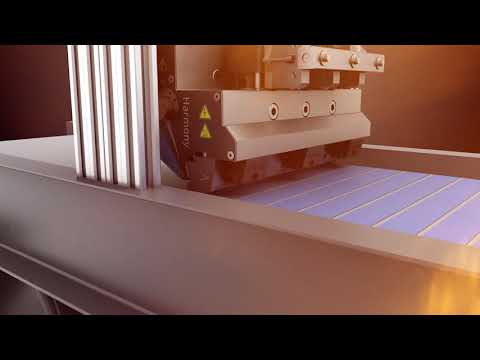 May 4th, 2021
Videos from Markem-ImajeView all videos