Programming standards are the future

Resting firmly on the programming language standard PLCopen and the ‘packaging machine language’ known as PackML, this system represents the future of packaging.

Pat Reynolds
As you may know, the editors behind these December Forecast stories typically try to identify a number of applications that represent a trend and then weave those applications into a unified story that aims to say something about what can be expected in packaging over the next few years.

In this December Forecast, however, we break with the formula a wee bit and look instead at a single installation—a fresh pizza-packaging operation using modified-atmosphere technology—to say something about the future of packaging. Why? Because the packaging machinery involved is so innovative, the controls platform so functional, the remote access capability so impressive, and the use of programming standards so advanced that, in a sense, this line is the future of packaging.

There is one fly in the ointment. The food company using the MAP pizza-packaging equipment is still finishing machine-acceptance trials, and until that process is complete, they choose not to be identified. But just as time waits for no man, the December Forecast waits for no acceptance trials. The future beckons from this application, and the future is what the December Forecast is all about. So now is the time to bring readers this story, which unfolds on three levels: innovative machine operation, standardized controls, and remote accessibility.

In some parts of Europe, frozen pizza is being replaced by fresh pizza. It’s typically brought to market in a vacuum-packaged format. While this approach is satisfactory enough from a shelf life standpoint, it isn’t the most pleasing from a presentation perspective. Consumers just aren’t wild about the “crushed” look that comes with vacuum packaging. So flow wrapping has emerged lately as an alternative. Among the packaging machinery builders that have come up with flow-wrap systems for fresh pizza is Ilapak. The firm is now in its second or third generation of a system that is essentially a three-legged stool: infeed conveyor, evacuation system, and back-flush/flow wrap. Called the Delta Vac-Map, the 17-axis servo-driven system relies on motors, drives, and controls that are all supplied by B&R.

While infeed and flow wrap are essential, it’s the evacuation/backflush system that is most innovative. It’s a rotary machine with nine stations that operates at 60 pizzas/min. Individual pizzas on paperboard sheets are conveyed into the evacuation/backflushing carousel on a flighted conveyor that maintains the necessary spacing. In each vacuum station, the top and bottom halves of the vacuum chamber close on a pizza. Then, as the closed chamber moves around its circular track, ambient air is evacuated and carbon dioxide and nitrogen are backflushed in. The chamber opens and the pizza enters immediately into the film tube of a flow wrapper that again backflushes carbon dioxide and nitrogen before using heat seal tooling to enclose the pizza in its modified atmosphere. Refrigerated shelf life is about three weeks.

Standardized controls
According to Flavio Cecconello, R&D software engineer at Ilapak, a key goal behind the development of this pizza-packaging system was to use widely accepted standards wherever possible. So PLCopen is the programming language standard that Cecconello relied on in this implementation. Focused around IEC 61131-3, which is said to be the only global standard for industrial control programming, PLCopen harmonizes the way people design and operate industrial controls by standardizing the programming interface. Cecconello provides this example as a way of illustrating the benefits that PLCopen brings.

“Take a standard function, like ‘turn power on,’ for example. I can use a standard PLCopen function block as my interface for that function. I select which axis of motion I want, the way in which I want to turn on the power, and the ‘execute’ command to the right PIN [Pulse Input] to turn the power on. Not only is this programming standard successful with the platform I’m using in this particular implementation, it’s also suitable for other technology suppliers who support this standard way of programming machines. If I stay within the PLCopen standard, I should be able to migrate the code from one technology supplier’s platform to another without a complete rebuild of the software or the control.”

In addition to relying on the PLCopen standard at the motion control level, Cecconello also wanted a standardized way of handling how machine state transitions are implemented within his code. He liked what he saw in PackML, the “Packaging Machine Language” developed by the OMAC Packaging Workgroup. It was adopted as part of the ISA88 industry standard in August of 2008.

“PackML gives us a couple of benefits,” says Cecconello. “First, the steps a machine has to follow in the various phases of operation are already defined—startup, for example, or during a package format change or during maintenance or during standard running time. All of this is documented and specified within PackML, so it’s a guideline to help us organize the way we interface, for example, the standard HMI with the machine controls. It’s a three-layer organization. Upper layer is the interface with the operator, the second layer is the logic we implement to our machine, and the third layer is the PackML state model. If I ever need to change the controls platform from B&R to some other option, because I’m organizing the machine based on PackML, the only thing I’d have to change would be the lower layer of the interface, where you have the interaction with the address, with the drives and so on. But even there the amount of rebuilding or reprogramming would be minimized because of my reliance on PLCopen. If another supplier is using PLCopen, even that lower level would not have to be completely rewritten. So from a development point of view, that is the first benefit of PackML.

“Second is the standardization of interface and communication to other systems. This means our PackML-compliant machine and other PackML-compliant machines will have the same kind of interface, so it will be easier to debug problems and investigate errors. This is the first time we’ve used PackML and PLCopen to this extent.” Cecconello notes that the B&R controls package makes a significant contribution. “The B&R components support the PLC open programming standard,” says Cecconello. “Programming structures are there for us, so we don’t have to build them. It’s a well designed, well thought out interface.” Also a welcome feature, notes Cecconello, is that one software program covers motion, logic, and HMI.

Remote accessibility
When widely recognized standards like PLCopen and PackML are made part of a packaging machinery system like this one, it paves the way to things like Web-enabled remote access via Virtual Network Computing (VNC). In Ilapak’s case, for example, the control platform makes it possible to have a secure VPN (Virtual Private Network) connection over the Internet that Ilapak engineers can use to access the pizza-packaging system from any location where an Internet connection is available. Flavio calls this remote access capability “one of the major benefits of open architecture.

“B&R pays close attention to this,” he continues. “They have inside their controls platform two important features. The first is the VNC server. It gives us a graphical laptop sharing system to remotely access our machine and see exactly what the machine operator is seeing on his HMI. All we have to do is install freeware that is downloaded for free. The second feature is the OPC server that’s already installed on the controls platform. OPC is commonly used by SCADA or ERP systems to connect to machines and extract data. Typically it’s a standard that is only Windows based, so up until about a year ago you needed a dedicated PC to serve as a bridge between Windows and your SCADA or ERP system. B&R lets us do away with this bridge because they are one of the first to integrate the OPC server directly on their platform. With just the B&R platform and an OPC client, a customer can provide packaging machine states to his SCADA or ERP system. On these particular packaging machines, this is accomplished using the PackML standard, so our customer’s IT department already has everything they need for them to get data out of our machines. It’s all documented in a standard way.”

A final note on why this Ilapak system points the way to the future. It takes advantage of the latest in mainstream computing rather than following a traditionally industrial approach where dedicated hardware and software are more typically the norm. One look at its graphical user interface makes this clear. It looks more like something out of the gaming world than the manufacturing scene. 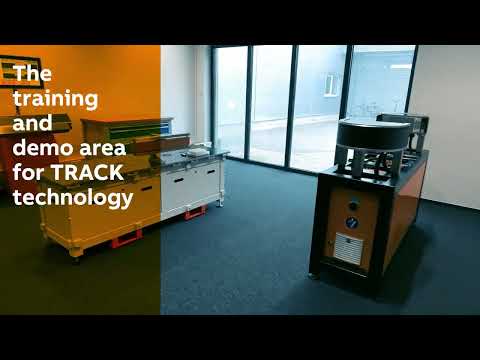 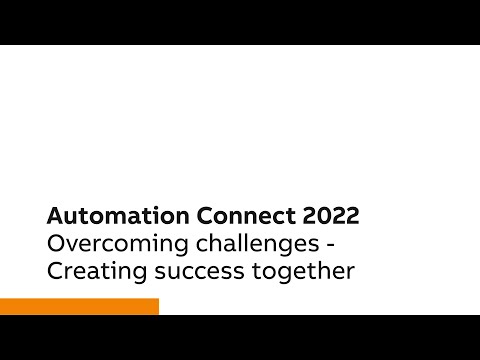 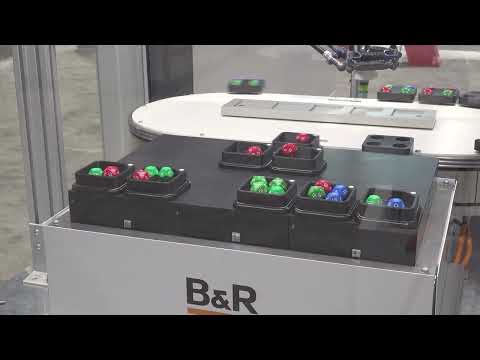 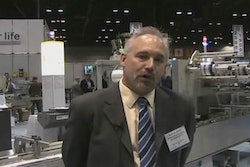 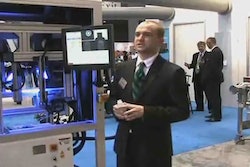