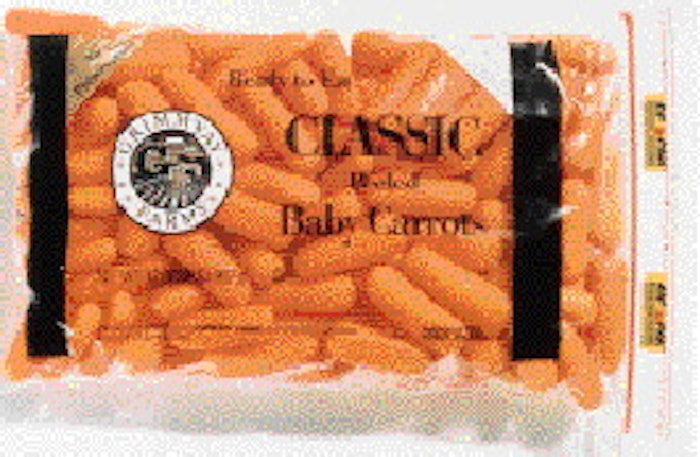 Sales increased "particularly in the two-pound bags," she says. "We haven't actually pulled the numbers yet, but we have noticed an increase." The world's largest fresh carrot processor says it's the first to market with a resealable package. Minigrip/Zip-Pak (Manteno, IL) manufactures the Perf Cap(TM) zipper film by incorporating a low-density polyethylene zipper onto a 4"-wide strip of LDPE preprinted film that it perforates for easy opening by the consumer. Grimmway then incorporates the zipper film into bags on Model 9500 f/f/s machines from PacMac (Fayettville, AR). All of the 2- and 5-lb bags, which retail for about $2 and $4 respectively, have been converted over. Boman says Grimmway did not pass the added cost-2¢ per 2-lb bag and 3¢ per 5-lb bag-on to consumers.