Touring packaging operations has always been the thing I like most about my job.

Every plant I visit is unique in one way or another, and watching the interplay of machines, materials, and automation strategies just never gets old.

But the best part is getting to know the personalities behind the packaging. My latest editorial foray took me to Elmsford, NY, where I came across Shay Zohar, a packaging personality I’d like you to meet. His title at coffee roaster Barrie House Coffee and Tea is Director of Sales & Marketing, and while I’m sure he knows plenty about sales and marketing, it was his passion for and knowledge of packaging automation that struck me when I visited him in March.

Barrie House has its own brand, which it sells largely through Amazon and other web-based channels. But private label represents the bulk of the firm’s business, a business that Zohar takes very seriously indeed.

“Private label is a risky proposition if you view yourself as nothing more than a co-packer,” he explains. “But if you innovate, if you stay on the cutting edge, if you constantly push your customers to advance and improve, if you automate, then you become much more than a co-packer. You become your customer’s partner. It isn’t enough to just read a Nielsen report and follow along with everyone else. Too many make that mistake.”

Speaking of mistakes, Zohar is the first to admit he’s made his share. One in particular still makes him wince when he talks about it. Barrie House had decided to go all in on the K-Cup business and had even come up with a custom-designed cup that didn’t infringe on the Green Mountain Keurig patents that were still in effect (that patent expired in 2012). The firm also invested some $4 million on an automated packaging line that was supposed to take the individual K-Cups through denesting, filling, lidding, cartoning, and case packing. Unfortunately, the packaging line proved to be, as Zohar puts it, “a total disaster.”

But he didn’t give up, which you’ll see all too clearly if you read the story. What you’ll also discover in this story is that Zohar sees the partnership thing working both ways. In addition to forming a close relationship with his customers, he also partnered up with key packaging machinery suppliers to come up with packaging solutions in the K-Cup space that had never been implemented. To hear the machinery builders describe it, at some level Zohar badgered and browbeat them to push through machinery limitations that he just flat out refused to accept. But those same machinery builders readily acknowledge that as the builder/buyer relationship evolved, they found that relationship very much to their liking. They also found themselves thinking more innovatively than ever before. Helping them enormously, of course, was Zohar’s willingness to provide complete visibility into his plant’s production areas—workflow, software, volumes, efficiencies, alarms, and so on. All of it is fed live to the machinery builders by way of an industrial M2M router and data gateway from eWon called Flexy.

“By our sharing information this way they can really understand what’s happening on their machines,” says Zohar. “Only by seeing it in real time can they have this kind of deep understanding. It’s an approach that allowed all of us to do amazing things.”

Elsewhere in the packaging community, some equally amazing things continue to be done by CannedWater4Kids, a non-profit charity committed to delivering clean, safe, sustainable drinking water projects in places around the world where they are desperately needed. It’s been a few years since I last mentioned them in this space (pwgo.to/2829). But it was nice to see they were featured in Domino North America’s booth at PACK EXPO 2016. In addition to building awareness of the important work done by CW4K, Domino generously donated a dollar to the charity for every sales lead generated at the show. As a result, the charity received $1,000 at the conclusion of PACK EXPO International. Well done, Domino. 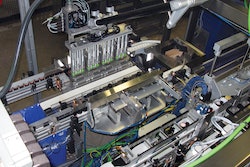 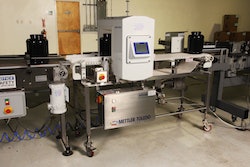 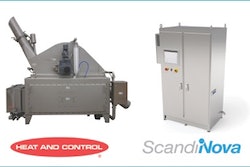 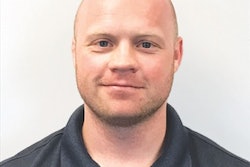