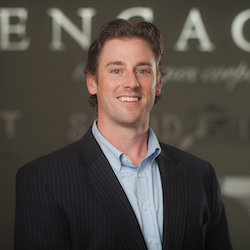 Hired in 2015, Mylrea has held a variety of roles within Engage Technologies. Most recently, he was the Packaging Product Manager for the AFM product line and played a crucial role in selling AFM consumables including tamper bands and shrink film.
In his new role, Mylrea will be responsible for the North Central Region of the United States covering MN, WI, ND, SD, NE, IA, CO, KS, MO, as well as Canada. Mylrea will work with Engage’s well-qualified team of distributors to increase sales and promote brand recognition of Eastey and American Film & Machinery. Tim Madden, Director of Sales—Packaging Products, shared his thoughts. “We’re very excited about the promotion of David to his new role. His past experiences and upbeat personality add an important dimension to our team and he will be highly instrumental as Engage Technologies continues to grow.”
Mylrea holds a Global Business Leadership degree from St. John’s University in St. Joseph, MN.

A growing domestic market and a trend towards premium beer in the UK and the US recently led Birra Peroni, part of Asahi Group Holdings Ltd., to upgrade their glass bottling capacity.
Pat Reynolds
Jan 29th, 2020
More in Primary packaging