Robotics solutions provider designs a system to wrap chocolate boxes with a ribbon and form a bow using a six-axis robot programmed to operate in a number of unusual angles.

If you’ve ever tried teaching a six-year-old how to tie a shoe, you know how complicated the task can be. Try teaching a robot how to do it. Mechatronics expert Dave Whelan, founding partner of aXatronics, has done something just as difficult. Whelan and his team developed a robotic bow-tying system for Dayton, OH-based Esther Price Fine Chocolates Candy Company that ties a ribbon around the popular chocolatier’s boxes.

Until purchasing the automated bow-tying system from aXatronics, Esther Price Candies relied on seasonal workers to tie the ribbons on each candy box by hand. The workers accomplished the job at the rate of three to four boxes per minute, with some occasionally reaching a rate of five per minute. But no single worker could tie boxes all day long. And even with breaking up the workers’ tying-time into shorter chunks through shiftwork, the workers risked injury from carpal tunnel syndrome.

To innovate its process and protect its workers, Esther Price Candies initially considered several scenarios to automate the process. But there was no reasonable, cost-effective way of mimicking a worker’s bow-tying movements without incorporating a robot. “Replicating the bow-tying movement is very difficult,” recalls Whelan. “It requires six axes of motion.”

Esther Price Candies did not call aXatronics at first. Instead, the company contacted a machine builder experienced with the candy industry. The machine builder attempted to build a robotic solution, which resulted in a sporadically produced bow-tied box every couple of minutes. But the process was not repeatable. After several attempts to perfect an automated bow-tying system, the machine builder realized the challenge was too complex.

In 2014, Esther Price Candies contacted Yaskawa Motoman, which in turn tapped its integration partner, aXatronics. As aXatronics studied the bow-tying challenge and previous vendor’s approach, the team saw that the robot constructed by the machine builder was too large for the application and slower than what Yaskawa could provide. The larger robot could not easily fit within the space requirements and could not use its full range of motion within the given workspace.

To overcome these design challenges, aXatronics utilized MotoSim EG, Yaskawa Motoman’s offline programming package that enables accurate 3D simulation of robot cells. Through MotoSim, aXatronics was able to design a cell that would fit inside the established workspace. The cell employs a compact Motoman® MH5F robot with a maximum reach just 0.64 cm larger than the application’s requirements. The 3D simulation software also enabled aXatronics to program the robot arm at a number of unusual angles needed to tie the bow around the 0.5-kg (17.6-oz) box. MotoSim EG also gave engineers a way to vet the viability of the positioning before constructing the cell.

Whelan and his team discussed several options before settling on the final design for the cell. For example, aXatronics considered a dual-arm robot. Whelan also thought of one robot feeding boxes to another robot that would then tie the bow. However, feeding the boxes in this way would slow down the process. So, according to Whelan, instead of trying to get two robots working in such a small space, he and his team employed servo-controlled carriers to feed the boxes.

In mid-2015, aXatronics completed development of the robot cell, which measures 5 x 5 ft and features the six-axis MH5F robot and FS100 controller. This robot model is designed for assembly, packaging, and handling of small parts under 5 kg. The cell also consists of four additional servo drives and more than 20 pneumatic cylinders and air valves to assist with the bow-tying process. The robot cell began operation in the fall of 2015, running on an Omron PLC.

“The secret to dealing with a product that is unstructured like ribbon is getting the material in and out of the process,” says Whelan. aXatronics’ approach employs not only a robot to stretch and wrap the ribbon around the box, but also movable armatures to hold the ribbon in place and pull it after the robot finishes forming the bow.

“The end-of-arm tooling for this project was critical and works perfectly,” says Whelan. “We do a lot of end-of-arm design and innovative custom programming.”

When one part of the product is unsteady like the ribbon, repeatability in handling becomes an overarching challenge. To ensure that nothing interferes with that choreographed repetition, aXatronics enclosed the robot cell in a Lexan enclosure, because even the slight breeze created by an indoor fan can distort the bow and trip up the tying procedure.

The robot cell now in place at Esther Price Candies produces bow-tied boxes at the rate of two per minute. While this is slightly slower than the workers’ rate of production, the bow-tying system runs for 12 to 14 hours per day and has eliminated the risk of workers injuring themselves. Esther Price Candies plans to deploy a second cell to further increase production.

Watch a video of the robot in operation.

Videos from Yaskawa MotomanView all videos 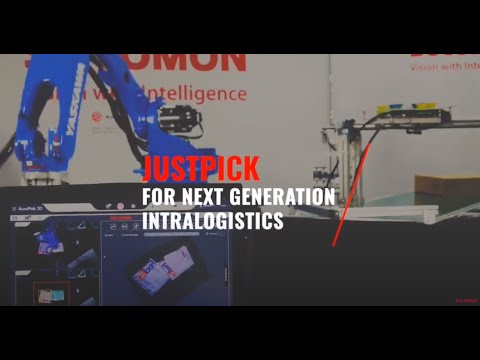 JustPick For Next Generation Intralogistics 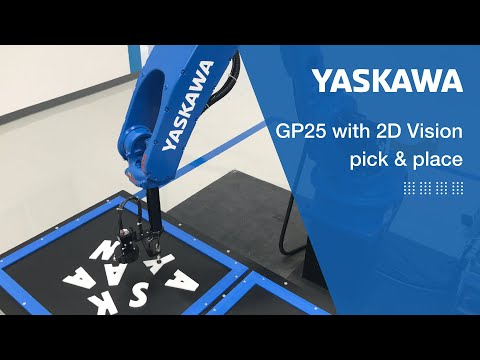 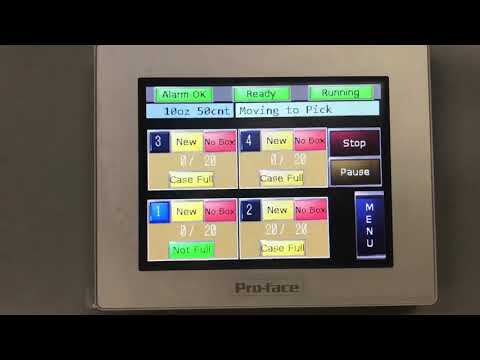 Missed part or all of PACK EXPO Connects? Browse dozens of demos by category or search by keyword. Find solutions to your packaging and processing challenges now through March 31.
Feb 17th, 2021

This co-packer known for tomato-based sauces in glass containers expanded its formats and capacity with the addition of Tetra Recart cartoning system.
Matt Reynolds
Dec 9th, 2020
More in Primary packaging