Faced with increased demand for both beer and cider products in recent years, Asahi Premium Beverages (APB) of Melbourne, Australia, installed a new kegging line in its plant in Laverton, a Melbourne suburb.

Pat Reynolds
Kegs are turned by the robot and placed on a conveyor leading to the keg washer.

The new line was supplied by KHS, and it’s capable of handling kegs from 10 to 58 L. At APB, both 25- and 50-L kegs are in production, and these are produced at a maximum rate of 90 kegs/hr. Says APB Manufacturing Operations Manager Anna Reid, “It gives us plenty of flexibility for the future."

The first and last station on the new keg line is the Innopal RK 6 robot, which handles both palletizing and depalletizing of kegs. Pallets containing empty kegs are unloaded by forklift truck and conveyed to the depalletizing station by a roller conveyor. Before the Innopal RK 6 picks up the kegs, the layers are centered. The Innopal RK 6 picks up two kegs simultaneously, turns them, and then places them on a conveyor leading to the exterior keg washer. The exterior washing process on the Innokeg AK 3 is carried out over several zones. The kegs are first pre-washed with mixed water and subjected to intensive cleaning with caustic before traveling through a draining tunnel. Main washing takes the form of mixed water treatment, after which the kegs are rinse sprayed with fresh water.

At the heart of the line is washing and filling, which is performed by an Innokeg Transomat 5/1. It manages the washing and racking process with five active washing and sterilizing stations and one racking (filling) station. Before the kegs pass through the first interior washing station, they are tested for leaks. This is also obligatory prior to every subsequent interior wash and the racking process. This is because a keg has to pass the leak test to ensure that it is correctly positioned on the relevant treatment head. If the keg fails this test, it is cycled through all other stations but does not undergo any further treatment. In order to test for leaks, sterile air is pumped into the head space of the washing or racking head. If the pressure does not drop, the test has been passed.

Following the leak test the keg is opened and a residual pressure check carried out to ensure that the keg and fitting are in order and have not been manipulated. Beer and cider residue is then blown out by sterile air. This is followed by pre-spraying with mixed water to rinse out coarse soiling from the keg, such as thickened beverage residue. KHS employs a sustainable system, using mixed water collected from the last hot water spray during the washing process, with the result that water, wastewater, and energy are saved.

As in the pre-wash, the main wash uses a pulsed spraying process with both caustic and acid. This produces an outstanding cleaning action on the inside surface of the keg (keg interior and riser pipe). This is followed by hot water rinsing to reliably remove any cleaning medium residue still clinging to the keg and by a final blowout of the hot water residue with steam. This both sterilizes the keg and displaces any residual oxygen, creating optimum conditions for the ensuing racking process. All interior washing processes are consistently monitored by the two-component pressure and wet/dry signal probes.

When the keg is disconnected from the final washing station, the fitting closes automatically to ensure that the keg remains sterile. Before the racking process begins, the kegs are blown out to remove any remaining condensation and then pressurized with carbon dioxide.

The DFC (Direct Flow Control) filling system is used to rack the kegs. This is based on volumetric flow control and has been proven many times over in practical operation. The big plus point of this system is that it is usually sufficient to pressurize the keg to a pressure that is slightly higher than the degree of CO2 saturation of the beer. Compared to traditional racking systems, this filling technology reduces the consumption of carbon dioxide by up to 40%. At the same time the direct control of the racking process by a regulator valve on the product feed brings great precision. Product loss is as good as non-existent, as are underfilling and overfilling. What's more, the precise control of the volumetric flow at the start of the racking process results in very low oxygen pickup. Reid explains. "Premium beverages require premium technology. The aspect of low oxygen pickup in the product is absolutely essential for us to ensure that we produce a high-quality end product.”

Racked kegs are sent to the full keg scales, with “bad” kegs then channeled out automatically. “Good” kegs are sent on to the Innopal RK 6, which now acts as a palletizer, picking up two kegs at one go before turning them. It then passes them on to a capper before positioning the load on the full kegs pallet.

The multitalented Innopal RK 6 is extremely flexible and always adjusts its actions to match the situation on the line. If, for example, the full keg section is becoming crowded, it will first palletize full containers. If there are not enough empty kegs in the system, the robot will shift its focus to depalletizing. An intelligent logic controller sets priorities, thereby ensuring a continuous keg flow within the line and associated high system performance. Says Reid, "We're really pleased with this robot system's high precision.

“At the moment,” she continues, “the new keg line is running one to two days a week. As demand for the company's beer and cider products in kegs grows, this will change. We consider it a great advantage that we’re already able to scale up our operations at any time and produce more kegs when demand requires. If necessary, a second Innokeg Transomat 5/1 can simply be added to the line. The KHS process technology integrated into the line is very well able to cope with this, as are all the peripherals." 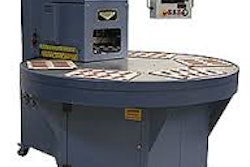 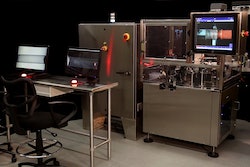 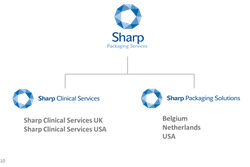 Not your grandparents’ clinical trial