It's getting harder to justify manual inspection as new-tech systems such as multi-camera 'stitching' Cognex systems enter the market—especially for cylindrical containers, according to Jeremy Opperman of Clarke Engineering.

Fast, safe, reliable inspection of containers and labels is becoming more difficult to accomplish manually as food, pharmaceutical and other manufacturing firms seek continued increases in quality, compliance with standards and regulations and to brand image and protection. Still, the ability to justify the cost of automation is critical where pockets of manual operations exist.

Compared to manual inspection, automation can provide more accurate, validated data for 100% of packages moving down a line, and provides a grater probability of catching and removing every defect from the production stream.

Manual vs. automated inspection
Manual inspections typically rely on stops, starts, breaks and/or end-points in a lot or packaging run, Jeremy Opperman, PE and business unit manager with engineering and automation services firm Clarke Engineering, Indianapolis, explained to attendees of a session at the 2012 Pack Expo in Chicago.

Cost-wise, manual inspection operators may be earning a $50,000 or $60,000 salary, which must be measured against the cost of an automated system that could carry a hardware cost of $30,000 to $100,000 or more, in the case of "a very high mix of product characteristics" he says can be difficult to automate.

While the U.S. Food and Drug Administration does allow manual inspection, it can carry cost and risk, compared to a system where 100% inspection is performed. A 100% inspection could be in reality more of a 200% inspection in light of the time, slower speed and redundant supervisory steps involved.


Additionally, the risk of false positives or negatives varies from person to person in a manual operation, and there’s a "low chance of catching 'onesie-twosie' errors, Opperman said. In contrast, he explained that automated systems can inspect 100% of product with validated accuracy at speeds in excess of 800 packages per minute.
Automated inspection allows packagers to run fast and with great confidence while adding real-time root cause analysis and other data-crunching benefits to prevent defects costly reworks and potential recalls.
New tech for cylindrical containers

Beyond just automating inspection, Opperman highlighted one of the latest technologies, which he said improved upon prior laser and image-based sensors, which have traditionally been limited to detecting relatively "grossly skewed" defects such as caps on bottles or stoppers on vials.

He highlighted new vision-based system applied to caps and closures from Acquire Automation, Fishers, IN—a sister company to Clarke Automation. The same technology can also inspect full-coverage labels such as, 360-degree pressure-sensitive labels or shrink sleeves on cylindrical containers.
The vision component of the inspection system uses OmniView technology from Cognex, Natick, MA. The technology can not only inspect caps and closures, but applied to labels, it can read bar codes, verify text, inspect graphics and measure features on cylindrical containers at production line speeds of up to 1,200 parts per minute.
Such speed—even at a 400 cap/closure per minute rating more typical using the Acquire Automation system—exceeds manual inspection capabilities as well as those of automated systems that require containers to be rotated in front of a single camera. The new technology inspects cylindrical packages by using four cameras to capture images and stitch them together in real time.
In a recent interview predating the 2012 Pack Expo, John Lewis, market development manager for Cognex, told Packaging World, noted that the cameras, along with associated hardware and software, "create a continuous, seamless image of the graphics, as though the label or container were flattened out." This composite image, in turn, is subject to optical character recognition/verification, bar code reading and other functions required by the end user. "Eliminating the complex and expensive requirement to mechanically spin parts in order to inspect them dramatically reduces complexity, lowers cost and significantly boosts throughput."

In many applications, Lewis said the technology can cost-effectively prevent mislabeling errors, enhance compliance with standards and regulations and improve quality by performing functions including:

On the cost justification for applying Cognex' OmniView technology to the inspection of cylindrical containers, Lewis cited a real-world example in which a supplier of pre-printed pharmaceutical labels made a subtle error in Data Matrix patterns. If allowed into the distribution chain, the error would have subject the pharmaceutical customer at risk of fines from the US FDA and a potentially costly recall. "The production manager's estimate was a one-time savings of at least $800,000 dollars, making time to ROI less than one calendar month," Lewis said.

Opperman's comments to Pack Expo attendees was in agreement; he said that even if an automated system costs significantly more than a manual operation up front, the added cost of technology "may be justified by one occurrence of a major quality deviation or recall." 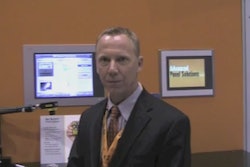 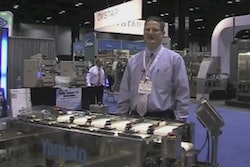 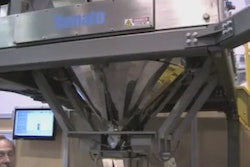