Based in Toronto, Ontario, Canada, Victory’s Kitchen makes private-label “spoonable” foods for restaurant chains and retailers. The company’s kettle-cooked soups, sauces, and salsas are made from scratch. In fact, Victory’s Kitchen grows and processes its own vegetables, and all incoming ingredients are quarantined until they pass the company’s rigorous internal quality assurance tests.

“We’re obsessed with quality control,” says Allan Kliger, founder and president of Victory’s Kitchen. So when Kliger decided to launch the company’s own brand of frozen entrées, he focused on setting up a state-of-the-art production line that would accommodate growing volumes with ease.

“The line is very different from our previous packaging lines, which were typically producing boil-in-bag pouches,” says Kliger. Pipeline-style metal detectors, routinely used at Victory’s Kitchen in the past, weren’t appropriate for detecting metal in the sealed plastic trays used for the new entrées. “With our other production lines, the product passes through a pipe, and the pipe passes through the metal detector. With meals in a plastic tray, you have discreet elements—rice, sauce, vegetables, protein—so this was a more complex operation that required a more sophisticated type of detection system,” he explains.

Kliger wanted a system that was flexible enough to use for soft pouches as well as for frozen entrées. “With other systems, a reject arm pushes the product off the conveyor, but it’s hard to push a liquid pouch off a conveyor that way,” explains Kliger. By building the detector on an incline and omitting the reject arm, Fortress was able to provide the flexibility needed to handle both trays and pouches. “If there’s a reject, a flap gate opens, and the product falls into a chute,” says Kliger. “It was an inexpensive way to solve the problem.” Other machine features include full digital signal processing as well as complete variable-speed conveyor operations to synchronize with automatic downstream cartoning lines.

Initially, during the trial phase, Kliger placed the metal detector near the start of the production line so that any potential problems could be caught early in the process. “We had it positioned after the ingredients are deposited into the trays and the trays are sealed with clear film,” he says. However, Fortress noticed that placing the detector on the line prior to the freezing process limited the achievable sensitivity levels. To ensure better control, QC wanted to catch smaller-sized contaminants. In addition, when running fresh product through the current detector and then over to the racking system for freezing, fresh sauce would often cross over to the adjoining rice compartment in the multi-compartment tray, and the product would have to be rejected. This resulted in wasted product and extra QC staff to check the finished product.

“Metal detectors work by measuring conductivity or magnetism,” says Steve Gidman, president of Fortress Technology. “A lot of the products Victory’s Kitchen makes have salt or water in the mix, so the amount of conductivity is high, and it becomes an interfering source.”

To increase the machine’s sensitivity, Fortress recommended that the company move the Phantom to the end of the line and position it after the product is frozen. By freezing the meals first, explains Gidman, the moisture crystallizes, thereby reducing conductivity issues to the point of insignificance.

“With that simple move to the end of the line, we improved our sensitivities from 4.5 mm of stainless steel down to 2 mm of stainless steel, which is a tremendous gain,” says Kliger.” Passing the trays through the detector after freezing also reduced product waste since chilled sauce could not cross over into the rice compartment.

An added bonus was a reduction in calibration time. Because different entrées have different conductive properties, the detector had to be configured for each entrée when fresh, resulting in lower productivity and the risk of human error. But when product is frozen prior to entering the metal detector, the unit “sees” each frozen product as being the same; therefore, only one setting is needed. The “one-pass calibration” configures the system for a new product within seconds.

When the new entrée line first went into production, cartoning was all done manually. “The cartons had to be opened by hand and then glued at one end to close the flaps,” says Kliger. “After the trays were inserted into the open end of the cartons, the cartons were glued closed manually. It took a lot of people a lot of time. It ended up being a bottleneck, and it was costly.”

To automate the process, Victory’s Kitchen purchased an HC-120 manual-load horizontal digital cartoner from Consolidated Technologies (www.consolidatedtechnologies.ca). Although the machine erects, closes, and glues the cartons, manual loading is still required. “When we need higher speeds, we’ll automate the process [of feeding trays into the cartons],” says Kliger. Currently, the cartoner runs 70 cartons/min. Added features include an automatic in-feed conveyor and an extra workstation so that two people can slide the trays into the boxes.

Kliger is very happy with the results. “We went from 10 people down to two and increased our capacity exponentially,” he says. “Now we’re ready to take on more volume without spending a penny more on labor.”

Lastly, Victory’s Kitchen upgraded its semi-automatic tray-sealing line. Prior to the upgrade, trays were denested and placed onto a conveyor manually. After the trays were filled, they were manually placed in a cassette on the tray-sealing machine. Several trays were sealed at a time, and then operators removed the trays from the cassette and sent them downstream for freezing.

Victory’s Kitchen purchased a Model PXM fully automatic, in-line, multilane filling and sealing system from Nuspark Engineering Inc. (www.nuspark.com). The machine automatically denests the trays and places them onto the conveyor. After filling, the trays are sealed without an operator having to place them in a cassette. “We eliminated several labor positions and sped up production capacity significantly,” says Kliger.

Likewise, the Phantom BSH metal detector has been a success. “It’s easy to use, very user-friendly, and intuitive,” says Kliger. “We haven’t seen any false rejects on the system. Fortress did a great job of designing a machine to accommodate various styles of packaging, from hard trays to soft pouches.” 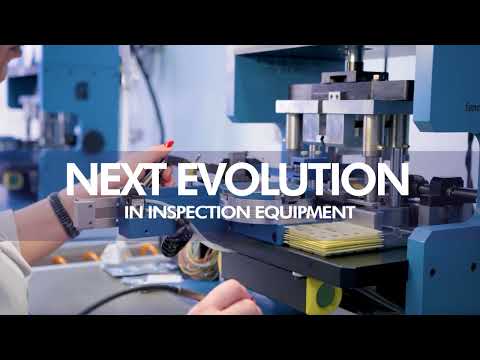 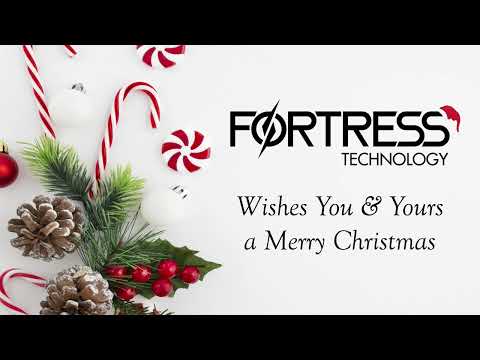 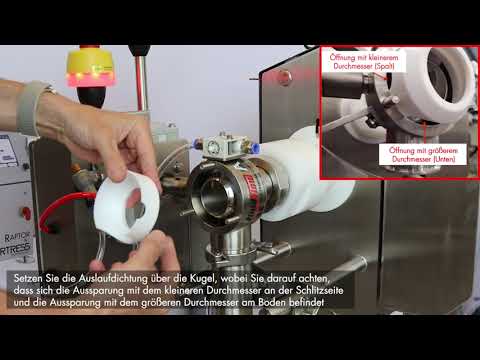 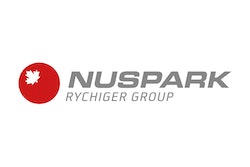 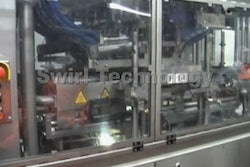