Biopolymers have finally begun to establish themselves as viable players in packaging.

You want a good yardstick by which to measure their growth? Try interpack. At the 2008 edition of this packaging extravaganza, held every three years in Dusseldorf, Germany, 40 exhibitors occupied the biopolymers pavilion. That’s a pretty steep jump from the 21 exhibitors that were in the pavilion at interpack 2005. I was impressed this year not only by the ingenuity on display, but also by clear signs that the developers behind the new offerings are paying attention to real-world marketplace demands.

To be sure, questions about biopolymers remain, and a reasonable list would probably include these:

• Can we keep a well-established and reasonably successful PET recycling system from being contaminated by bottles made of biopolymers?

• What about all the fuel needed to plant, harvest, and transport the crops from which many biopolymers are derived?

• How do we feel about the fact that fertilizers and pesticides are often, though not always, part and parcel of the biopolymers picture?

• When a shift to producing more ethanol from corn is already driving up food prices, won’t that situation be exacerbated if sizeable percentages of global corn supplies are used to make biopolymers?

Still, my bet is that the use of biopolymers for packaging is a step in the right direction. Critics who raise questions like the ones noted above make it sound as if answers will forever be out of reach. I think that’s a little shortsighted. Further development is definitely in order, but the optimistic side of me makes me think that such development will occur. By no means will biopolymers ever be the solution to a more sustainable future. But once the R&D crowd has cleared a few hurdles, I think biopolymers will claim a rightful place in the packaging mix.

Part of my optimism is based on what the marketplace is saying. Each time a well-known packaged goods company like Quaker Oats, a unit of PepsiCo Beverages and Foods, announces that the tamper-evident neck band on its iconic Quaker Oats package is now made from corn-based polylactic acid resin, the momentum behind biopolymers grows.

That momentum—particularly where corn-based biopolymers are concerned—may be slowed by recent events in the nation’s breadbasket. With flooding in Iowa ruining 10% of that state’s corn crop, the bushel price of September corn jumped 11% the second week of June. It was at $7.35/bushel June 13, but one agriculture economist at Iowa State University is wondering if we might see that price jump to $9 or $10.

One of the reasons that biopolymers have made such strides in recent years is because the cost of oil-based polymers has risen so dramatically compared to the cost of the crops from which biopolymers are derived. Will a spike in the cost of corn, a key building block of the biopolymers business, put a damper on the growth of biopolymers? It seems unlikely when there’s talk of gas costing $7/gal. But it certainly bears watching. 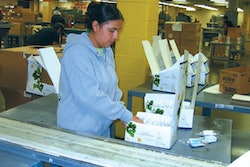 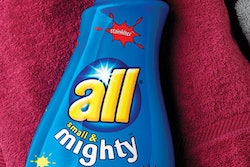