With the third rendition of the Packaging Automation Forum set for May 19 - 20 in Chicago, PAF organizers are seeking speakers who can address the broad area of packaging automation through better use of integrated controls technology.

Pat Reynolds
Speakers should come from the end user sector as opposed to the packaging machinery OEM or technology provider camps. Independent consultants or integrators may also be deemed suitable as speakers.

In his portion of the presentation, DeHaan explained that Lily has been successful in bringing modularity to the batch processing side of its business and that the goal now is to bring that methodology to packaging. “In our batch project,” DeHaan told his PAF audience, “we created 11 different classes of control modules that are very basic elements of control and we made them configurable. That way, when we have a new system that requires us to replicate a certain module, we can simply change the configurations and the base code doesn’t have to change. The more we rely on configurable modules whose base code remains the same, the less testing we have to do in order to meet FDA validation requirements. And re-testing, as you can imagine, adds greatly to our costs.”

DeHaan and Hawkins both emphasized, throughout their presentation, that Lily would like to see packaging machinery OEMs adopting the “hierarchy of modularity” that is now established on the batch processing side of manufacturing. If they do, significant cost savings and overall gains in efficiency would accrue to both OEMs and the packaged goods companies who are their customers.

Due to the Wal-Mart mandate requiring RFID on pallets and cases, Odom’s needed end-to-end supply chain visibility and automated tracking of goods without the overhead of bar code scanning. It also needed data synchronization, defined by Hader in this way: “A customer-based initiative to standardize product information technology and the methodology of information exchange between suppliers and retailers.” Odom’s accomplished its goals by connecting “intelligent” packaging machines to a DeviceNet network and by implementing RFID readers and printer/applicators that are integrated into the same network.

“All the data that we collect about counts and time stamps and you name it gets posted back to our sequel server database,” Hader explained to his PAF audience. “That allows us to get at our yield and efficiency calculation, which in turn allows us to get at downtime data in real time. We collect that data right off the PLC and throw it back into our sequel servers. From there we can run reports and see what’s going on. We now have an infrastructure for the collection of manufacturing data that will grow with us and position us to do a better job of running the business for years to come.” 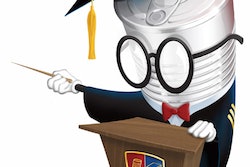 Smart packaging--gaining traction in the marketplace 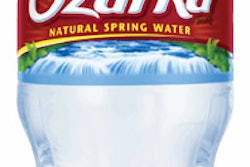 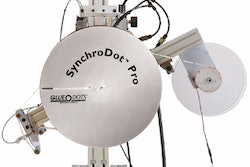