Home meal replacements on the move 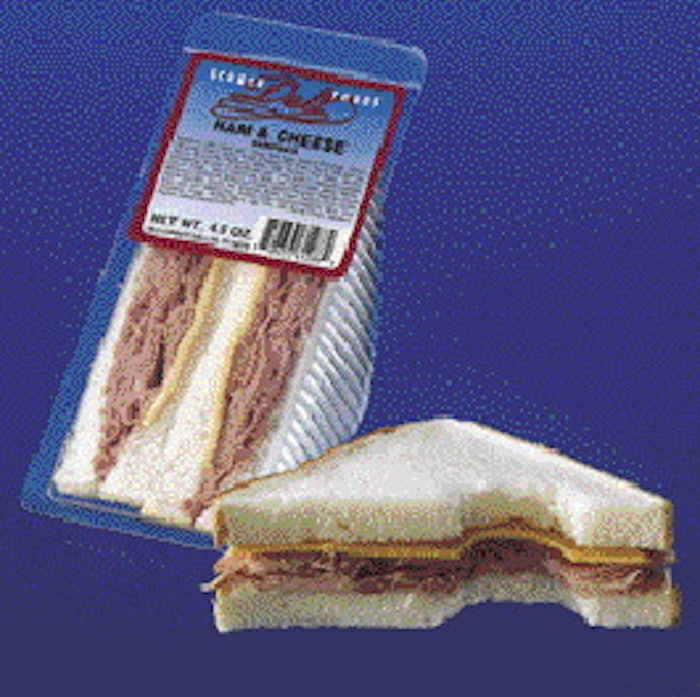 The market for home meal replacements is on the move--but in what directions? Packaging World contacted some key HMR packaging users and suppliers and solicited their insights about the trends in prepared, prepackaged convenience foods.

"Recent studies indicate that Americans want to spend no more than 15 minutes preparing a meal," according to a consumer research report entitled "Trends in the United States: Consumer Attitudes and the Supermarket 1999," released earlier this year by the Food Marketing Institute. "Supermarkets have seen an increased demand for pre-made and frozen foods," the report continues. "As dual-income households and disposable income increases, more and more people turn to ready-made foods, either frozen, refrigerated, or ready-to-eat--or they eat out."

The study also reports, "Supermarkets' share of the takeout food market has been holding steady for the past three years. Currently, one in five shoppers purchases prepared meals more often from supermarkets than from any other food retail establishment. While consumers overall still turn most often to fast-food restaurants for takeout, the number of meals purchased at such outlets has steadily declined over the years. In 1999, 31 percent of shoppers report frequenting fast-food restaurants most often, compared to 46 percent in 1994."

To compete for takeout dollars, supermarkets are offering a variety of "meal solution" products. The FMI study classifies these products into three main categories: frozen, value-added, and ready-to-eat or ready-to-heat. According to the study, "A handful of ready-to-eat or

Interestingly, while supermarket deli takeout services are doing well, shoppers are using in-store, sit-down cafe facilities less frequently than in previous years, according to the FMI report. If this trend continues, it serves to intensify the importance of high-integrity take-out packaging with convenient in-home reheatability.

"We're also seeing increased interest in the microwaveable clamshell packs that incorporate an easy-open seal strip around the lid. Our research shows that consumers perceive the clamshell as a premium, fresh deli-style package," reports Forowycz. "Research also shows that about 75 percent of HMR buyers reheat these products in-package in the microwave oven."

According to Forowycz, one firm that exemplifies the trend of small- to medium-sized companies driving the HMR market is Scobee Foods, Inc., Dallas, TX. Established in 1955 as a frozen sandwich franchise serving vending machine

After sandwiches are manually assembled, the packages are filled, evacuated of air, flushed with a carbon dioxide/nitrogen gas blend and sealed. Varieties range from ham and cheese or turkey and cheese to hamburgers and chopped barbecue beef.

"Our sandwiches are marketed from convenience stores, but we also are hoping to develop some relationships with supermarket chains," says Scobee.

Asked where most of the current action is in HMR packaging, Dave Favret, sales engineer for Convenience Food Systems says, "Most of our customers are meat packers and food processors. But we certainly see some of the big supermarket chains--the ones that operate their own production facilities, such as Safeway and Winn Dixie--as major potential players in the HMR arena. For in-store delis, freshly prepared, precooked and prepackaged meals fit like a glove."

Favret added, "While some of our customers market frozen HMRs that can have months of shelf life, we see more activity on the shorter-shelf-life, refrigerated, modified-atmosphere-packed side. The quick-reheat factor of refrigerated foods underscores consumer convenience. The other trend we've witnessed is a proliferation of fully prepared meals combining meat, pasta or rice, and vegetables in a single dish."

A particularly intriguing finding of the FMI study related to irradiated foods. Said the report, "The majority of shoppers claim they are very or somewhat likely to purchase irradiated poultry, pork or beef--a finding similar to last year's."

This would seem to indicate that consumers are beginning to embrace the food safety benefits of irradiation. That's good news for food processors/packers who view in-package pasteurization--either via heat or irradiation--as the most effective means of combating food pathogens that can find their way into foods between the processing and packaging steps.

"If we had regulatory clearances, irradiation could be used to eliminate pathogenic bacteria in cooked foods, including a full range of home meal replacement products. We've been irradiating precooked foods for the NASA program since 1992."

A free-lance writer based in Lac du Flambeau, WI, Judy Rice is the former packaging editor at Food Processing magazine