Avoid these mistakes when considering, and implementing, robotics on your packaging line.

As robot technologies continue to improve and evolve, the choices facing today’s robotics buyers continue to expand as well. How do you know what type of robot to choose? And more importantly, how can you avoid mistakes that you may not be aware of, even if you’ve successfully applied robotics technologies in the past? With investments ranging from tens of thousands to potentially millions of dollars, it’s critical to make the right choice the first time, and to avoid common mistakes that could add substantial, unnecessary costs or result in project delays. To help engineers and manufacturing personnel avoid the worst pitfalls, I’ve gathered up the Top Ten robotics application mistakes I’ve seen in my experience in the automation business.

Mistake 1: Underestimating Payload and Inertia Requirements
The number one application mistake made by robot users is underestimating the payload associated with a given application. The most common cause is failure to include the weight of the end-of-arm tool in the payload calculation. The second most common cause is underestimating or completely ignoring the inertia forces generated by off-center payloads. Inertia forces can overload a robot axis. It is very common to overload the rotational axis on a SCARA robot. Failure to correct the problem may also cause damage to the robot.

Reduction in the payload and/or reduction of speed parameters could remedy the situation. Reducing the speed, however, may cause an unwanted increase in cycle time—a cycle time that may have been part of the ROI calculations used to justify the purchase of the robot in the first place. That’s why it’s critical to consider all load-related factors from the very beginning.

Mistake 2: Trying To Do Too Much With the Robot
Sometimes the awesome capability and flexibility of a robot can cause a designer to over-task the robot and make the work cell too complex. The result once again could be failure to make cycle time, or it could lead to extremely difficult programming solutions, or even to difficulties with processor speed limitations. This mistake is further magnified when users other than the system designer try to troubleshoot the work cell once in production. Unplanned downtime can be very costly in a production environment.

Another common manifestation of over-tasking the robot cell is known as “Project Creep”—adding work beyond the original tasks for which the robot and work cell were designed. This can be especially disappointing if the additional tasks are added after a simulation has been performed verifying the original assumption. If no new simulation is done before proceeding with the project, the intended cycle time may not be reached. Be careful not to increase the scope of work of the work cell beyond the robot’s capability within a given cycle time.

Mistake 3: Underestimating Cable Management Issues
As simple as it may seem, cable management is often overlooked, possibly because it seems so simple. However, optimizing cable routing to end-of-arm tooling or peripheral devices is crucial for unrestricted movement of the robot mechanic. Failure to design out this potential problem can lead to unnecessary movements of the robot to avoid tangling or stressing wires. Also, failure to use dynamic cables or to minimize cable stresses can lead to broken wires and down time.

Mistake 4: LOSTPED, or Failure to Consider All Application Elements before Choosing a Robotics System
Bosch Rexroth uses the acronym LOSTPED to describe the application elements required to size a mechanical system. By working through these considerations for each application, you will be sure to consider the application from every possible angle will avoid mistakes during planning that could result in severe cost overruns when the system is installed. You may even discover that you need to consider a different type of robotics solution altogether; you may discover, for example, that you need a Cartesian system as opposed to a SCARA robot or six-axis robot.

Mistake 5: Misunderstanding Accuracy Vs Repeatability
An accurate mechanic can be repeatable but a repeatable mechanic may or may not be accurate. Repeatability is demonstrated by returning accurately to a taught position point in the work envelope of the robot. Accuracy is demonstrated by moving precisely to a calculated point in the work envelope. Pallet commands use a robot’s accuracy capability by calculating an array of robot positions based on a few taught points. Accuracy is directly related to the mechanical tolerances or precision of the robotic arm.

Mistake 6: Choosing a Robotics System Based Solely On the Control System
Most robot manufacturers would agree that much more consideration is given to the robot controller than to the mechanic. This is ironic because once the robot is deployed, the uptime is mostly dependent upon the robustness of the mechanic. Loss of production throughput is less likely to be caused by a broken controller (an electronic device) than a broken mechanic. Most often a robotics system is chosen based on the familiarity of the user with the controller and the software. If the robot in question also has a top-notch mechanic, then this is a competitive advantage. If, on the other hand, the robot needs constant servicing after installation, then any time savings from controls familiarity will be quickly squandered.

Mistake 7: Failure to Accept Robotics Technology
A machine builder or an integrator may create a robot work cell adequate for an application, but if the end-user fails to embrace the robotics technology, the project will be doomed to failure. The uptime of any production equipment is directly related to how well users understand the equipment and to their ability to maintain the equipment. The same is true for robot technology.

It is not uncommon for new robot users to refuse robot training. Fully understanding the capabilities of a robot and “Best Practices” for a given brand is crucial to a smooth integration.

Mistake 8: Overlooking the Need for Crucial Robot Options or Peripheral Devices
Teach Pendants, communication cables, and even special software options are all examples of items that may be needed, but forgotten at the time of the initial order. The lead-time for such items and the cost may delay the project and cause it to go over budget.

Be sure to compare competitive robot products accurately before purchase, and be sure to consider all aspects of integration and the need for any such optional equipment.
It is not unusual at all to find a user attempting to save money by integrating a robot without options critical to the robot’s overall performance.
Mistake 9: Under- or Overestimating the Capabilities of a Robot Controller
Underestimating the capabilities of a robot controller can lead to duplication of systems and the incurring of unnecessary costs. Duplicating safety circuitry is very common.
Overestimating controller capabilities can lead to additional equipment costs, rework and costly delays. Attempting to control too many I/O, additional servos or simultaneous routines is a common mistake.

Mistake 10: Failure to Consider Using Robotics Technology
The size of the initial investment, the lack of familiarity with robot technology, and past failed attempts are all reasons that people sometimes shy away from using robotics technology. To improve productivity and gain a lasting competitive advantage, however, it’s important to look beyond misconceptions such as these. While it’s true that robotics are not the answer to every single productivity improvement, robots can certainly help in many situations.

Other mistakes The previous top-ten mistakes represent a selection of mistakes that I’ve seen most frequently in the field. But there are many others that can easily be included:
* Failure to Consider Future Applications for the Robot
* Choosing a Robot Solely On Price
* Not Understanding the Full Capabilities of the Robot before Implementation
* Not Fully Utilizing the Robot's Capabilities
* Believing Robotics Are Too Complicated
* Believing There Is a Perfect Robotics System

Whatever your robotics task, the best advice of all is to work very closely with your robotics supplier and system integrator. The better they understand your needs, the more likely you will be to receive a system that can perform exactly as you’d like it to. My hope is that these top-ten mistakes will serve as the starting point for these discussions. 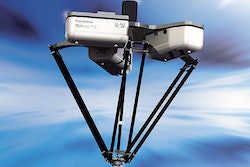 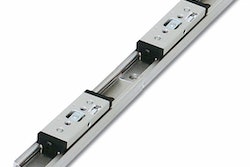 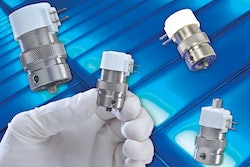 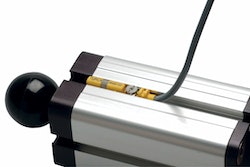