When a demanding beverage products customer specified a controls platform that was functionally sophisticated but easy to operate, Cryotech delivered.

Cryotech International (www.cryotechinternational.com) is a leading manufacturer of liquid-nitrogen dosing systems used by beverage manufacturers as a means of preventing PET bottle sidewalls from collapsing as internal pressure builds due to vacuum buildup.

For one specific beverage producer, Cryotech needed a machine that was simple to operate yet technically sophisticated. The machine also had to have the ability to be networked with other units, and the beverage producer for whom it was being designed required a reliable control platform that could be serviced, repaired, or replaced anytime, worldwide. The controls hardware had to be plug-and-play and available off the shelf.

“Reliability was a prerequisite,” says Cheryl Thierfelder, Cryotech vice president of eastern sales and marketing. “If the dosing system goes down, the entire line goes down. It can cost producers as much as $6,000 for each hour a bottling line is not producing.”

“The bottle may be under the dosing head for as little as 15 milliseconds,” Thierfelder says. “Operators can use the touch panel and immediately adjust dosing timing if the nitrogen is hitting the leading or trailing edges of the bottle. Since we’ve added Siemens CPUs we’ve had much better control of the valve cycle time and now have the ability to instantaneously share data throughout a plant.”

In addition, while the internal components of the CryoDoser ET 200S machine are hardwired together, the controllers incorporate Profibus and Profinet connections. The connections give the bottler options to connect the machines together by fieldbus or Ethernet communications to exchange data plant wide and up to the business office.

Cryotech also added a pulse-width module to the control system to more accurately regulate how open the valve should be. Working in tandem with the CPU, the pulse-width module gathers more than 1,000 points of data per container during the dosing process—far greater than the number of data points available on most dosing machines.

Since being installed in 2006, Thierfelder says the CryoDoser ET 200S machines have been well received at the Russian, Spanish, and Canadian plants of the bottler for whom the machines were designed. The TP 177B touch panels communicate in the operators’ native languages, and other languages can be added as needed. In addition, the control system incorporates intuitive features requested by the customer programmed with Step 7 and WinCC Flexible software.

“When we designed this system, we didn’t want to be needed in the field,” Thierfelder says. “We want the plants to take immediate ownership of our injection units. We included many indicator lights and programmed self check and diagnostics into the software. So even if a problem arises, say a heater goes bad or somebody forgets to connect a pneumatic line, the system is intuitive and provides real-time feedback so the operator can quickly make adjustments. No handholding is needed.”

Thierfelder says Siemens CPU and TP177B touch panel technologies that led to the success of the CryoDoser ET 200S have now been transferred to other Cryotech liquid nitrogen dosing machines being used by companies, big and small, all over the world.

Over the past two years the company has added Siemens’ SIMATIC S7 200 controller to its midrange CryoDoser S7 200 and UltraDoser S7 200 and general purpose UltraDoser SC 350 dosing systems. Like the high end CryoDoser ET 200S, the mid-range and general purpose dosing machines include a wide range of mechanical features and options, including sealed, vacuum insulation for frost free operation.

In addition, Cryotech’s high and mid-level production units are available with an automated defrost system that allows the dosing head to warm up and be replaced in less than 10 minutes.

The defrost function is programmed into the ET 200S and S7 200 CPUs and activated by the touch panel. Thierfelder says manual defrosting requires removal of all upstream liquid nitrogen. Not only does this present a potential safety hazard, she says it takes more than one hour to adequately warm up the injection nozzles. The automatic defrost function also eliminates the need to break the machine apart to purge the system, preventing condensation and ice from forming inside the unit.

Since this was the first time Cryotech had worked with Siemens, there was some initial concern about moving from one control platform to another. However, Thierfelder says any doubt was quickly erased.

“It was a partnership right off the bat,” Thierfelder says.”We conducted joint testing. Siemens application engineers were here whenever we needed them. We also received extensive software and training support. So the transition was seamless and painless.”

“Also, the machine operator is probably not a controls expert,” Thierfelder continues. “We worked with Siemens to make each machine user friendly. The WinCC Flexible platform also allows us to accommodate different languages. We’ve already utilized Spanish and Russian and are on the verge of adding Italian, French, Portuguese, and German.” 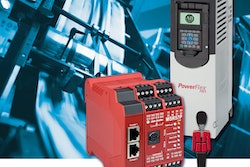 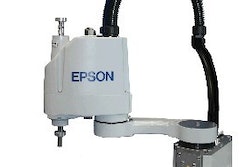 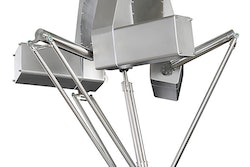 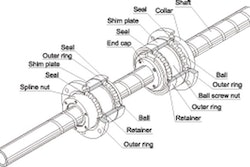