As companies find many reasons to integrate data from process manufacturing and packaging with each other and with the rest of the company’s business applications, engineers are turning to standards and models from the Instrumentation, Systems and Automation Society (ISA), OMAC Packaging Workgroup and the World Wide Web Consortium (W3C) for help.

A day’s work completed, you go home and open the refrigerator for a soft drink. Opening a can of Coke, the venerable and trusted brand of the Coca-Cola Co., you take a big swig. But something is wrong. The taste is bad, and your stomach starts indicating problems.

This happened in Belgium and France in the Spring of 1999 when some contaminated Coca-Cola was discovered after making several people ill. It seems that an employee in a Belgian plant used the wrong type of carbon dioxide (used to make the “fizz” in the soda) and bacteria was introduced into a batch in a French plant. Not able to trace exact lot numbers, the company had to recall millions of containers of its popular soft drink.

The company did much better during a problem with caps on its Dasani bottled water in the United Kingdom earlier this year. Its engineers learned the lesson from 1999. It is important that manufacturing information from batch operations be coordinated with labeling functions during packaging so that products can be traced to a much finer degree than previously possible.

In fact, according to Rick Morse, strategic applications manager for the automation control and information group at Rockwell Automation, food and beverage companies in the United States are quite concerned about this very aspect of the Bioterrorism Act. “I have just returned from a trip visiting several companies in the food and beverage industry,” he notes, “and they are all concerned about how to comply with this act.” Unfortunately for this report, the concern over this issue is so great that no one from these companies would talk on the record.

Apart from this attention-grabbing example, are there more reasons to do this work to more tightly integrate packaging machinery with process manufacturing and business systems? Well, yes. One would be work flow. When customer orders are received, wouldn’t it be great to make to the order? A system that ties business applications like order entry to manufacturing to packaging could accomplish beneficial things like reduce work-in-process inventory and make the company more responsive to customer demand. Coca-Cola, to stay with the example, could vary from Classic Coke to Vanilla Coke to Non-caffeinated Coke to Cherry Coke and so on in lots that reflect actual customer demand.

One method in process now is the development of standard ways of communicating among all these entities. In the process manufacturing world, there is a standard that describes how batch processing works called ANSI/ISA S88. This is a so-called “state model” that describes the various states, or conditions, that a process can be in. Examples would be operating, mixing, heating, pumping, operator input, and the like. The possible transitions from one state to another are also defined. Further, terminology is also defined, so that when one engineer talks to another about a certain state, the chances of misunderstanding are reduced. The World Batch Forum (WBF, www.wbf.org) has used the S88 model to define states and terminology for batch processing.

Jim Parshall, senior process automation engineer with Eli Lily and Company in Indianapolis, says that the WBF has a wealth of information about S88 and its companion standard for integrating data vertically in an organization—ANSI/ISA S95. Parshall also wrote a book with Larry Lamb published by ISA Press that is a guide to implementing the standard in manufacturing. “Applying S88: Batch Control from a User’s Perspective” details the authors’ experiences implementing a new batch control system at ice cream maker Ben & Jerrys St. Albans, VT plant.

Parshall has this advice: “S88 isn’t just a standard for software, equipment, or procedures; it’s a way of thinking, a design philosophy. Understanding S88 will help you better design your processes and manufacture your products.”

In the packaging world, a group of engineers from machinery building companies, users of that machinery, and technology providers formed the OMAC Packaging Workgroup (www.omac.org) with a mission to develop such standards for its industry. The resulting PackML guidelines used S88 as a foundation. The group defined each possible state of various types of packaging machines and then defined possible transitions for each state. Further, it developed a standard terminology.

There’s a benefit to implementing S88 where packaging machinery OEMs are concerned, says Rockwell’s Morse. “The engineering rigor of applying S88 provides a more consistent method for negotiation between the OEM and user. Previously, performance was the requirement. Where OEMs typically would get into trouble during the selling process would be overstating machine performance, underestimating performance criteria, or getting caught short at startup with the integration with other machinery or with the wrong error codes.”

That statement shows how OEMs can become a little more profitable. Another use of standards yields competitive advantage by helping customers increase profits. Morse adds, “There is usually no consistency from one machine to the next. Operators might have trouble figuring out the different machines on the line and that may add to downtime. Using standards that engineers already know also helps customers increase integration with their other machines.”

Thomas Nash, an active subcommittee participant with World Batch Forum and an engineer in the pharmaceutical industry, represents the end user side of the equation. He is looking for standards to help make his life easier supporting both batch process and packaging. “I work primarily on process but provide support for packaging,” states Nash. “Packaging is still not control intensive, but new ideas from OMAC, while increasing the complexity of programming the equipment, make it easier to maintain. There is a synergy with what we were trying to do with batch standardization carrying over to packaging. We believe that what they’ve done with OMAC can parlay into the S88 type structure. I think merging of the two areas is quite plausible. It is the same type of thinking, and it will happen, but not overnight.

“The technology is not necessarily important, but the model and the thinking process are,” adds Nash. “I’d like to put together a model of how communications can be done from S88 to non-S88 equipment. Let’s define a general model and define what types of communications can occur between them, then define technical details of how to do it.”

This vision is not just engineering, but it encompasses broad business benefits along with the engineering benefits. “Among the benefits from a pharmaceutical industry perspective, is the ability to deploy a common automation strategy across systems,” Nash states. “This would lead to the same type of thinking and approach in each system. If you can do that, then you can develop efficiencies with validation and regulatory issues. For example, if you can develop a module and get it validated, then you can use it other places, if it fits, and reduce the validation time. Since there’s not much crossover from process and packaging worlds, you have to hire two groups that do essentially the same thing. With a common architecture you can do things like cut training since modules look the same and are understandable. Once you have a common strategy and platform, then you can start building efficiencies at the manufacturing resource planning level with information handling. That could be phenomenal. You’re really talking about integrated manufacturing controlled by one scheduling system. Now it’s too hard to integrate process information because everything is ad hoc and done differently with different philosophy or approach, or definition of information.”

The ANSI/ISA S95 standard includes a model similar to S88 that defines terms and transactions. Users who purchase systems from different suppliers for different levels of the organization can have confidence that they will understand how they communicate along with finding greater ease with the integration process if both are compliant with the S95 standard.

Further, another standard for information exchange exists world-wide and is promulgated by an independent standards organization—the World Wide Web Consortium (www.w3c.org). This standard is eXtensible Markup Language (XML). XML is a simple, text-based language that enables Web documents to “talk” to each other. Part of the standard for XML defines “schemas” or documents that describe the “buckets” into which streams of data will be stored or displayed. For example, if the schema defines “address,” and if two applications use a record called “address,” then actual address data stored in one program can be sent to the other program where it will be stored under “address.”

Enter the WBF to integrate all these standards into two ways of mapping the state models into XML.

BatchML is an XML implementation of the ANSI/ISA 88 family of standards. BatchML consists of a set of XML schemas written using the W3C’s XML Schema language (XSD) that implement the models and terminology in the S88 standard. BatchML provides a set of XML type and element definitions that may be used in part or in whole for batch, master recipe, and equipment data. BatchML is a tool to use when exchanging ISA-88 based data.

B2MML is an XML implementation of the ANSI/ISA 95 family of standards. B2MML consists of a set of XML schemas written using the W3C’s XML Schema language (XSD) that implement the data models in the ISA-95 standard. Companies interested in following S95 for integration projects may use B2MML to integrate business systems such as enterprise resource planning and supply chain management systems with manufacturing systems such as control systems and manufacturing execution systems.

As suppliers and engineers use these standards, the barriers between process and packaging, as well as the barriers between manufacturing and business, will be crushed. Companies will realize the benefits of reduced inventory, smoother transitions at product changes and, perhaps most important, enhanced product traceability.

See the sidebar that goes with this story: Partnership Breaks Manufacturing Barriers 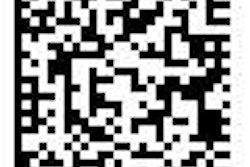 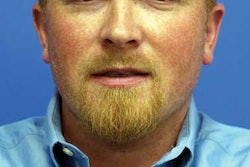 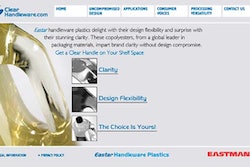 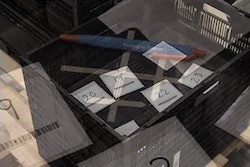