Like the balk rule in baseball, the question of whether an individual food is good or bad for you is complicated. Still, the quest for a simple and quick designation of a food’s value has recently been an active area. The future food label might summarize a swirl of detail with a simple symbol or phrase telling you the food is good for you in some way, or every way.
More and more companies are using symbols, icons, or phrases to designate a given food’s nutritional value. That has inspired a new effort by the US Food and Drug Administration to explore possible new ways to communicate on food labels.

The food label—you heard it here first—is the average American’s most frequent interaction with the federal government. Indirectly, anyway, because food companies make the labels after reading and interpreting federal laws and regulations. We hope. Consumers and companies and government have a kind of daily dialogue via recognizable parts of the packaged food label, like the Nutrition Facts panel, and health and nutrient content claims. The numbers in that Nutrition Facts panel compare the content of the labeled food with optimal levels of calories, fat, fiber, and other nutrients according to a whole passel of scientists and nutritionists, and the standards for claims have been set to reflect their best thinking as well.

If the label is a dialogue, an emerging new language of symbols has gotten FDA’s attention, as more companies and even foreign governments have expanded the practice. Now, FDA is wondering if it should use symbols, too, and in September made a request for public comments and a hearing. (Still upcoming at press time.)

It isn’t a new idea, this concept of using symbols or words to quickly convey a complex health or nutrition message. But it has been controversial and often was viewed as too touchy and complex to attempt.

Stroll with me back to 1990, when a new law called the Nutrition Labeling and Education Act was passed. It ushered in the current regime requiring that Nutrition Facts panel, and putting some much-needed shape around a swirl of food product label claims for terms like “light” and “high,” as well as claims for effect on disease, so called “health claims.” Before that law came into place, there was a great deal of debate and struggle in industry and government over how best to regulate claims on food labels.

The emerging truism that diet and health were unavoidably related pointed to the wisdom of allowing food labels to tout their contents or the health benefits of what was or wasn’t in them. On the other hand, FDA struggled with different companies using nutrient claims terminology in different ways, consequently causing consumer confusion, when they claimed products were “light” or “high” or “low” in one or another nutrient.
And FDA also struggled with health claims, that is, claims about helping prevent, avoid, or mitigate diseases, which under the law were traditionally not the province of foods at all, and which FDA wanted used only after a consensus of medical experts agreed that the claim was true.

And amid that swirl of complex and important issues were suggestions for endorsements, or seals of approval, for foods, or private ideas to sanction some but not other foods with a symbol for their nutritional goodness, or heart-healthiness, for example.

Traditionalists objected to these endorsement concepts as potentially misleading or as oversimplifications, since most observers agreed that most foods are good in some ways, less good in some ways. There was a good deal of concern that any endorsement program would result in some foods being labeled “good,” and others “bad,” to the unfair benefit or detriment of the food’s purveyors or competitors, depending.

So what kinds of symbols or other designations does FDA have in mind? It’s too early to tell. The agency is starting its exploration of the topic by noting that there are a number of private systems already in place, and also government systems in other countries, such as the “traffic light labeling” symbol system in the U.K.

For example, Kraft says of its “Sensible Solution” program, “The Sensible Solution flag can be found on Kraft products that meet specific nutrition criteria, on a per serving basis, for each category of our products.” They say that consumers can take a quick look at the flag’s information and “understand many of a product’s nutrition benefits and make better choices.” To qualify for the flag, the food must provide good stuff like protein, calcium, fiber, or whole grain at what Kraft calls “nutritionally meaningful levels,” and at the same time stay within limits on less good stuff like calories, fat, sodium, and sugar. Alternatively, the product could wear the flag if it meets specifications for “reduced” or “low” or free levels of calories, fat, saturated fat, sugar, or sodium. (The Kraft document detailing the program didn’t say so explicitly, but those specifications almost certainly match those provided for in FDA’s food labeling regulations.)

The agency wants public input on a series of questions relating to the criteria used by existing symbol programs, consumer reactions to and understanding of the symbols used, and the cost impact of such a program for industry and consumers. FDA says, “Symbol programs have been instituted by companies to promote their products and provide consumers with easily understandable nutrition information to aid them in their food purchases.” The company programs are not all consistent with one another, adds FDA, “Although each symbol intends to indicate that the food product bearing the symbol is a healthful choice, each symbol program has different nutrient requirements. The selected nutrients and the nutrient levels required for eligibility vary among the different symbol programs in use.”At the hearing, industry groups were expected to advocate that any program be voluntary, or left to manufacturers as they now are, and warning against that old concern with overly simple messages making some foods look bad.

Still, FDA, with industry and consumer input, might find a fair and questionable way for all food to use symbols. If they do, the future might bring some simplicity. That would be nice for a change. c

Eric can be reached at www.ericfgreenbergpc.com. 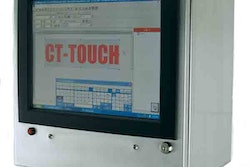 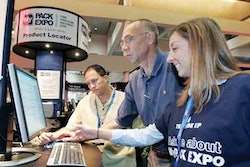 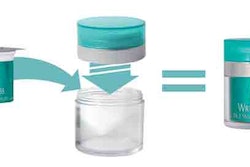