Mark Johnson of the industry group RFID Tribe talks about its past, present, and future, and what's in it for packagers. 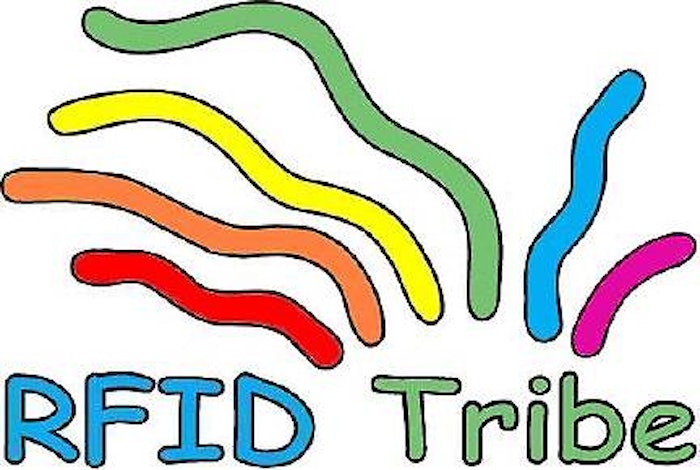 Mark Johnson may be called the chief of the RFID Tribe as well as a founder. Johnson formed the RFID Tribe two years ago on the principle that members collaborate and help each other in the emerging technology of RFID. That's according to Johnson, whom I met in March at the RFID World event (see A first read on RFID World 2006 where we met by chance over lunch. His motivation for spearheading RFID Tribe? "I'm passionate about technology and technologists," he responds.

To me, the organization can be likened to our industry's Institute of Packaging Professionals, only with an RFID focus. Members come from such companies as Coca-Cola, P&G, Schering-Plough, Tesco, Unilever, and Wal-Mart. Johnson's responses to our questions follow.

What is the RFID Tribe and what does it do?

RFID Tribe is a global association for RFID professionals with local chapters. The group of industry experts collaborates on RFID and sensor technology, standards, venture capital, products, solutions, industry trends, people and events. RFID Tribe's members use group e-mail and electronic bulletin boards tied to special interest groups and to geographical chapters to collaborate with RFID experts around the world. They use chapter meetings to collaborate with members from their metro area. RFID Tribe provides a platform for members to collaborate both locally and globally, along with a job board for RFID technology talent. The group serves as an engine for ideas, people and capital.

How did it begin?

What void does RFID Tribe fill?

RFID Tribe is comprised of individuals of which about 60% have technical backgrounds (electrical engineers, computer science, math) and 40% have commercial backgrounds (operations, sales, business development, marketing, venture capital). The cross-pollination of both technical and commercial interests makes the group vibrant. RFID Tribe is comprised of end-users, vendors, and academics from around the world.

What happens at a meeting?

RFID Tribe meetings are structured to encourage collaboration. A typical meeting starts with networking followed by lunch during which attendees hear presentations from one or two speakers. Each meeting has a theme. Examples include RFID and Consumer Packaging, RFID Middleware Technology, Starting and Funding an RFID Firm. The meeting wraps up with an opportunity for entrepreneurial collaboration.

Roughly 30% of RFID Tribe membership are end users of RFID technology and come from a broad base of industries including consumer packaged goods firms, retailers, healthcare, defense, manufacturing, pharmaceutical, and others.

What specific benefits are there for CPG members?

RFID Tribe members interaction centers around interest groups in their industry and around chapters in metro areas. Members in those chapters and groups trade ideas, post articles of interest, ask questions, and collaborate with each other on RFID technology.

What's with the "tribe" angle?

Individuals organize around RFID Tribe's geographical chapters and its special interest groups to find those individuals with whom they share common interests and with whom they choose to collaborate. The members affiliate with individuals who share their specific sets of interests and their area of expertise, for example, RFID Tribe Dallas, RFID Tribe Manufacturing, RFID Tribe Healthcare. Members often refer to these groups informally as the Dallas Tribe, the Manufacturing Tribe, the Healthcare Tribe, for example.

What's ahead for the RFID Tribe?

RFID Tribe's direction is up to the members. Some of our best ideas have come from members who say, "I wish RFID Tribe did this for its members." RFID Tribe is currently working on education/learning initiatives with RFID education providers.

RFID Tribe will continue its rapid growth from its current 2ꯠ members in 60 countries to more than 30ꯠ members. As the local chapters grow, chapter leaders guide each chapter's agenda and direction. RFID Tribe is growing rapidly and needs leaders for its local chapters.