RFID meeting of the minds roundtable

Experts discuss the perils and the promise of RFID.

Larstan Business Reports, Potomac, MD, held an executive RFID: Meeting of the Minds roundtable in Chicago in mid-December to discuss the perils and the promise of RFID. The panel of nine RFID analysts and solutions providers was moderated by John Persinos, Larstan editorial director.

RFID Antenna was privileged to be among a select few media members in attendance. The following provides a summary of excerpts from the event; a report of the approved transcript is available, in PDF format, on this page at Larstan's Web site.

Panelists agreed that getting the best and highest use of RFID—via real-time actionable information—requires interpretive analysis whereby users aren’t only seeing the information as it’s scanned, but they’re simultaneously putting it into historical context.

The increasing importance of making a business case for RFID was underscored by Robert Clarke, PhD, Michigan State University School of Packaging professor. He said RFID is still undergoing a rocky transition from broad theoretical applications to real-world practicality. Clarke said the technology offers enormous potential and benefits, but it’s still surrounded by unrealistic expectations. He said RFID technology one day would live up to—and exceed—the hype. But first, a lot of hard work remains.

“Wal-Mart has started backing off of a lot of [its] plans and applications,” Clarke pointed out. “Why is that? One, the technology, as developed, doesn’t work well in a lot of applications, and until they find out how to make those things work so that they can synthesize the data into actionable information, there’s just not a good enough business driver in terms of payback.”

A mishmash of opportunities

A major hurdle, Clarke said, is the limitation of current technology. “The problem is that RFID physics don’t always allow you to easily synthesize the data, and that’s what many companies are running up against right now, including Wal-Mart. They have not helped by continuing to refuse — and I understand why — to name vendors that work well for their applications. The good part of that is, it allows new companies and new technologies to come into the marketplace and maybe take over, but it also creates this mishmash of opportunities.”

RFID is just not a win…yet

Stan Drobac, Avery Dennison RFID Strategy & Planning vice president, echoed Clarke’s assertions. “For a lot of users, particularly the folks that are driven to do it early, there isn’t a clear business case,” he said. “So it’s hard for a supplier to Wal-Mart, in most cases, to come up with any kind of a financial justification for RFID. But at the same time people can’t justify it financially today, a great many of them can also look down the road and realize that much in the same way barcodes didn’t do much but add cost in the early days for them, that’s where RFID is today and that 10 or 15 years from now it will be ubiquitous. It will be something that we can’t live without. And they realize that it will be a win. It’s just not a win today.”

The big benefit: Exchange of data

Gilbert pointed to the promising results of the early RFID work undertaken by his clients.

“A lot of our customers have conducted several pilots and already work with the exchange of the data,” he said. “That’s really where the big benefit is. It’s not what you do physically on the distribution center floor. If that were the answer, our customers would have already done that, but it’s the ability to see both forward and backward into the supply chain information that they’ve never seen before."

Michael Crane, Cisco Systems, Advanced Services senior director, said that the companies that have successfully adopted RFID have been the ones with the “courage” to change their processes. “Everyone recognizes the value but then depending on the strategic nature of what you’re trying to do, you’re looking at changing some significant processes to implement RFID, so it’s more than just ‘barcodes on steroids,’ ” Crane said. “With a systematic approach you are getting more granular visibility into your supply chain and that can lead or cause companies to change their business processes. This is a dramatic change and I think that’s the reason that RFID deployments are being hindered. Do you have the courage to take that leap of faith and systematically make changes?”

Joseph Tobolski, Accenture senior director, and others suggested that RFID is not merely about reading sheer volumes of data. “Interpreting that data is important,” he explained. He noted that an RFID system must include sufficient middleware tools and applications to provide an analytical overlay, to make sense of the data in real time. RFID [does not produce] just a stream of undifferentiated information, akin to water blasting out of a fire hose. RFID data must be up-to-the-second and actionable, a goal that requires computing capabilities of mind-boggling sophistication.

Tom Gibbs, Intel Worldwide Strategy and Planning director, commented on the practical applications of these research efforts. “If you can apply those same concepts to consumer products or pharmaceuticals—to where you had that sort of real-time demand trigger, you know that a customer just bought something—you can determine the ripple effect back in the supply chain,” he said. “Can you react to that if you do know? I don’t believe that is a middleware function. That is going to [require a] higher algorithm created by business application. The middleware is going to facilitate the push of the data that’s required, but you have to remember when you read a tag basically all you know is that you saw a tag. That’s it. Consequently, I believe middleware will evolve to the point where a significant portion of it will be in the reader.”

The most important question to ask

The most important question a company can ask when pondering potential applications for RFID is: If we could track anything in any manner that we desired, and utilize that data in any way that we desired, what would that system look like?

Elaborating on that theme, Tobolski said that companies must define their informational goals before making RFID deployments.

“When they get the information that they’re trying to get with RFID, many users won’t be able to do anything with it,” Tobolski said. “They have no idea what to do with the information. Anybody can get data. We can all get data. It’s what you do with it that counts. It comes down to an operational evolution supported by technical solutions that will vary and improve over time.”

Don’t try to do stupid things

Walt DuLaney, Adaptive RFID chief executive officer, related how one of his clients is generating new innovations in RFID usage. “We’re tagging some things that are supposedly impossible to tag,” he said. “They have all the problems of what’s inside the package. And I used to work in a reengineering lab 15 years ago where we talked about performing different processes. Well, we can design factory processes so that we get 100 percent accuracy on this client’s products. Now, what does that mean? That means we don’t go try to do stupid things where we try to get 100 percent reads on very tightly packed pallets of products where the characteristics block RFID.”

DuLaney said the key is to tailor RFID applications for an end user’s specific needs. “You have to design the processes for the interaction of the process, the product and labor

efficiency,” he said. “If companies go through that exercise, they now have a nice, repeatable process that complies with their customer mandates and achieves what needs to be done to get benefits at various points.”

Tobolski cited the need for targeted, short-term wins in RFID to boost the technology’s credibility. Real world solutions, he said, will enable RFID to make its case, as success begets success.

Panelists remarked on the unexpected spin-offs of RFID research and development—a common phenomenon with a new technology.

“Gillette has talked several times about the unexpected benefits of RFID that they’ve seen,” Drobac said. “They went into this on blind faith, which they admitted. They’ve seen benefits in places that they weren’t looking for. But it’s tough to get people to talk about their big wins internally. Nonetheless, we have seen customers that have applied some of those computational processes on RFID and then have found the value in other areas."

As Persinos noted: “One big take-away from this discussion is that RFID is not a technical fix in response to mandates. It’s a way to add value to a company’s services and to its products and to the entire enterprise.” 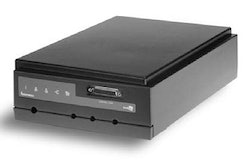 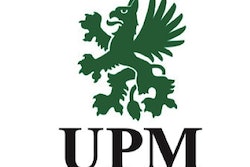 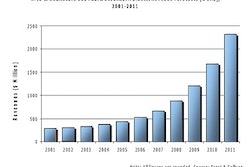