Tanimura & Antle continues to expand its RFID program, adding retailers and other varieties of produce.

Tanimura & Antle vice president of information technology Tom Casas debriefs us with an update to the produce packer's RFID program that was highlighted in April 2005, T&A takes RFID into the field.

In summary, family-owned grower-shipper Tanimura & Antle, Salinas, CA, was just two months into its RFID program for reusable plastic containers (RPCs), back in the spring. Each RPC contains 24 heads of lettuce that are shipped to Wal-Mart. Now, six months later, Casas provides highlights on how T&A's RFID program rollout is going as of October 2005:

T&A is now involved with two more pilots beyond Wal-Mart.

These include Albertsons, for which T&A is shipping RFID-tagged bins of lettuce. Casas says they are currently sending two items, lettuce and cauliflower, to one Wal-Mart distribution center, but may add more items by the end of 2005.

T&A's second RFID-tagged product, cauliflower, is now distributed to both Wal-Mart and Publix.

The company has begun a test program for Publix at the University of Florida to test the EPCglobal Network.

T&A currently uses only tags and reader-antennae from Alien Technology. "For now, Alien tags worked out better for us," Casas says. Click here to link to Alien's Web site.

T&A's best reads occur while spinning pallets on a stretch wrap machine. This insight has been one RFID Antenna has heard from various sources.

T&A's "homegrown" middleware software is still doing the job for them.

"I'm not as sure about moving away from our custom middleware solution to a commercially available version," says Casas. "Our software is working very well and we are integrating it with information from our Warehouse Management System software via a Web portal. Results are promising at this point."

Read rates at T&A's DC have consistently been around 98%.

"Our RFID program with Albertsons uses corrugated boxes," says Casas, "and the read rates were slightly lower than with the plastic bins we use for Wal-Mart. Our guess is that RPC gives us a little greater distance between the tag and the product. In other words, the wall thickness with the plastic on RPCs is thicker than the medium and liner on corrugated boxes."

Because of its pack density along with its water content, T&A expected that test runs of RFID-tagged containers of celery to be more challenging to read than lettuce.

"We did not find that to be true," says Casas. "Read rates were almost the same as lettuce. Celery should not be an issue." The next product T&A will test is broccoli.

"As I've stated from the start, the advantage will be in how companies make process changes as directed by the data," says Casas. "We see opportunities in making process changes based on the data, though we need more experience before we can finalize our findings and make those processing changes. I know it's an overused term, but we need to reach 'critical mass.' The catch is that even if we get critical mass, I'm still not sure there is a return-on-investment for us with RFID. The question is: Although we will be able to make better decisions on product handling, will those decisions pay for the tags?"

The drop in RFID costs the past few weeks could provide additional help on the bottom line.

T&A is interested in Gen 2 technology, but is awaiting delivery of its first Gen 2 reader, Casas says: "We expect to begin testing Gen 2 before the end of 2005." 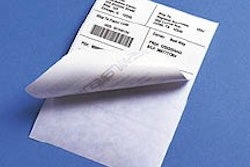 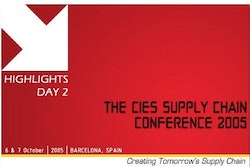 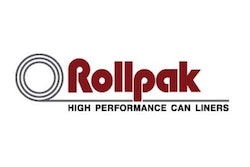