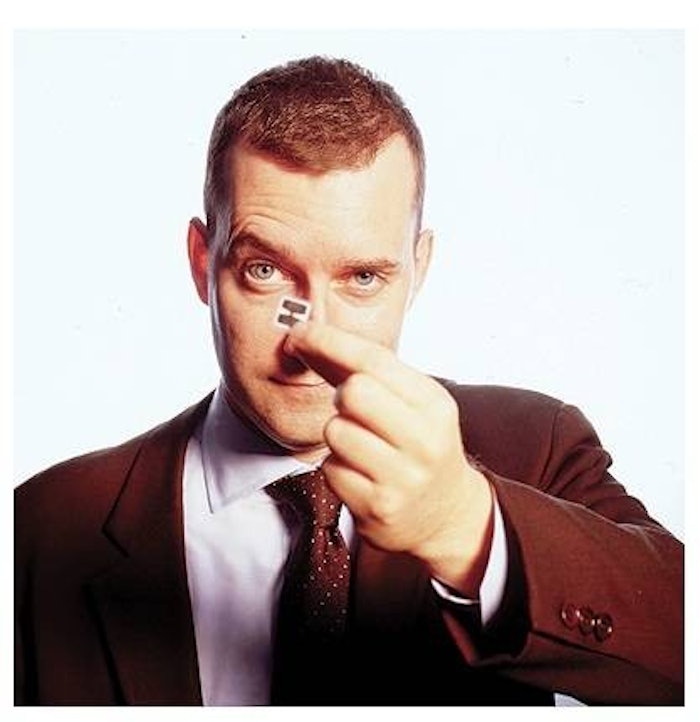 The key to RFID today for everyone is scalability.

Some users take a short-term view and do the bare minimum. They are going to have to tear that down and start over at the end of the year.

There are going to be some uncomfortable conversations at budget time when a manager finds out that the company needs to sign another check for RFID in December 2005.

Make sure the RFID infrastructure you deploy now is the right one for the future.

You will want to scale up, and you will think of new things to do with RFID, yet there are ways to ensure that what you buy today will be useful five years from now.

The best approach is to break the journey down into steps, but always make sure each new step leads to another.

A trend we’re now starting to see is unit-level RFID, especially in pharmaceuticals. For example, a pedigree law in Florida will go into effect in 2005. Although it doesn’t specify pedigree using RFID, it does require that manufacturers keep accurate track of where all their items go. It could be done using paper, though RFID is being targeted as a solution. A similar law is set to go into effect in California in late 2005.

At the federal level, there’s no current legislation, but the Food and Drug Administration is increasingly proactive and vocal about the need for RFID throughout the pharmaceutical supply chain. The timing for that will be 2007 to 2008.

There’s a trend toward retailers to require RFID tags on larger and higher-value items. Best Buy is the best example—the company is requiring RFID on all cases in the next few years, and about 70% of the products sold at Best Buy consist of one product in a case.

Tags are currently write once, read many, so the data is “locked.” Maybe there would be reasons to unlock that in the future, though there are security concerns. Or maybe the tag could hold more than one number.

The ideal is to keep the data number the same and use it as a pointer to [each trading partner’s] database, but some people are not comfortable with that.

That varies enormously. Generally, it’s been by a fairly autonomous, small multifunctional team made up of entrepreneurial mavericks trying to pull together and do something extraordinary.

It’s been done that way the last several years and is appropriate for an emerging RFID market.

What we’re seeing more of now is that the maverick teams are institutionalized as part of a core organization, typically under the supply chain or information technology functions. This is an important change as we are now more into deployment of readers and other hardware that have previously been managed in their own little world; they are now becoming integrated into the day-to-day running of the business.

The RFID team is growing up and becoming part of the mainstream organization.

What are the ramifications of the Generation 2 protocol?

The hope is that the standard, recently ratified, will work better across geography such as Europe and support faster data rates. The most important aspect is that it will provide a port of entry to some large silicon chip [manufacturers] that have remained on the sidelines. That will make for a more competitive market and lower costs. You should know that many readers can read only one kind of tag, and they will require an upgrade using a screwdriver.

These years are the decade of RFID, and 2005 is another year of growth as part of a 5- to 10-year cycle. Wal-Mart-prompted RFID is an enormous undertaking, so it will be a good year in 2005, and a better year after that, and even better after that.