ARC Advisory Group says in a study that by 2008, it estimates the average price of a passive UHF radio frequency identification (RFID) tag will drop to 16¢, instead of the “nickel tag” predicted by some. 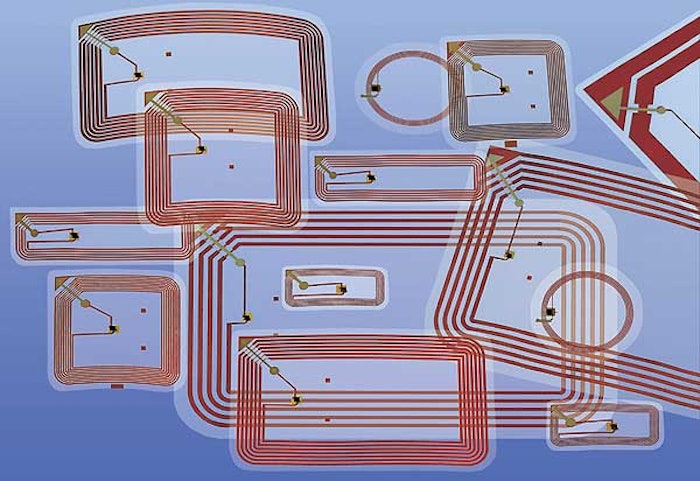 Published in RFID Journal, the ARC study, “RFID Systems in the Manufacturing Supply Chain,” reports that in 2003, the average price of a tag was 91¢ for a passive HF tag and 57¢ for a passive UHF tag. The passive HF tag is predicted to be nearly 30¢ by 2008, but the report goes on to say that “some tag manufacturers with high-volume contracts may be able to offer passive UHF tags for as low as 5¢ each.”

The author of the study, Chantal Polsonetti, vice president of manufacturing advisory services at ARC, says the tag manufacturing process will have a major effect on costs. “Antenna attachment or tag assembly, not intergrated circuit production, will be a primary supply-side inhibitor to increased volumes and in turn lower-cost tags.” The report is based on a survey of virtually “all suppliers of passive and semi-passive HF and UHF tags.”

Along with the cost of tags, another obstacle to widespread RFID implementation by manufacturers is the lack of a perceived business case.

On the other hand, the report predicts that the pharmaceutical market won’t be as sensitive to tag prices in the face of the Food & Drug Administration’s recommendation to use RFID technology to create a package “pedigree.” The potential for this market is 12 billion units, and pharmaceutical drugs have higher retail prices and higher margins.

More details about the ARC report are available at www.arcweb.com/res/rfid.