Shift in shopping habits and consumer insights indicate support by U.K. consumers for carbon labeling of their food products.

Two percent of U.K. consumers want carbon labels on food products, according to new research of more than 400 supermarket shoppers by Newcastle Business School, Northumbria University. The findings were released last week following the U.K. Conservative Party's pledge to introduce a supermarket ombudsman and legislation to enforce "honest labelling" if they are elected.

In December, Zaina Gadema, a logistics and supply chain management researcher at Newcastle Business School, completed the first stage of the study to gauge consumer perceptions on green issues when food shopping. A total of 432 shoppers across all of the U.K.'s major supermarkets were questioned on their demand for carbon labeling, their knowledge of their personal carbon footprints, whether they think climate change is an important issue when buying food, and whether current carbon labels are easily understood.

The results showed that 83% of shoppers do not know their own personal carbon footprint, but almost three quarters of respondents said that clearer carbon labelling on food products would help them to think “green,” the study concluded. Sixty-three percent of those surveyed via a questionnaire thought that carbon labels were a useful indicator for comparing environmental standards, although largely quality and taste (76%) were still deemed more important when purchasing food than environmental issues such as carbon (44%) and food miles (42%).

However, 68% claimed their purchasing behavior had changed significantly in the past 10 years. Consumers stated that their spending habits had shifted toward purchasing more free range (46%), more fair trade (42%), more locally sourced (32%), and more organic and less processed food products (32%).

"In light of the high proportion of consumers expressing a definite shift in shopping habits, these initial findings suggest that concern is indeed high with respect to climate change and food purchasing simultaneously," says Gadema.

"Overall,” she adds, “the dominant theme arising from this research is that consumers would generally like carbon labels on their food products. However, because there is little understanding or knowledge surrounding such information, as well as little in terms of availability of products with carbon footprints, it is difficult for consumers to compare environmental standards via carbon labels even though the majority of respondents think labels would help to do so. Greater and clearer use of carbon labels would help even more shoppers associate the importance of climate change with food purchasing." 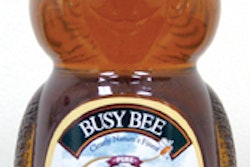 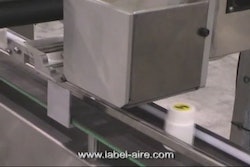 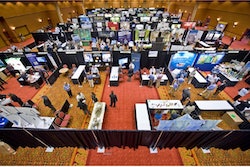