Are talking tags next?

Despite some bumps in the road to RFID implementation, vendors and others continue to leverage the technology and push it into new applications.

I’ve learned recently that voice-directed Warehouse Management Systems (WMS) is looking to tap the data contained in RFID tags to maximize the potential of both technologies.

The base technology directs warehouse workers using voice commands from headsets relayed via portable wireless computers that they wear. Instead of a note telling the worker to go to such and such a location to retrieve three cases of product, he or she hears the command.

One thing lacking in voice technology is verification, according to Tom Kerr, director of applied research for Vocollect (www.vocollect.com), a major player in voice-directed work.

Kerr’s group is developing the “talking tag,” where the information contained in the tag is converted to verbal commands to help companies direct work at the specific object level if necessary.

“Without voice, I have to trust that the worker is where he says he is,” says Kerr. “It’s an indirect verification step. With voice-directed RFID, I can direct a worker to a specific location to perform a task and then confirm it.

“Consider RFID tags at the locations or on the cases or on the items that he or she is working with and wearable RFID readers that integrate with the mobile voice computer. Now you can confirm that a worker is at a specific location if they’re doing order selection, or receiving, or storage. That moves verification directly to where the point of work or ‘business event’ occurs.”

Another benefit is that users can verify the containers that they’re working with by reading the containers’ tags to confirm that they’re working with the right containers, says Kerr. “This also means finding and correcting mistakes or exceptions at the source, which is the least expensive place in the supply chain to do that. For regulated industries such as pharmaceuticals, you can perform the authentication step there as well.”

Users may also gain a higher degree of accuracy building pallets of cases as directed by the voice-RFID system, Kerr adds.

Wearable RFID for voice applications should be available either this year or in 2008, according to Kerr. It is based on Electronic Product Code Class 1 Gen 2 technology. 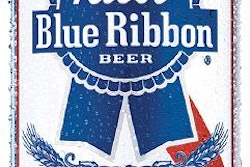 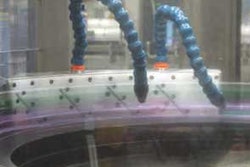 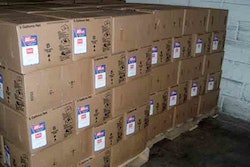