Training is serious business at Rexall Sundown. A new manager is responsible for training packaging mechanics, and a seven-tiered curriculum for training machine operators debuts in January.

Pat Reynolds
Photo (above) shows Nick Marinaro (at right) running through a training session on a labeler with mechanic Ramon Pichardo. Photo

Packaging operations training doesn’t occur magically. To be effective, it must be well thought out, carefully planned, and then diligently executed.

It also helps to have enthusiastic support from top management. A good example of this can be found at Rexall Sundown of Boca Raton, FL. This leading manufacturer of vitamins, herbals and nutrition supplements says it became the first nutrition supplement company in the U.S. to have an employee become a certified GMP Trainer. In May, Steve Christian, operations training manager, completed a comprehensive program approved and monitored by the GMP Institute (Cincinnati, OH), a well-known training center. His achievement didn’t go unnoticed by Rexall Sundown’s top brass.

“We are extremely proud of Steve, the commitment he has shown in completing this intensive program, and the distinction he has brought to the company,” says Damon De Santis, president and chief executive officer at Rexall Sundown. “This reflects our continuing leadership in the nutritional industry.”

As operations training manager for a company employing some 1괌 people in two locations, Christian’s efforts aren’t limited to employees who operate packaging machinery. But the packaging function, Christian tells Packaging World, is a crucial cog in the Rexall Sundown system. So the training of operators who run the 13 packaging lines in the firm’s Deerfield, FL, packaging plant is high on his list of things to do, says Christian.

“A fundamental concept we’re trying to implement is what we call our ‘Reliability Program,’” says Christian. “Packaging line balance is a key component. We want operators to understand the whole concept of packaging line speeds being balanced properly. That if one packaging machine isn’t running properly, you don’t just turn up the speed to have it run faster, because that can create an imbalance that causes bigger problems down the line.”

The mechanics who keep Rexall Sundown’s packaging lines humming are also in the training loop. In fact, early this year the firm hired technical trainer Nick Marinaro and made him responsible for training mechanics.

“He doesn’t work exclusively with mechanics,” says Christian. “Sometimes he functions as a liaison between packaging machine operators and mechanics. But a lot of his time is spent with the mechanics. For example, he’ll train them on how best to organize a preventive maintenance schedule, or how to ensure an effective lock-out/tag-out program.”

“Lock-out/tag-out,” common in plants that operate packaging lines, is essentially a safety program. It’s designed to ensure that when safety guards on a machine have been removed so that maintenance can be performed, that machine is locked in a way that prevents it from being started. The machine is also tagged with an explanation describing when it will return to service. One of Marinaro’s training initiatives is making sure that the mechanics’ execution of the lock-out/tag-out program is first-rate.

While much of the mechanics’ training activities take place in Marinaro’s shop, packaging operator training is more likely to occur out on the floor at Rexall Sundown.

“As much as possible, the training is done during the course of the operator’s shift,” says Christian. “There is a half-hour overlap between shifts where one shift is coming on and another leaving. We try to do as much as we can during that time, and when we do, we see a good response.”

Other times it makes more sense to take a small group aside in more of a classroom or lab setting, says Christian. When this approach is taken, he adds, there is a concerted effort to keep the focus on “training” as opposed to “education.”

“We can always ‘educate’ by putting 100 operators in the cafeteria together and have them all nod their heads and walk out. But we’re trying to avoid that. We want to make sure that training is taking place, that they know the operation when they leave.”

Another concept recently implemented at Rexall Sundown is something suggested by consultants from PricewaterhouseCoop-ers who recently analyzed work flow at the packaging plant. Christian calls it the “One-Point Lesson,” or OPL.

“We know a concept like reliability or line balancing can’t be trained in one fell swoop,” says Christian. “Bits and pieces in five- or 10-minute lessons, however, can be very effective. One lesson might be on line speed and how to adjust it on the cottoner, for example, or on the labeler. We go right out to the piece of equipment, sometimes with the plant manager, and conduct the training there.”

One of the newest training initiatives at Rexall Sundown is the Visual Workplace Curriculum, scheduled for implementation next January. The courses that make up the program are shown in the sidebar (at right). In the language and math courses, if a basic proficiency can’t be demonstrated, the company will provide extra training in that area.

As workers progress through the various levels in the program, they will be given green, yellow, red, brown and black patches to be worn on their uniforms to mark their progress. This is why the program is called the “Visual” Workplace Curriculum. The patches not only give recognition to workers for their progress, they also help a new employee know visually, without having to ask around, which coworkers are more experienced if a question about machines, methods, first aid, or other relevant facets of the operation should arise.

“It’s a new program, so anyone who enrolls will start from scratch,” says Christian. “Some will be able to pass a proficiency test for certain courses, so they’ll probably pass pretty quickly through the green and yellow levels.”

Moving up to or beyond the brown level could prove pretty challenging. The trainee will need to master about 65 OPLs and 20 SOPs (Standard Operating Procedures).

Dovetailing with the Visual Workplace Curriculum is a program called “Ticket to Ride.” When supervisors or managers observe something that has been done well, they give the employee who’s responsible a “ticket to ride.” The employee’s ticket goes into a monthly drawing for free trips to places like Disney World, and then twice each year all the tickets are entered into a drawing for a new car.

“The Ticket to Ride program becomes an incentive for packaging machine operators to enroll in the Visual Workplace training curriculum, because it’s logical to assume that the better trained you are, the more likely you’ll start receiving tickets to ride for things you do well in your daily performance,” says Christian.

Christian also relies on assistance from the local board of education for help in what is generally described as “remedial” education.

“It’s a major program I’m working on right now,” he explains. “Not only English as a second language, but also the whole issue of literacy. I’ve had local school board representatives in to work with us on some basic testing of employees to identify what levels of proficiency they show.”

What all of it boils down to, says Christian, is continuous improvement, a process that, at Rexall Sundown, is embraced from top to bottom.

“It has to be a combined effort,” says Christian. “It has to be managers working with mechanics, operators, consultants, and so on. We’ve put all that together here and have begun to see a dramatic improvement in reliability across the board.” 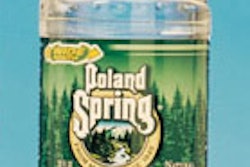 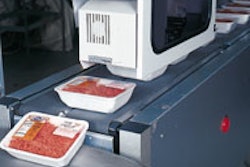 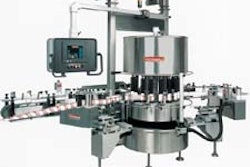