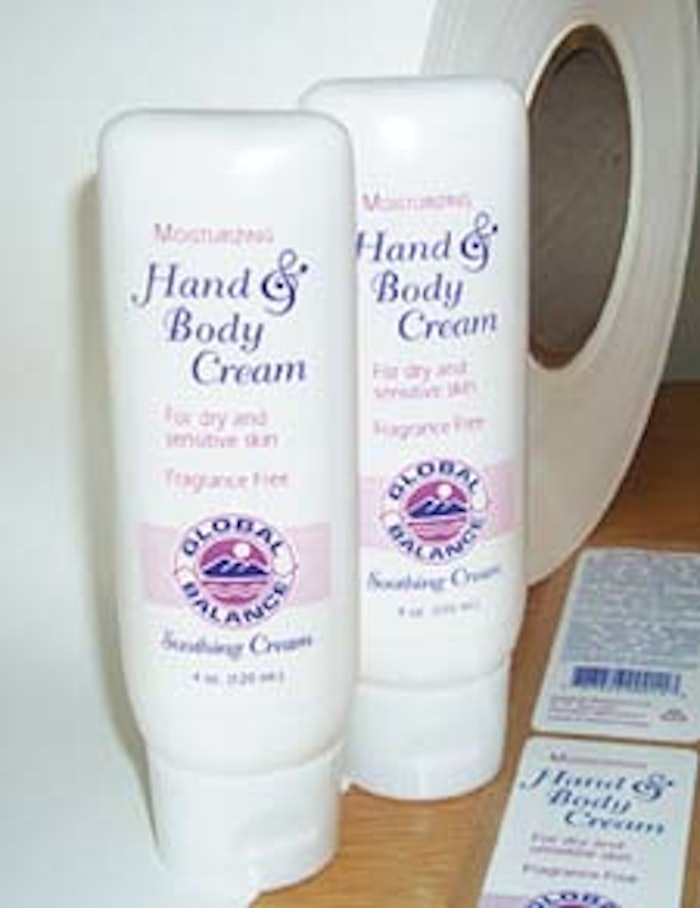 When Global Balance Co. introduced its Hand and Body Cream Moisturizer a few years ago, the company selected the smallest possible jar size. Because consumers applied the moisturizer by repeatedly dipping their fingers into the 2-oz glass jar, marketers at the Newton, MA, company reasoned that the sooner the small container was emptied, the less chance for contamination.

But as company president Allan Benjamin studied the container not long ago, he decided that as long as people were dipping their fingers into the product, even the smallest package size couldn’t keep the product hygienic enough by his standards.

In addition to hygiene, the 2-oz jar drew other complaints from consumers. “People thought it would break, they wouldn’t take it when they went camping or traveling, and women couldn’t put it in their pocketbooks,” Benjamin says. “That’s when I thought about how I could do something differently.”

Benjamin wanted a container that was either recyclable or made of recycled material. He chose a new 4-oz high-density polyethylene tube from distributor DCS Services (Madeira Beach, FL) topped with an injection-molded polypropylene stand-up closure from Seaquist Closures (Mukwonago, WI). Benjamin says sales have jumped 300% since the transition from glass to plastic. “The glass jar was not a huge success. It got lost on the shelves,” he says, adding that the new package and label make the product more accessible.

After Global Balance made its packaging more appealing from a hygienic standpoint, the challenge was to find a label that would conform to the new package’s shape. After some preliminary research, Benjamin contacted FLEXcon (Spencer, MA).

“I sent them my bottle, and they analyzed it for adhesion,” he says. “Then they did some studies for me on which type of material would work better.”

Benjamin says his major concern was that if the label material wasn’t flexible enough, it would wrinkle on the tube. He found a wrinkle-resist material with FLEXcon.

The labels are 3.8-mil white matte PE with a permanent acrylic adhesive. The film is converted by Grafstick (Stoughton, MA), where it is flexo-printed in two colors with water-based inks.

One adjustment to the label structure was the addition of a clear PP layer that’s laminated over the print. Without this protective layer, says Benjamin, the water-based inks began to fade two to three months after the cream was purchased. The laminated label offers a glossy look that Benjamin says gives the product more high-end appeal. The pressure-sensitive labels are hand-applied after bottles are filled at Global Balance’s Newton manufacturing facility. Benjamin estimates that the cost of the jar with front label is similar in price to the tube with front and back labels.

Benjamin believes the white matte p-s label blends in nicely with the HDPE container, creating a no-label look on the bottle. And he credits the new labels with much of the product’s new-found success.

The tubed Hand and Body Cream is currently sold in supermarkets, health-food stores and nutrition centers on the East coast for $4.89.