Agency blocks the first effort to use a new expedited approval process for health claims on package labels. Who will try next?

The U.S. Food and Drug Administration turned back the first effort by a food or dietary supplement manufacturer to use a new, expedited approval process for health claims on package labels. In June, FDA denied a request by Weider Nutrition Intl., Inc., Salt Lake City, UT, to use nine health claims on packages the company claimed were justified based on "authoritative" statements from U.S. scientific agencies. The FDA's denial was in the form of nine separate interim final rules, each for one of the applied-for claims. The FDA Modernization Act of 1997 allowed companies to notify the FDA they were going to use new health or nutrient content claims on product labels as long as those claims were backed up by authoritative statements. To quali-fy as authoritative, the statement must be from a scientific body of the U.S. government that has official responsibility for public health protection or research directly relating to human nutrition. The FDA has 120 days to reject the claim. The 120-day clock expired on the nine Weider applications on June 22, occasioning the interim final rule, which the FDA accompanied with a call for public comments. Jim Hine, vice president of marketing for Weider, says the company "plans to talk some more to the FDA." He adds, "We wanted to at least start a dialogue with the agency." At least one lobbyist for a nutritional products trade association was critical of Weider for the quality of the company's evidence submitted with each of the nine applications. This lobbyist, who requested anonymity, argues that by submitting weak evidence, Weider made it easy for the FDA to reject its applications, somehow "fouling the water" for food and nutrition companies who want to use the same expedited route in the future. In fact, trade associations such as the Council for Responsible Nutrition, American Herbal Products Assn. and National Nutritional Foods Assn. were unaware of the Weider applications until the FDA rejected them. The lobbyist says the trade groups could have helped Weider strengthen its applications. "It was an unfortunate first offering," he says. Weider's Hine answers that the company could have chosen to ask for the help of those groups. "But we felt it was a good thing to move expeditiously, in that it would serve everyone if the process closed quickly." Regina Hildwine, director of food labeling and standards for the National Food Processors Assn., also says the Weider applications "missed the mark." However, she sees a silver lining from the fact that the FDA rejected those applications based on technicalities. "The fact that the FDA did not add those nine claims to its statutory list of health claims that are not allowable leaves the door open for other companies to provide more authoritative evidence for them which the FDA could accept," she explains. "There is plenty of good news in this rejection." Christine Lewis, an FDA official, says she is unwilling to say whether other companies have submitted expedited applications. Currently, there is no requirement for the FDA to alert the public when the 120-day clock expires without the FDA taking action, in effect allowing those health or nutritional content claims to be used. Lewis acknowledges that this is a shortcoming. It exists because the FDA has not published even a proposed rule, much less a final one, on this expedited approval process. The FDA has published a guidance, but that has no legal force as a rule would have. How to notify the public about new claims that are allowed "is something we are carefully considering." Each of the nine Weider applications was different, of course. For example, one was for a claim making a connection between antioxidant vitamins C and E and the risk in adults of atherosclerosis, coronary heart disease, certain cancers and cataracts. Another was for vitamin A and beta-carotene and the same diseases, minus cataracts. Weider submitted plenty of evidence to back up its claims. The problem was that the FDA did not consider that evidence authoritative. For example, in conjunction with the vitamins C and E claim, Weider submitted a paper written by two employees of the Centers for Disease Control and Prevention (CDC), which is part of the Department of Health and Human Services. However, the FDA seized on a single sentence in the 20-page paper that states: "Nevertheless, many important questions need to be answered before either micronutrient supplements or food fortification can be recommended as a cancer prevention strategy to the general population." The FDA took that statement to mean that the evidence presented in the 20-page paper is what FDA calls "preliminary or inconclusive." Moreover, when queried, the CDC told the FDA that the paper submitted by Weider was not an authoritative agency statement because it does not reflect consensus within CDC and was not published by CDC. A second paper submitted by Weider for the same claim, this one from scientists employed by the National Institutes of Health, contains a proviso: "More research is needed before specific recommendations can be made." 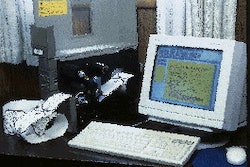 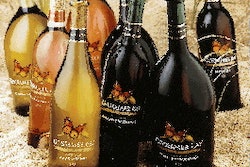 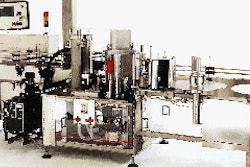