Sebastian Intl.'s anti-diversion holographic labeling program, started in May 1997, has successfully tracked down distributors and salons that have been selling Sebastian hair-care products to unauthorized retailers, says Mark Riedel, general counsel for the Woodland Hills, CA, company. Since Sebastian's inception 25 years ago, it has sold its products only to salons through a network of distributors. The reason for this, Riedel says, is that a small company like Sebastian can't compete with large companies like Procter and Gamble on mass retailers' shelves. "[Procter and Gamble] spends more money in one year on advertising than our entire company makes [in one year]," he says. Sebastian distributors are under contract to sell only to salons, and salons are under contract to sell only to consumers. So how do Sebastian products become diverted to big-name retailers? Riedel says agents from diversion companies, whose business is buying products from distributors and selling them to mass retailers, approach Sebastian distributors and offer them money to sell the agents extra products. "So what these agents do is essentially bribe my distributors and salons to breach [their] contract or interfere with my contract." These agents then can sell the Sebastian products to stores for a higher price, Riedel says. Before May 1997, Sebastian used a "primitive" coding system to identify what Riedel calls "faithless salons and distributors." Operators at Sebastian plants would mark the underside of a hairspray cap on an ad hoc basis to identify distributors or salons that were suspected of diverting the products. "It was primitive, labor-intensive, and I don't think it was particularly effective," Riedel says. For the past two years, Sebastian has been implementing what Riedel considers a more competent solution. Sebastian now automatically applies a holographic label that includes a bar code and an alphanumeric code to the back of its top 15 SKUs. Each distributor and salon is assigned its own alphanumeric and bar code. When Sebastian agents enter a mass retail store and find Sebastian products there, they can quickly find out who sold the products to the store by scanning the bar code or recording the alphanumeric code. "We have the ability to trace every pallet, carton and case to our distributors and to our salons," Riedel explains. "So when our product is being sold in an unauthorized location, we're able to record the codes and find out where the leak in the system was." Riedel says the company chose a hologram simply because it's difficult to counterfeit. The hologram itself is a trademarked item, and tampering with the hologram is a violation of a federal trademark act, he says. For security reasons, Riedel wouldn't identify any of the label's specifications; he believes the information could be used to counterfeit the label. However, he did say the hologram is preprinted before application. Sebastian's tracking program has caused its share of controversy. In January, Albertson's, a supermarket chain headquartered in Boise, ID, filed an anti-trust lawsuit against Sebastian. Albertson's claims Sebastian's practice of selling only to salons is a violation of the Sherman Act, which makes it against the law to make an agreement to restrain trade and to inflate prices. A statement from Albertson's media relations department states: "Buying and reselling genuine 'salon only' products is legal...Albertson's acquires these genuine products on the open market for resale to our stores...The wide availability of some salon products outside the salons themselves suggest that some salon manufacturers produce more product than can be sold by their own salon members." Riedel says that due to the success of the new labeling program, retailers like Albertson's are finding it increasingly difficult to get ahold of Sebastian products. This frustration, he says, prompted the lawsuit. A spokesperson at Albertson's, however, claims the holographic tracking program has nothing to do with the suit. Another problem: Some distributors have resisted being tracked simply by peeling off the holographic label. This editor has been to stores that sell Sebastian products and found only a sticky residue where the label had once been. Riedel says 16 or 17 states make it a crime to remove the labels with intent to resell the product. "[Police] just arrested someone in California that was running a decoding operation. And I believe there's other grand jury indictments against other entities involved in that conspiracy. So you can take [the label] off, but you have to pay the piper," Riedel quips. A hearing in Albertson's suit against Sebastian is set to take place as Packaging World goes to press. c 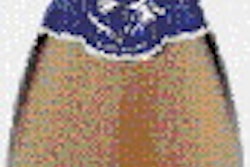 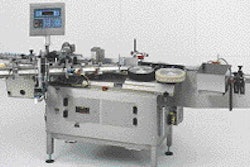 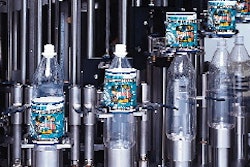