Beverage firm plans to continue expanding its use of recycled materials, with the aim of reaching 50% recycled plastic by 2025. 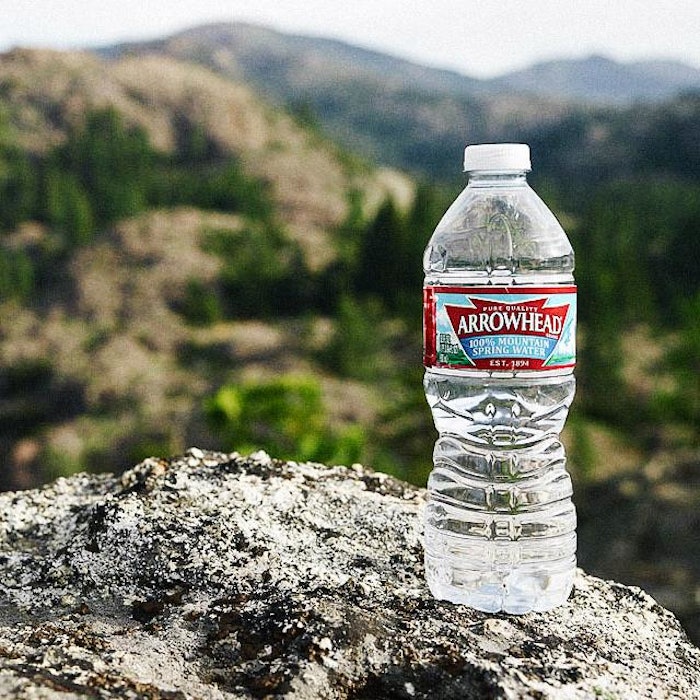 Beverage firm plans to continue expanding its use of recycled materials, with the aim of reaching 50% recycled plastic by 2025.

To achieve its goals, Stamford, CT-based Nestlé Waters North America is expanding its relationship with supplier Plastrec and working with other suppliers to support the company’s ability to nearly quadruple its use of food-grade recycled plastic, or rPET, in less than three years.

The company’s announcement follows last month’s news pertaining to the expansion of its partnership with CarbonLITE, as the rPET supplier builds a third U.S. facility in Pennsylvania.

“We want to take the ‘single’ out of ‘single-use’ bottles,” says Fernando Mercé, President and Chief Executive Officer of Nestlé Waters North America. “Our bottles were never meant to be thrown in the garbage—we carefully design them to be collected, recycled, and repurposed. PET plastic is a valuable resource that, if recycled properly, can be used to create new bottles again and again. We’re proving that it can be done by making bottles out of other bottles, not 10 years from now, but today.”

Nestlé refers to a 2016 Ellen MacArthur Foundation report, “The New Plastics Economy: Rethinking the future of plastics,” that found that most plastic packaging is used only once, and that 95% of the value of plastic packaging material, worth $80 to $120 billion annually, is lost to the economy. Nestlé Waters’ latest milestone positions it to play a greater role in addressing the nation’s growing recycling challenges while unlocking the economic and environmental benefits of treating plastic as a valuable resource rather than as a waste product.

Beyond its multi-year supplier agreements, Nestlé Waters continues to make indirect investments in recycling infrastructure in the U.S. through its $6 million investment in the Closed Loop Fund. In municipalities such as Waterbury, CT, for example, the investment fund is supporting enhanced recycling programs with a goal of increasing the current city recycling rate from 6% to 25% by 2020. Just recently, Closed Loop Fund announced a $1.5 million investment in rPlanet Earth, the vertically integrated manufacturer of post-consumer recycled PET.

Earlier this year, as a result of Nestlé Waters’ relationship with Plastrec, the company unveiled a new 100% rPET Nestlé Pure Life®bottle, which it refers to as the only major nationally distributed bottled water on the market to be made using 100% recycled plastic.

Nestlé SA’s broader ambition is to develop a circular economy for plastics and to prevent packaging from ending up as litter. The global company recently announced that it has signed the New Plastics Economy Global Commitment to work collectively to address the root causes of plastics waste and pollution.

Nestlé Waters North America’s packaging, which is predominantly made using PET plastic, is already 100% recyclable. The company views its push toward using more recycled materials to be its next phase in making its packaging more sustainable and addressing plastic waste.