Film up 3% in 2015, while the recycling rates for non-bottle rigid plastic packaging dips 4%. However, rigids still up nearly four times 2007 levels. 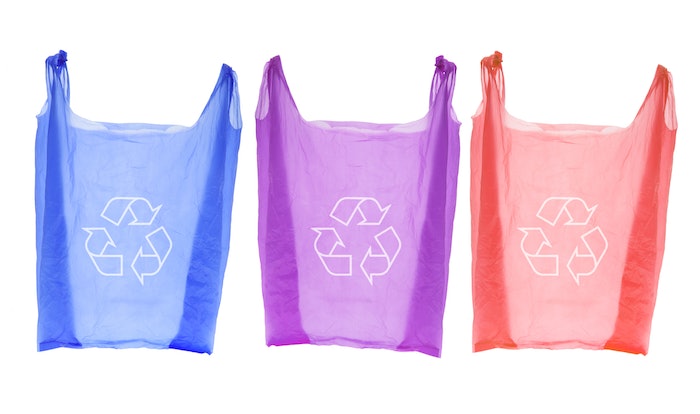 Plastic film continues to be one of the fastest growing areas of recycling.

The recycling of plastic wraps, bags, and other film packaging grew 34 million pounds, or 3%, in 2015 to reach a minimum of nearly 1.2 billion pounds for the year. This marks the eleventh consecutive year of increases and the highest annual collection of plastic film since the survey began. Plastic film recycling—a category that includes flexible product wraps, bags, and commercial stretch film made primarily from polyethylene—has increased nearly 84% since the first report was issued in 2005.

Released at the Plastics Recycling Conference, the “2015 National Post-Consumer Plastic Bag & Film Recycling Report” also found that film processing in the U.S. and Canada increased 11% for the year, while exports declined by almost 4%.

Plastic film continues to be one of the fastest growing areas of recycling. According to the EPA’s 2014 Advancing Sustainable Materials Management report, the plastic film recycling rate is 15%.

A separate report found that the post-consumer recycling of non-bottle rigid plastics (rigids) has grown 280% since tracking began in 2007. Rigids recycling generally held strong but dipped by 45 million pounds, or not quite 4%, to a minimum of 1.24 billion pounds in 2015. The “2015 National Post-Consumer Non-Bottle Rigid Recycling Report” also found that about 67% of the rigid plastics collected were recycled in the U.S. or Canada, with the remaining exported overseas.

Factors that contributed to the recent leveling include challenging market conditions for commodities in general, increased competition from virgin plastic materials, and weakened demand in Asia. Higher-quality bales (clean, single resin) fared better than mixed materials as they are less costly to reclaim.

“America’s plastics makers are committed to supporting continued long-term gains in plastics recycling through public policy, infrastructure improvements, and education,” says Russell. “We believe states’ recycling goals and brand-owners’ commitments to use more recycled plastics are helping to create greater stability and demand in the industry.”

As in prior years, polypropylene and high-density polyethylene comprised the two largest resins in this category, representing 41% and 33%, respectively, of total rigid plastics collected.

Both the film and rigids reports were based on an annual survey of reclaimers conducted by More Recycling (formerly Moore Recycling Associates, Inc.).

Based on online clicks and unique page views, we are counting down the Top 10 articles of 2021. Check out this March 2021 article, #3 on our countdown, on Nestlé's transition from plastic to paper on 419 SKUs of candy.
Dec 31st, 2021
More in Sustainability