To Regulate or Not to Regulate?

As power changes hands in Washington, some change in federal policy toward sustainability is also expected, and that might involve packaging, especially plastics. 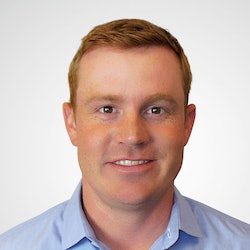 As I type this on January 20th, President Biden is being sworn into office after a tumultuous few months of politics. What that will mean to we who labor in the packaging arena isn’t entirely clear, but it’s probably a safe bet that we’ll see a tilt toward more regulation aimed at protecting the environment. And since consumers have long viewed packaging waste, particularly plastic, as an environmental villain, we should probably expect a renewed interest in some form of regulation seeking to address packaging waste.

The outgoing administration, of course, was big on deregulation. Critics of this approach lamented that deregulation is a way for government to shirk its responsibility for tackling perceived plastic waste by naively assuming that CPGs and brand owners would tackle the problem on their own. Those same critics felt that only legislation would keep private enterprise accountable. But the legislation proposed was often stark and impractical, coming as it did in the form of bans on plastic that had the potential to destabilize supply chains and, worse, make it difficult to distribute food and essential items like medicine.

Not all legislation fit this description. Take, for example, the Save our Seas Act 2.0 that was signed into law in December with bipartisan support. The bill not only seeks to reclaim ocean plastics for forward use in a circular fashion but also encourages investment in the infrastructure needed to create a circular plastics economy. Naturally, an organization like the Ellen MacArthur Foundation that is dedicated to fostering a circular economy approves of such legislation. But so does PLASTICS (known as the Society of the Plastics Industry until a 2016 rebranding), the trade association representing the plastics industry. Its CEO Tony Radoszewski wrote a letter to then President-elect Biden pledging to work closely with the new Administration to continue these efforts, both on collection and infrastructure. Such initiatives are fundamentally global in nature, which is encouraging because it means the U.S. doesn’t have to go it alone.

As we look back at the past four years, what’s fascinating is that even though the deregulation-minded administration’s rule of thumb was that for each new regulation, two others needed to go, brand owners and CPGs have made remarkable strides in producing more sustainable packaging and advancing recycling. But they’re doing it because they’re listening to the consumer, not because legislation is forcing their hand. They’re holding themselves accountable via self-imposed sustainability goals, with aggressive but realistic timelines of 5, 10, 20 years to soften the adoption curves.

Equally fascinating is the amount of innovation we’re seeing on the chemical recycling front, some of it potentially transformative. Check out the cover story on page 22 to learn how Unilever launched the first ice cream in plastic packaging that is truly circular thanks to advanced polypropylene recycling technology. Or check out a brief session from PACK EXPO Connects (pwgo.to/5989) on the potential for syngas in recycling all waste, not just plastic.

And then there’s all the new stuff that keeps pouring into our email in-boxes here at Packaging World. Like Berry Global’s December 13 announcement that it has created a fully recyclable, single-substrate packaging solution for tubes that will make them more recyclable. This development emerged through a partnership with research and consulting company More Recycling, and research from this group influenced the Association of Plastic Recyclers to recognize the Berry Global tube as recyclable in the HDPE bottle stream. One month later we got a press release from Mura Technology out of the UK announcing a “groundbreaking” technology capable of recycling all forms of plastic waste. Called Cat-HTRTM (Catalytic Hydrothermal Reactor) technology, it uses supercritical steam to convert plastics back into the chemicals and oils from which they were made. The supercritical steam acts like molecular scissors, cutting the longer-chain hydrocarbon bonds in the plastics to produce shorter-chain hydrocarbon products. These are then ready to be used to produce new, virgin-grade plastic and other materials, or sustainably reused in other sectors, such as in roads.

Keeping an eye on these new technologies will be essential moving forward—regardless of who’s in the White House. We’ll also need to monitor emerging legislation like the Break Free From Plastic Pollution Act of 2020, which may cross the President’s desk in 2021. The bill formally introduces a container deposit system, a form of Extended Producer Responsibility (EPR). As Mike Richmond of packaging consultancy PTIS points out on page 9, EPR might be in the cards for the U.S.