Single-use coffee cup for airline use is 100% recyclable

A distributor of supplies to the airline cabin industry adopts coating technology that allows its disposable paper cup to be universally recyclable. 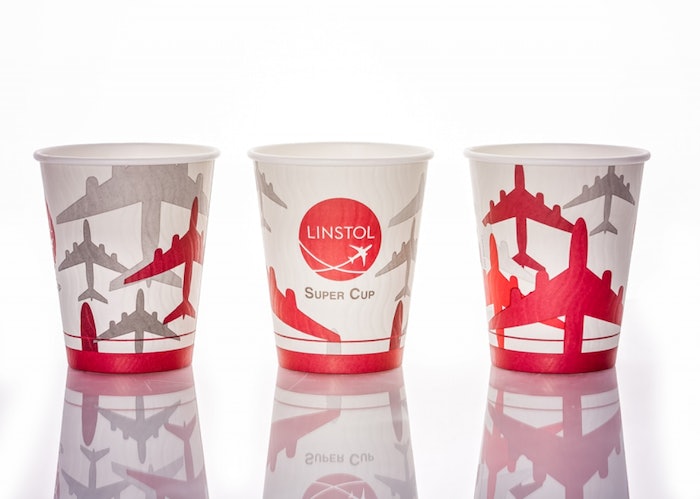 Linstol, a distributor to the airline cabin product industry, has completed a license agreement with Smart Planet Technologies to use the supplier’s EarthCoating for its new Super Cup paper cup.

Traditionally, disposable paper coffee cups are difficult to recycle because of the plastic coating used on the inside of the cup. Instead, Smart Planet reports, it is estimated that 15 billion coffee cups wind up in U.S. landfills annually.

Says Linstol CEO Mark Russell, “Helping reduce our airline alliance partners’ environmental footprint is an initiative that is at the core of who Linstol is.”