Reynolds began his packaging journalism career in 1983 with Packaging Digest; ten years later he joined Summit Publishing Company for the launch of Packaging World. In 2002, he became to Editor in Chief of Packaging World where he served for 16 years.

After nearly 40 years covering advancements in the packaging of consumer goods, Packaging World’s VP Editor Emeritus, Patrick Reynolds, has announced his retirement. Packaging World is the flagship brand of PMMI Media Group, a division of PMMI, The Association for Packaging and Processing Technologies. Under the tutelage of PMMI Packaging Hall of Fame Editor, Arnie Orloski, Reynolds was a founding member of the team who launched Packaging World in January 1994; his informed editorial and insightful commentary will be missed by the industry about which he wrote for so many years.

Reynolds began his packaging journalism career in 1983 with Packaging Digest; ten years later he joined Summit Publishing Company for the launch of Packaging World. In 2002, he was promoted to Editor in Chief of Packaging World. During his 16 years at the helm, Reynolds reported on countless developments in packaging equipment, materials and technology. An active participant in the global packaging community, Reynolds was a sought-after speaker and also a member of the International Packaging Press Organisation – a group he values for the friendships he’s made and the travel opportunities it afforded. In 2018 Reynolds became VP Editor Emeritus of Packaging World and in 2020 he was inducted into PMMI’s Packaging & Processing Hall of Fame. 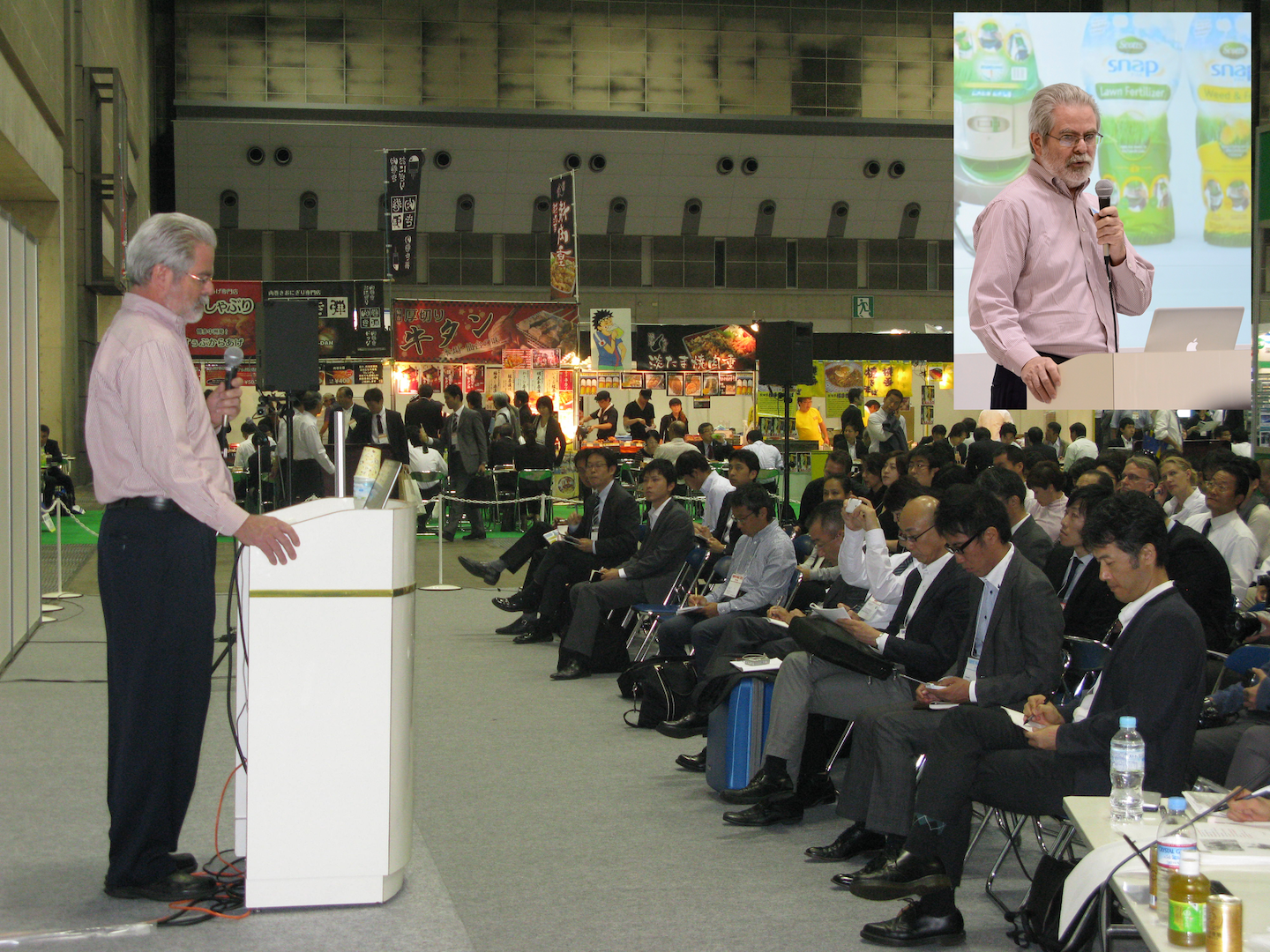 Reynolds presents at TokyoPack in 2012.

Comments PMMI Media Group’s VP Content & Brand Strategy, Jim Chrzan, “Pat is an exceptional editor and a much-valued colleague. He has an insatiable curiosity about packaging and shared his excitement in a way that appealed to a wide variety of readers over the years. Pat enriched our company with a wealth of industry knowledge and an editorial vision; his daily presence will be missed by us all. The good news is that he'll still be facilitating our annual PACK EXPO Innovations Report in the January issue of Packaging World and some occasional special assignments.”

PMMI Media Group President and Publisher of Packaging World, Joe Angel, shares his thoughts. “Having worked with Pat for 37 years, I’ve come to know him as a trusted colleague and friend and will miss our day-to-day interaction. Pat was an integral part of Packaging World’s success when we first launched and then guided us editorially in the following years. His knowledge of the packaging function, his skill and editorial credibility were critical in defining Packaging World as a publication of integrity and value. Pat was a professional who knew how to support and inspire his co-workers with grace and enthusiasm. I wish him much happiness in this next chapter, which fortunately will include a few projects with PMG.” -PW