Drones to Drop Blood Over Rwanda 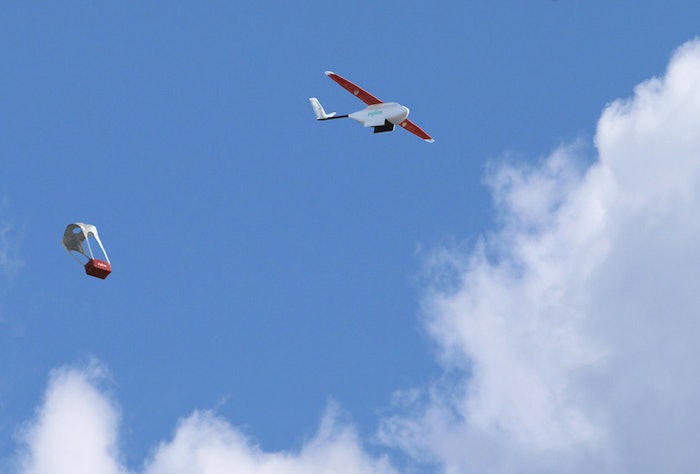 An October 13th Washington Post article put a spotlight on Zipline, a startup using drones to deliver medical supplies to remote communities. Their small robot airplanes, called Zips, are capable of traveling 150 km round trip to deliver vaccines, medicines, and blood. The first application of the concept will be delivering blood to health clinics in Rwanda.

Rather than driving several hours to the nearest blood bank, health workers can order a specific blood type via text. Within minutes, a Zip is prepared and launched into the sky, where it flies at speeds up to 75 mph before dropping a parachute carrying supplies over the target clinic.

“People have this sense that the U.S. leads the world in terms of technology and then Africa catches up, and I actually think that might be changing,” said Keller Rinaudo, Zipline’s CEO. “This is a great example. It’s actually smaller countries like Rwanda that are willing to take risks and actually invest in something radically new.”