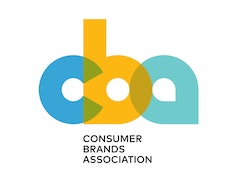 The Grocery Manufacturers Association has relaunched with a new name: the Consumer Brands Association. According to GBA, this marks a new era for the Consumer Packaged Goods industry and the consumers it serves. Says the association, it is a “relentless advocate” for product affordability, access, and innovation; eliminating consumer confusion; and solving large, vexing problems in the marketplace.

“The Consumer Brands Association is an entirely new organization with a focused, compelling agenda that establishes the industry as a champion of the billions of consumers it serves daily,” says Geoff Freeman, President and CEO, Consumer Brands Association. “We are on the path to providing the CPG industry with a platform and results unlike anything it has previously experienced.”

“Today’s business and policy environment requires a strong, strategically aligned industry organization guided by a consumer-first mindset,” says Jeff Harmening, Chairman of the Board and CEO, General Mills, and Chairman, Consumer Brands Association. “Our industry has evolved considerably in recent years, and the Consumer Brands Association will be a vital reflection of our united interests and alignment with today’s consumer.

These interests are reflected in findings from a new survey of industry executives from the association. The inaugural “Industry View 2020” shows that the overwhelming majority (86%) of CPG executives cite consumer expectations as the most influential force shaping industry decision-making and long-term success. CPG leaders also identified an inconsistent regulatory environment created by state-by-state policies as their top concern—ranking “complying with patchwork state regulations” as the number one issue impacting their business in 2020. The findings also show increasing concerns among CPG leaders regarding transportation costs and growing investment and prioritization around sustainability, echoing the agenda set forth by the CBA.

The CPG industry supports one in 10 American workers (20.4 million jobs) and is the largest manufacturing employer in the U.S., generating $1.1 trillion in labor income and contributing $2 trillion to the nation’s GDP. New research also shows that the industry is a constant presence in people’s lives with the average American using 42 CPG products every day.

“Few industries impact every household across the country. It’s our job to harness that reach to drive positive change—both for our members and for the millions of American families they serve every day,” says Freeman.

Cyberattacks in the U.S. have the highest cost of any global nation, with an average cost of $8.64 million per occurrence for companies suffering an attack.
Kim Overstreet
Apr 20th, 2021
More in Business intelligence

Five Post-COVID Trends that will Define the CPG Industry

According to the Consumer Brands Association, the post-pandemic outlook shows five major trends that will affect CPG companies, from consumer-influenced, to logistics and supply chain.
Kim Overstreet
Mar 31st, 2021

Consumers trend toward similar combinations of products when purchasing a basket, but the majority of flower consumers prefer to buy only flower.
Kim Overstreet
Mar 24th, 2021