Samples for use in retort food packaging will be shipped in late 2016, and full-scale sales are scheduled to begin in March 2017.

This new product maintains the oxygen, moisture vapor, and other barrier properties of GL FILM used for retort packaging, but has been reinforced by enhancing the PET film substrate to bring performance close to that of nylon film. Conventional packaging for retort generally consists of four layers: a heat-resistant resin layer, a barrier layer, a reinforcing resin layer, and a heat seal layer. However, the development of this new product has enabled retort packaging with just two layers. This makes it possible to cut CO2 emissions as much as 25%, compared with conventional retort packaging.

With Japan’s “super-ageing” society and an increase in the number of households in which both partners work, there is growing demand for products that cater to consumers’ needs for quick and easy preparation of healthy foods. The market for retort foods is growing every year based on its ability to be stored for long periods at room temperature. The market for packaging for such foods is expected to be worth ¥24 billion in 2018.

Packaging for retort foods and other items requiring storage over long periods must prevent the transmission of oxygen and moisture vapor to maintain the quality of contents. For this reason, aluminum foil is commonly used in such packaging. Due to increased environmental consciousness, the development of products that can be heated in microwave ovens, and the need to enhance quality assurance by using metal detectors, demand is growing for barrier film-based packaging.

Fill out the form below to request more information about Toppan Printing: Transparent barrier films for retort foods
Related Stories 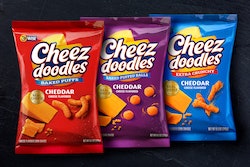 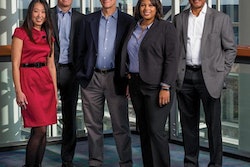 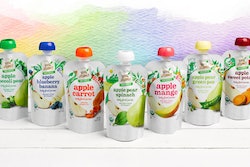