After a devastating fire that completely wiped out its plant, Pretzels Inc. management held periodic meetings like this one to u

Pretzels, Inc. discovered last year that sometimes a company has to stretch the definition of "meeting payroll" if it wants to retain its packaging personnel. This Bluffton, IN, snack foods manufacturer suffered a devastating fire on Christmas Eve. With operations completely suspended, management faced some tough decisions about its 168 hourly personnel, 100 of whom held packaging positions. But no time was wasted. "Immediately after the fire, we announced we would pay one-hundred percent of their wages for two weeks plus full benefits," says Ken Rauch, human resources manager. "We communicated with our people to let them know it was our intent to rebuild, and they wouldn't have to worry about their pay. Then we learned the fire was a case of arson, and the ensuing investigation made it harder for us to get into the plant and assess how long we were going to be down. So we authorized three added weeks of seventy-five percent of full wage plus full benefits, and after that, for the balance of the six-month period, we paid sixty percent of full wage and full benefits." Periodic meetings were held, too, at the Bluffton Town Hall, so that people could be updated on how the new plant was coming along. At the meetings, says Rauch, "We'd pass out the paychecks. We also handed out newsletters, and we showed video footage of the plant in reconstruction. We also had a company picnic. All of it was aimed at keeping people involved and maintaining loyalty." When Pretzels went back into production this summer, all but 12 of those 168 hourly employees were still with the company. And now they have a new plant to call home. "Before the fire we felt we were highly automated," says Rauch. "Now we're a world-class plant." 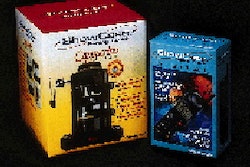 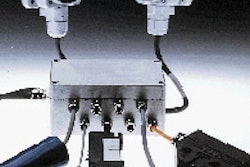 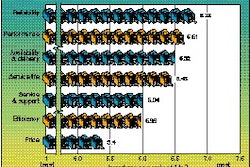