From the publishers of Packaging World, comes Mundo PMMI, a new Spanish-language media brand for professionals in packaging, food and beverage processing, and industrial automation in Latin America.

MundoPMMI.com launched this week with over 320 feature articles and 27 videos in the voice and language of the Latin American market. The new brand is produced by PMMI Media Group, a division of PMMI, The Association for Packaging and Processing Technologies and producers of the EXPO PACK México and EXPO PACK Guadalajara trade fairs.

Industry journalist Lilián Robayo heads up editorial for Mundo PMMI in her position as PMMI’s Latin American Media Director. She is based in Colombia and has nearly 20 years of experience covering the industry. Robayo explains that current demographic, economic and social factors in most Latin American countries have generated a growth in the consumption of goods that is driving demand for technologies and market intelligence by professionals who manufacture food and beverage products, healthcare and other consumer packaged goods. The Mundo PMMI brand fills this need for Spanish language industry and business information.

In addition to its website, the brand offers other channels for connecting manufacturers with suppliers of packaging and processing equipment, industrial automation solutions, technology and materials. Newsletters, social media posts, and the annual EXPO PACK Showcase offer opportunities for vendors to get in front of the 65,000+ individuals currently part of PMMI’s Latin American database.

Comments Jim Chrzan, PMMI Media Group’s VP Content and Brand Strategy “Manufacturing professionals in Mexico and Latin America have been highly responsive to the content published since the beginning of the year (via Mundo PMMI’s temporary home at Packworld.com), with an average of 4500 pageviews per month. Mundo PMMI fills a void in Spanish language technological and business information with original features by Lilián, plus articles from PMMI Media Group’s leading titles in packaging, food processing, and industrial automation.”

The launch of Mundo complements the significant and sustained growth of EXPO PACK México—in even-numbered years—and EXPO PACK Guadalajara—in odd-numbered years—as each continues to produce record-breaking shows that serve as the largest packaging and processing events in Latin America.

“Mundo has added so much to our EXPO PACK shows already, with Lilián leading Keynote speaker events in Guadalajara and pre-show press tours that truly reinforce PMMI’s commitment to the Latin American market,” says Jim Pittas, president and CEO of PMMI. “Going forward, we are excited about the many possibilities that the addition of Mundo will offer our Spanish language members and show attendees.” 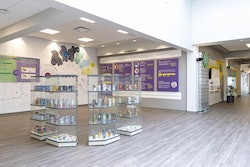 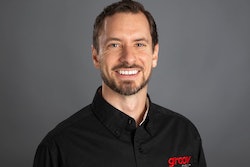 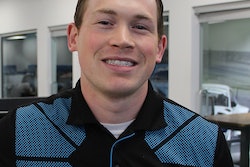