At PMMI's 2019 Top to Top Summit, manufacturers and machine builders discuss new ways to work together to get more products to market faster. It's exclusive, but we were there. Here are some early highlights.

Manufacturers and machine builders work closely together to get production lines up and running, but they don’t always communicate effectively about equipment issues or consumer trends that are impacting operations. That has to change, as the pressure to deal with more SKUs and to deliver products through e-commerce channels require faster turnaround times from everyone involved.

That was the message during the first day of meetings at the 2019 Top to Top Summit, an exclusive networking event for consumer packaged goods (CPGs) manufacturers and OEMs produced byPMMI, the Association for Packaging and Processing Technologies. The event, now in its 14th year, is designed to create closer connections between equipment suppliers and end users by facilitating strategic conversations that uncover issues and lead to product innovations.

During two panel discussions that covered the topics of mass customization and e-commerce, there was a clear emphasis on the need to make machines more modular and to have built-in intelligence to deal with faster changeover times.

Not only are there more SKUs and smaller batches, but there are new packaging requirements because consumers want more nutritional information and calorie counts. So machines have to be fast and flexible. That means they have to be modular, because it is expensive to modify customized equipment.

“We are working with OEMs to get better about speed,” said an operations director from a food manufacturer. “Because it’s not that the equipment isn’t being utilized, it’s just not being utilized correctly.”

To get the most out of the machines, there needs to be more collaboration between OEMs and end users in the early stages of design and development. And that means there needs to be cooperation on both sides. To that end, one packaging machinery maker noted that CPG customers used to demand certain components or control technologies in the machines, but lately they have been more interested in what the OEM is capable of supporting, including standards compliance.

“We’ve been collaborating with customers to identify the issues two to five years from now, which means we have to experiment sooner,” said a bag-making machine builder. Those same discussions can be applied to lower lead times, he said. “Know what you are looking for as early as possible and recognize the need to deliver faster by doing things with the supply chain to get you there.”

A Bigger Role for OEMs

Collectively, it was clear from the conversations at Top to Top that the role of the OEM is expanding.

“OEMs have to understand our business model,” said a manager for a large food and beverage manufacturer. For example, machines need to be delivered in shorter timeframes—and because many of the company’s new lines are intended to accommodate e-commerce products, they need to be able to run smaller batches.

It truly is a time of transition for the CPG industry as a whole. Many manufacturers are looking at e-commerce as not just a new channel to deliver the same product in the same package, but as an opportunity to figure out creative new ways to deliver new products for a digital market.

OEMs—if they accept the challenge—could be the key to success in these situations. “Our sales and marketing teams don’t know what to do, so it could be the OEMs’ time to shine,” said a packaging manager at a large CPG. “What can [the OEM] do to drive new capabilities and change the conversation of how those capabilities are utilized?” 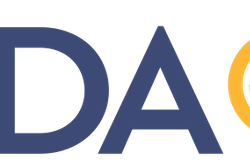 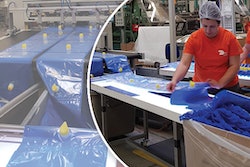 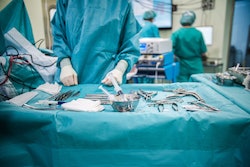