Brewers who are looking at various automation solutions, including automated data acquisition software, to help them cope with rapid growth should keep one thing in mind: Keep operations data in its own network and have it report out to an enterprise network. Otherwise, bandwidth issues could surface, and plant floor operations could be negatively affected.

Pat Reynolds
Representatives from two breweries at The Automation Conference 2014.

This was one of the recommendations to emerge from a May 20 panel discussion at The Automation Conference 2014, produced by Summit Media Group and held at the Chicago Marriott O’Hare May 20-21. On the panel were representatives of Sierra Nevada Brewing Co., based in Chico, CA, and Highland Brewing, based in Asheville, NC. Joining them was Randy Smith, CEO of Vicinity Brew, a provider of management software specifically for brewers.

According to Cory Ross, Senior Project Engineer at Sierra Nevada, despite the many things that all breweries have in common, they all do things differently. So brewery management software must be flexible, dynamic, and easily modified. “Structure and repeatability are obviously important in such software,” said Vicinity Brew’s Smith. “But it has to be flexible enough to permit a brewer to call an audible, because when it comes to brewing, no two batches are identical.”

It also helps, once you reach the size of a Sierra Nevada, if you can hire staff whose job it is to take responsibility for that software as opposed to expecting someone who also has beer-making responsibilities to be responsible for such software. As Ross put it, “Once you have an SQL database, it’s only as good as the data you put into it. That takes time and energy.” That's why relying on people who are busy making beer  to also manage and monitor software is probably not a good idea.

This is a dilemma for a smaller brewer, said John Lyda and Kevin Wheeler of Highland Brewing. “We know the art of making beer,” said Wheeler. “It’s hard to let go of that art, and frankly we don’t want to. Yet we need automation in order to grow.” That means hiring people with a very different skill set.

Another huge question is how much data is required? Should the software poll every minute, every second, every microsecond? Enough polling is a good thing, said Ross, but with too much polling you run the risk of latency rearing its ugly head.

One area where Highland Brewing’s Lyda thinks a software solution could be extremely helpful is in managing all the paperwork required by the Alcohol and Tobacco Tax and Trade Bureau (TTB). Elsewhere, his colleague Kevin Wheeler sees opportunities in better integrating laboratory software with other systems in the business. Software could also be helpful in reaching a better balance between what’s in the warehouse and what’s being manufactured, said Wheeler.

Despite the many challenges involved in coming up with and implementing management software, the end result makes the effort well worthwhile, said Ross. “Once you have a networked plant, the accessibility of information is amazing, and you can really learn a lot,” said Ross. He urged brewers who are evaluating management software to design with expansion in mind. He also offered these tips:
- Define the REQUIRED data
- Let the machines do their jobs
- Design for Island Operation in the event that a network failure occurs
- Design the network to be flexible, managed, and secure
- Don’t go overboard with Data!

In a Q&A session following the panelists’ remarks, an audience member asked how Weihenstephan Standards or the PackML standard enter into the data acquisition and management software picture. “Some OEMs offer such standards, some don’t,” said Ross. “But it’s pointless to get into an argument over standards with an OEM.” 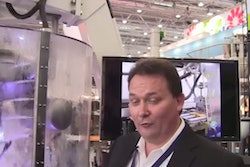 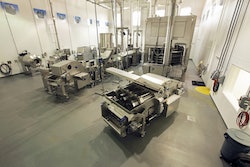 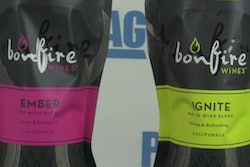 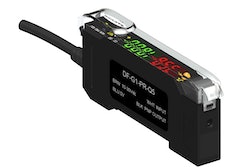